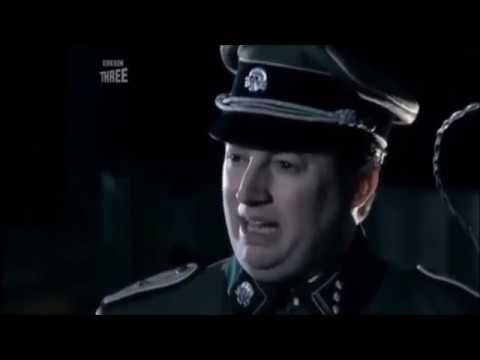 Thanks to LC, GLOR Readerjp, who points out the following in comments:

Yep, did that a long time ago, way before the war even started. But he and his “government” are the very model of a modern, free, democratic government.

Indeed. Nobody but official government “media” are allowed to report on anything. Anything at all.

He’s arrested his political opponents. He has sent soldiers into churches.

That too. “Freedom of religion and speech? Nothing we support in the U.S. anymore.”

Zelensky’s secret police have raided monasteries across Ukraine, even a convent full of nuns, and arrested dozens of priests for no justifiable reason whatsoever and in clear violation of the Ukrainian constitution, which apparently no longer matters.

Much like our own, according to the current regime here at home.

And in the face of this, the Biden administration has said nothing.Last week, he announced his plan to ban an entire religion, the Ukrainian Orthodox Church – more than a thousand years old – and to seize its property, all for being insufficiently loyal to his regime. A free country does not ban a major religion.Nor is it permissible in time of war to place soldiers in churches. It’s wrong to arrest dozens of priests. It’s a war crime. And he’s doing it to a Ukrainian church!

We remember more sane times, when we protested Adolf Hitler doing the same to synagogues. We don’t live in those times anymore.

Joe Biden remains silent about all this – of course.

So is the Deep State – and the Uni-Party. The establishment media have fawned over him since Day 1, with Time magazine this week naming him “Person of the Year.”

Here’s Lindsey Graham: “To the Ukrainian people, you can expect the Congress to be there with you in terms of supporting your efforts to maintain your freedom.”

With “freedom” like what dissidents in Ukraine now “enjoy”, who needs fascism?

Here’s Biden’s mouthpiece, Karine Jean-Pierre: “Everything that we can do to be helpful to them as they fight for their freedom [we will do].”

Here’s Sen. Chris Coons, Biden’s shadow: “I think the history of the 21st century turns on how fiercely we defend freedom in Ukraine.”

You know what Big Tech and the U.S. media are like. Ukraine is worse. The Zelensky government bans all opposition voices and parties. Priests are arrested. Is that freedom?

In today’s United States of America, once the bastion of freedom? Yep. “You’re free to say or do whatever we allow you to say or do.”

I admit it: I was fooled by Zelensky and Ukraine

Meanwhile, our Congress just approved another $38 BILLION in aid for Ukraine.

And the Uniparty will keep doing it too.

We’ve said this time and time again, but we’re just a “Putin apologist”, so what do we know?

Idiots all over this once proud nation of ours still believe, thanks to the UniMedia, that this war started in February of 2022. It didn’t. It started in 2014, when the newly installed regime in Ukraine took power after the coup that we created, and immediately decided to commit ethnic cleansing and genocide against ethnic Russians. They’ve been systematically murdering and bombing civilians in the Donbass ever since, bragging about how “Ukrainian children would go to school and play in the parks while Donbass children cowered in basements” (Poroshenko’s words, not ours), giving their Nazi Azov and Aidar “battalions” free reign raping, murdering and torturing anybody who wasn’t “sufficiently Ukrainian” according to their metrics (look into the burning alive of 40 ethnic Russians in Odessa when they sought refuge from the Nazi mobs in a trade union house), executing prisoners of war and so on and so forth.

Having their “definitely NOT Nazi” paramilitaries parade around with swastikas, SS divisional insignia, including that of the most notorious of them all, the Dirlewangers, declaring the birthday of a documented Nazi war criminal, Stepan Bandera, a NATIONAL FUCKING HOLIDAY!

Look through the Ukrainian Nazi regime’s statements, diktats and “laws”, substitute the word “Jewish” for “Russian” and tell us, with a straight face, that we’re NOT the baddies for supporting what our grandparents’ generation gave their lives to defeat.

We fucking well dare you.

Yeah I saw the Orthodox church ban bill recently and was agast. Zelensky thinks to ban the #1 religion in Ukraine? Hoo boy.
As far as that aid goes, how much is kicked back to US politicians (with 10% to the big guy, natch)?

Does anyone know if there is any oversight on where that money goes?

Zip, zero y nada as far as the uniparty is concerned.And in the unlikely event there is a serious effort of accounting, official records will mysteriously have vanished.
Hell the Pentagon can’t account for billions in materiel, expect anything different from the people that never pass an audit? Please!

You mean we just hand out money like Halloween candy to anybody who asks? Or is this like when Obama treasonously sent pallets of cash to Iran?

Is the money going to arms firms or to Ukraine’s bank account, with a slight detour to politicians?

Ugh. I wondered what was up…. If everybody is praising Zelensky, then something is off. Thatcher was a Lady, and a Leader, and she was tarred by the press for doing her job. So… Now supporting the Nazis against the Commies.. And of course my vote has already been cast for this by 10,000 mules…. I would get angry, but… Read more »

Speaking of money, I put together this list of what Biden, Nancy & Congress have for us. Besides the $38 billion for Ukraine: $36 BILLION TO BAIL OUT THE CENTRAL STATES UNION PENSION FUNDS In addition, Biden said that he would give the unions another payoff due to their failure to negotiate for paid sick leave. BILLIONS FOR THE IRS… Read more »

Admin made up of sick puppies, literally. Going to need a potent de wormer.

Anyone taking bets on how long before he is Epsteined?

Democrat Mega-donor and FTX founder Sam Bankman-Fried was arrested in the Bahamas on Monday, just hours before he was scheduled to testify in front of the House Financial Services Committee on Tuesday.

Since Russia started its military operation in Ukraine in February this year, the Biden administration has taken over $67 billion of taxpayer money to send to Ukraine in its fight against Russia. On Tuesday (December 6), the Democrat-controlled House Foreign Affairs Committee voted on Republican congresswoman Marjorie Taylor Greene’s proposal to audit the Ukraine aid. The proposal was voted down… Read more » 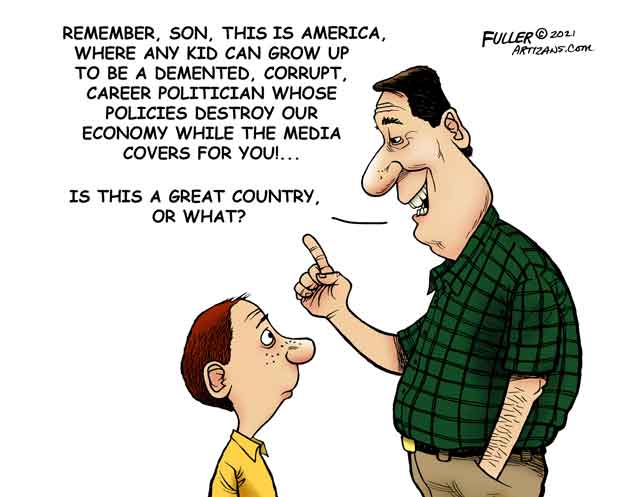 For years, our federal government has quietly operated a protect-Biden racket. The public, however, has only recently — and haphazardly — learned of the lengths federal law enforcement officials and government employees have gone to safeguard the Biden family secrets. Here are eight times our government squelched scandals. 1. Censoring the Hunter Biden Laptop Story2. Quietly Seizing Hunter’s Laptop from… Read more »

I seem to be posting to myself. Anyway, is anybody following what’s going on with the election in Arizona? The “winner” of the governorship, Democrat Secretary of Elections Katie Hobbs, had herself declared Governor – she didn’t recuse herself from the election. No, she threatened the electors with jail if they didn’t certify the election. More shenanigans: Recently disclosed internal… Read more »

JP – you are not posting for naught, it is just that unless there is full opening of the kimono in an honest court, with discovery, physical evidence and actual application of the law, it is not worth commenting on at the moment. Since the Clinton years we have observed first hand how the present courts and DOJ act, so… Read more »

No you’re not, JP. I’ve been laid low by the most obnoxious flu I’ve ever had lately, so I haven’t paid much attention to anything but my bed and the bathroom. I’m on the mend, however, so I’ll be back. In the meantime, thanks for still being around and yes, the whole midterms election farce is ridiculous. We no longer… Read more »

Get well Misha. Whatever is coing around seems variable. Am on week 3 of recovery here and feel almost human aside from aches and a minor but persistent cough, Bet it goes away just in time for the blizzard predicted this Friday with snow and 50 MPH winds across lake from west.

Hope you get over it soon. It’s not COVID, is it?

It tested negative for both of the “ordinary” flus, and it was definitely not just a cold, it had all of the symptoms of the flu, so there’s a good possibility that it is the “dread” Peking Pox but, if it is, it’s not as deadly as we’re told it is and I’m already doing much, much better. It was… Read more »

But will they be prosecuted?
https://www.thegatewaypundit.com/2022/12/5-antifa-protesters-atlanta-held-terrorism-charges-police-find-bombs-flares-weapons-camp-near-atlanta-video/

Anyone here of Irish descent? I give you this quote from former VP Biden:

Speaking at a town hall for veterans in Delaware this Friday, he at one point joked, “I may be Irish, but I’m not stupid. I married Dominic Giacoppa’s daughter so, you know, I got a little Italian in me now.”

Follow-up to my post on AZ election: Kari Lake Trial Reveals 42.5% of Ballots Invalid, Massive GOP Voter Disenfranchisement ‘I would say there’s no question in my mind that had there not been tabulator issues at 132 vote centers, this election would have resulted, would have ended up, with Kari Lake winning… ‘In the first day of Lake’s election-challenge lawsuit,… Read more »