So, Really, What IS Up With the Emperor? 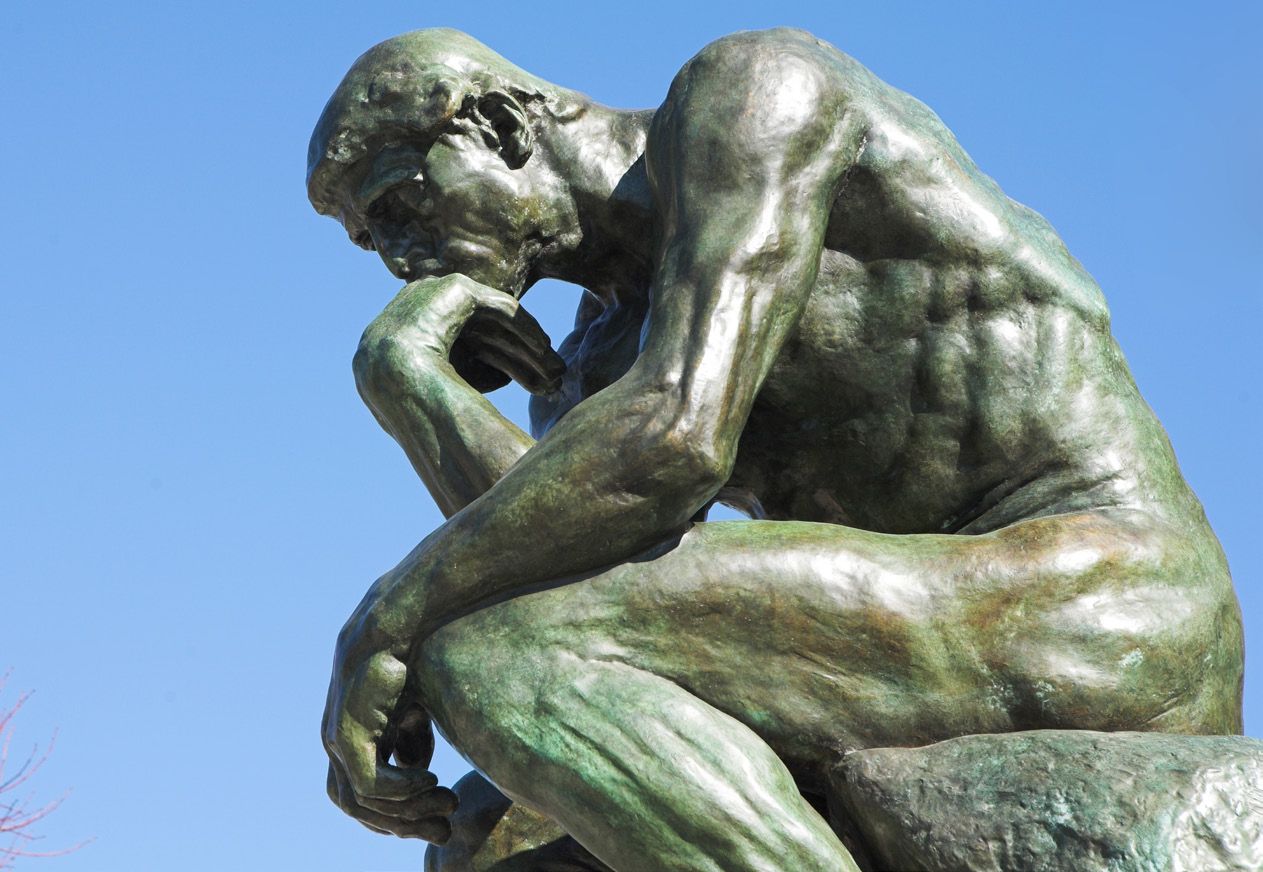 I should have posted this a long time ago because I’m sure that at least some of you have been wondering, but I really couldn’t since I didn’t even know myself.

Sure, I’ve been very busy, other things have demanded my attention a lot, but that’s not the whole story. Thing is, I couldn’t put my finger on it.

I guess I could just call it “burnout”, but that, while accurate, wouldn’t have explained much, and certainly not what I was “burned out” BY.

But I’ve had a lot of time to think about it because, as I hope you all know, this site means a lot to me and I really wanted to find out, not to mention feeling horribly bad about just abandoning something that has given me so much over the years, thanks to all of you, but I wanted to get it right, and I think I might have. I could be wrong, but here’s what I’ve got.

Back when I started this site over 20 years ago it was mainly because a lot of commenters on other sites encouraged me to and because I felt that it would be nice to have a site of my own where I could decide what the subject matter(s) on any given day was. A place to vent but, and this is what I think I lost sight of, even more so a place to make fun of all of the Stupid™ in the world. As a matter of fact, I clearly remember writing that I did all of this for fun, and as soon as it stopped being fun I’d probably stop. That was many, many years ago, mind you, so a lot of you may not remember.

Sure, there was a lot of vitriol, hyperbole and anger, but it was all mixed up with mockery, ridicule, sarcasm and irony, making it FUN too. It was a place where I could simultaneously hyperventilate and get angry amongst a great community of like-minded people AND share silly jokes, photoshops, sarcastic comments and so on, allowing all of us to have a hearty laugh together while letting some steam out.

It was glorious and some of the best times of my life. Then it changed, gradually, and I blame myself. Slowly it shifted from that healthy mixture of outrage and humor to being more and more anger, cynicism, frustration and just plain “un-fun” all the time. This affected not only me (I was the one who encouraged and enabled it, so no pity for me on that count), but more importantly also our community of fun-loving LCs, which was horrible. It used to be we could call each other names all day long and, at the same time, crack jokes with each other, knowing that, were we ever to run into each other in real life, we’d have a lot of fun together, even if we don’t agreed on everything.

I did, as a matter of fact, get to meet quite a few of you over those years and those are memories and friendships that I’ll forever cherish.

And then it started changing. Very gradually, but more and more the whole site and our community became hostile, angry and, well, not fun. Make no mistake, I’m responsible for this. The buck stops here. I’m the main admin around here, the setter of the tone, and even in cases where I didn’t personally do it, I allowed it to happen. My bad, no argument about it. I just didn’t realize it. Not that I blamed anybody else, I wasn’t even aware until I slowly lost all desire to remain engaged. I was as confused as anybody as to what had changed until I had time to think about it and, I admit, it took me quite a long time to recognize the obvious but I’m occasionally a slow learner.

It was eating away at me and I found myself not enjoying what I was doing and I had no idea why, so I just stopped caring. Sure, I could blame the world, individual posters, the weather, who knows what, but it was really always a “me” problem. I forgot what “fun” was and instead got addicted to being angry and cynical, and it did me no good.

I should have followed my own general advice to others: “Don’t get upset and angry about things you can’t do a thing about. Either make fun of it or ignore it altogether.”

Well, at least now I know and I apologize to all of you for what I did and the time it took for me to realize it.

So is this goodbye? Nope. I’m not going to say that my muse is back and I’ll be back to my old irreverent, joking self just like that, it takes time and who knows if it will even happen, but now that I know what the problem is, me, at least I can do something about it.

I just thought that you should know what it was all about, especially those of you who have been some of the most loyal friends I’ve ever known who undoubtedly wondered what was going on. I may not still know all of it, but now you know as much as I do.

L-rd knows we all need a laugh, particularly these days.

Can I unfuck the situation? I don’t know. I’ll try an any assistance, comments and advice would be very much welcome. I’ve received some of the best advice in my life from this community of ours. But if the mess needs cleaning up, I should start with the one who, unwittingly, created it.

Oh, and I also won’t stop using the royal “we.” This post is an exception. I AM an Emperor, after all, and standards have to be upheld.

I’ve been running my sites, the main angry.net rant site and the blog for 25 years. I’ve begun burning out on the main rant site, (It’s manual), and honestly, thanks to the socialist media types, my traffic is very low. I do most of my work on my blog these days, mostly as “therapy.” (Better then climbing a tower don’t… Read more » 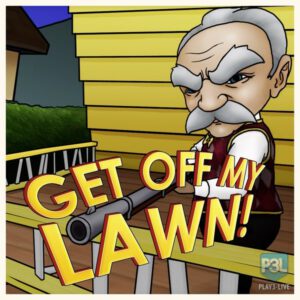 Dear Misha, good to have you back in full glory. Some 50 plus years ago while in the USN, we had the lesser known adage of “if it moves, steal it, if it is too big to steal, paint it and if yells at you, salute it”. Not the original Army or Gubbmint saying but it had some elements of… Read more »

As a very infrequent vistor and even fewer comments, I will bless you with my Glorious Brilliant Opinion… My favorite saying when the world gets me down, I start taking myself way too seriously… And Dammit the Bastards DESERVED Killin’… I step back, take a deep breath… Hold it… Count to ten… Then Scream- “Fuck em if they can’t take… Read more »

Welcome back. Does this mean I can hand you back the keys and not spend my time trying to find new contributors or beating the suckers contributors we already have into producing more grist for the mill? (do you know how hard it is to get your money’s worth out of these ungrateful contributors?)

The FBI. Refused to show the warrant when asked. Kicked out legal counsel. Did not tell the DOJ..Garland says he wasnt told of the raid. Ordered cameras to be turned off. Raided wardrobes and now reports say they DID go into her panties closet. Are now fighting to stop anyone seeing the warrant… Did not tell the WH that they… Read more »

I’ll add. Apparently they were in the room they raided weeks ago..more reports now say the document excuse was horseshit..this is about the Jan 6 witch hunt….Merrick Garland says he DID NOT sign off on this..so either he didn’t know and an FBI SAIC went rogue, decided to raid the home of a FORMER PRESIDENT without telling ANYONE???…or the DOJ… Read more »

You said you were a lawyer, Deej so riddle me this: This is in the same vein as the Jackson trial. A witness UNDER OATH said that MJ did not molest him…and later in a massively public interview said that MJ DID molest him So: either he committed perjury in court, or he lied in that interview. So which is… Read more »

Just confirmed that the boxes they took? Were packed by the GSA. Continued silence from the FBI confirms they found nothing..because if they had, we’d be hearing about it now. IF, as I strongly suspect, they come up with zero proof…they will have a massive scandal on their hands, worse if what we are hearing IS true and the DOJ… Read more »

The FBI search of former President Donald Trump‘s Mar-a-Lago residence was sparked by an “FBI confidential human source” in the Trump camp who knew what documents to look for and the location. The source told them to find them in Melania’s panties? REALLY??? If they knew where to find them then why did they rip the place apart? Is that… Read more »

Last edited 5 months ago by LCAussie
1

You gotta take care of yourself first. Hope to spend some more time here going forward, and hope you will too. Just make sure you’re having fun when you do.