Look For the Genocidal Label

In view of the previous post from our very own LC Brendan, now would be a good time to start looking at labels in stores when you’re purchasing stuff.

Inasmuch as you’re even allowed to purchase anything, depending on whether you’re located in Frau Whitless’ state Michigan where “non-essential” procedures like cancer screenings are banned, but abortion is NOT (because abortion is, in Frau Whitless’ words, “life-sustaining), but we digress.)

You see the “Made in China” on the gadget you’re about to buy? Just keep in mind that, in buying it, you’re financially supporting a regime that has murdered upwards of 40,000 of your fellow citizens and counting. Want to kick that number up by an order of magnitude? Throw it in your buggy and run it through at the register.

We’re sure that the tens of thousands of victims and their loved ones won’t mind. You’re saving a couple of bucks, after all, so what’s the issue with a mass murder of your neighbors that dwarfs 9/11? Let’s not be petty, right? It’s not like you really liked that neighbor and, hey, it’s on SALE for crying out loud!

You do you. We’re at war, but the majority of America is at the mall.

, what we’re NOT saying is to throw out everything in your house out that you already bought with the “Made by Mass Murderers” label on it. That doesn’t make any sense. They already have your money, that train has left the station. But you might want to reconsider the tracking devices known as “smart” phones that were made in a nation known for murdering people and harvesting their organs

Is that really that unreasonable?

You do you. It’s your choice. 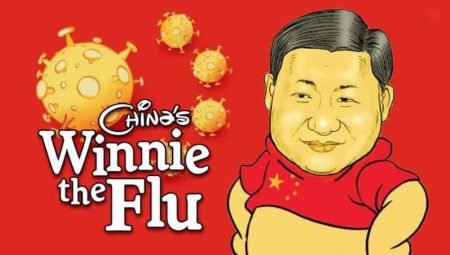 Where foodstuffs are concerned, we have been doing this for many years. Wife and I simply will not purchase any seafood or produce that is marked “China” whether fresh or canned. It is not a great leap to also steer away from clothing, shoes and general merchandise (mostly plastic containing) that says made in China. Just a hunch, but I… Read more »

Don’t buy anything at Wal-Mart. Or Harbor Freight.

Corporations have started moving manufacturing out of china and it’s going to escalate thanks to the idiocies of the Government. It’s going to take time though.

Of course, Apple is planning on staying put. China’s the biggest market for their Icrap

As an aside, I was wondering if the Great and All Powerful Emperor was aware of Nancy Pelosi’s “Let them eat ice cream” moment?

If you think that corporations are going to suddenly move out of China, you are sadly mistaken. If anything, they will probably double-down on China. Sure, some ARE making noise about relocating out of China, but don’t expect a lot of them to return HERE, to these shores. Instead, look towards Vietnam, or even India. Anywhere that you can exploit… Read more »

When did the VOA morph into the Voice of Russia? I must have missed something over the last 50 years??!! https://www.voanews.com/covid-19-pandemic/russia-cuts-wheat-other-grain-exports Parroting TASS and IZVESTIA now?? WTF, over.

Loss of proper language is the bane of the modern world, however, there are occasional scraps of humor to be found. Economic Intercourse (as sleepy Joe cites) was once (say around 1700) the proper diplomatic language for “trade”. It had the added benefit of reminding the negotiators not to get phucked by the other party. Then again, slow Joe using… Read more »