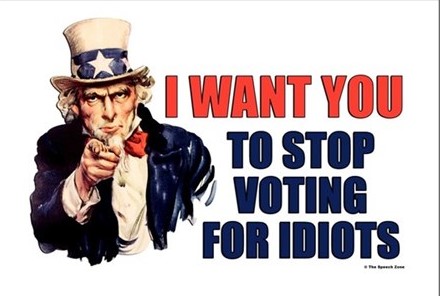 Don’t know if this is across the fruited plain or if it is just a snapshot of local media where I live. That being the greater circle in a 100 mile radius from Chicago IL and 40 mile radius from South Bend Indiana. We are just about at the Michigan side intersection of the two circles.

Things that have diminished on national and local media (anecdotal but notable by their not being mentioned much).

Border invasion and fallout. Two weeks ago, daily reporting on the busing of illegals (by TX and FL) to Mass, NY, Chicago and so on. All but gone now. Not a peep about where the CBP and other federal agencies are sending thousands of others and have been for almost 2 years.

Lack of product on shelves, notably the infant formula continues scarce and an ever increasing number of common products once more not in evidence (shelves are partially empty and more “off brand” products are showing up, This is reported locally, and I think national media mentioned the infant formula once last Sunday.

Fuel prices, ,months back the changes upwards were on the news as was the small dip a week or so ago. Now they are going up again and the reporting has vanished on local media aside from a 2 minute report every morning on a local radio news station at 7 AM.

Local election signs – notable by how few are visible, mostly for local county and city races, almost nothing at State/Federal candidate level. I think I have seen all of 3 signs for Whitmer (D curent governor) and maybe 6 for Dixon (R Governor candidate). Past midterms were more promoted to the point of fields of signs.

Local crime and shootings are a staple, as are gun free zone shootings at schools or malls, but even these are 2 or 3 day exposure then go silent.

The J6 committee hearings that were front and center for months, fading away. Even the clown show surrounding Bannon and the raid on Trump’s home is muted. Gun grabbing, well, in Canada it is hot but not locally mentioned much, though there was a one day blip on Biden’s tirade against so called “assault’ weapons (wonder if this will include spears, lances, swords, trebuchet, crossbow and the mace?).

Running out of space for October surprises but what is being pushed ad nauseum is Ukraine/Russia/NATO/UK/Germany etc. Fills the void and does not require too much domestic political exposure.

Impression around here is of a muted electorate. Whether that means angry and looking for blood (not advertising it) or voter burnout, can’t tell.

2 weeks from today we will (maybe) find out.

Whatever your politics – go vote and best do it in person..

As many times as I’m allowed to. 😉

Your “observations” are merely your POV with a whole lot of opinion thrown in. Border invasion and fallout.  Not really all that much to talk about. It’s only news if something drastic changes, or some clown does some outlandish stunt to get his mug in the news. Lack of product on shelves, notably the infant formula continues scarce and an… Read more »

Well, it appears I succeeded beyond my wildest expectations in putting up a bit of observation and opinion in order to elicit response. If you might recall, not so long ago, exhorting peiople to post something (anyting) to keep this place alive. Just doing my civic duty. Not apportioning blame for the mess we are in, there are too many… Read more »

Were you expecting me to disappoint you by not responding? Isn’t the point in posting topics here to elicit a response? Yes, the more you post the better the more the site grows. Regular posting will bring regular visitors and regular response. It’s how all of this works. Just doing my civic duty. And doing a bang-up job, I might… Read more »

DJ, you keep on keeping on. Here’s my take. Yes, the lockdowns caused a great deal of trouble, and the afteraffects continue to do so. I emphatically agree about supply chains, moving manufacturing capacity and such. Ships are still stacked up on the West coast, and containers are in every nook and cranny. Baby formula has been and is scarce.… Read more »

In RE: Baby formula This is a bit more complicated than the FDA not acting on a report. The issue is that they still don’t know the source of the contamination. The CDC performed whole genome sequencing on Cronobacter bacteria from two patient samples, and found that the samples were not closely related to strains collected at Abbott’s Sturgis plant, or to each other.… Read more »

Sigh. Shaking my head..Ok, DJ, good try. Unfortunately, the facts are not with you once again. You do a nice job of dancing around the facts I produce, but it’s still dancing. The FACT that the FDA sat on that whistleblower’s letter for 4 months is the first dance. It’s complicated? What’s complicated about sitting on a report until some… Read more »

Wait, you included facts here? WHERE? The FACT that the FDA sat on that whistleblower’s letter for 4 months is the first dance. It’s complicated? What’s complicated about sitting on a report until some babies die? Now, two out of the four deaths don’t appear to be related to the Abbott plant bacteria, but I notice you don’t say anything… Read more »

Ah, DJ. Good try, really. Now, on to the baby food shortage. That there was 4 months between the whistleblower report and the FDA’s response is a fact. Hard to get more factual than that, really. What excuses and blameshifting the FDA produces aren’t going to change that. I personally doubt their investigation will amount to anything but ass-covering. The… Read more »

It sure seems like I keep answering the same things here and your brain can’t seem to handle it. Now, on to the baby food shortage. That there was 4 months between the whistleblower report and the FDA’s response is a fact. Hard to get more factual than that, really. Am I disputing that fact? Yes, an Abbott Labs worker… Read more »

Have you seen this video (about the elections)? 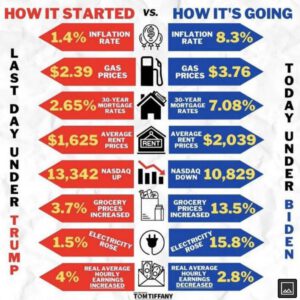 No you are right, the US isnt Canada or Venezuela….they are better nations across the board..where worker rights are concerned. 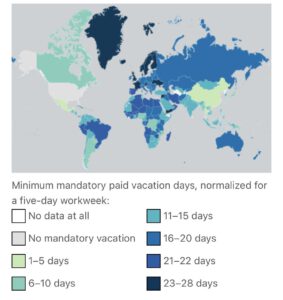 Oh and this is an example of what I am talking about.

Funny isnt it that all these other nations in the world can manage to let their staff have 3 -4 weeks off..just not you.

“The US is the greatest nation in the world”

No..no it isnt, and hasnt been for a very long time. 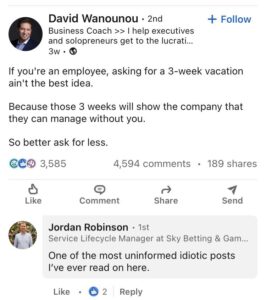 Eh, we are not Europeeans where the place shuts down 6 to 8 weeks every summer. Here in U.S. you generally get 2 weeks after 5 years, 3 weeks after 20 years and 4 weeks after 30. Have to negotiate that when changing jobs, also best time to negotiate increases in compensation. Would I have liked more paid time off?… Read more »

Here in U.S. you generally get 2 weeks after 5 years, 3 weeks after 20 years and 4 weeks after 30. 1., We arent Europe, remember? The US is alone in that it doesnt have a federally mandated leave policy It was said in one of Dr Phils sneering shows that “you would all be speaking Chinese soon if people… Read more »

1 We arent Europe, remember?2 The US is alone in that it doesnt have a federally mandated leave policy3 It was said in one of Dr Phils sneering shows that “you would all be speaking Chinese soon if people didnt have a “good work ethic..actually its more like Japanese since you lot are hellbent on karoshi. You are closer to Europe on… Read more »

I had a beautiful reply and the site swallowed it , plus the one after

WHY THE FUCK DO I BOTHER.

Try what? This isn’t the flex you think it is, Bren. Yes, these figures are fairly accurate, but they aren’t unique to the US. A quick look at Australia this morning says your inflation rate is currently at 7.3 percent and rising. Oh wait, that’s right, this is a GLOBAL issue, and the US is nowhere near as bad as… Read more »

Paul Pelosi Attacked with Hammer by Burglar
Think Nancy will say or do something about crime?

First she will blame the R party and/or Trump, then she will commandeer AF2 to get out there to be with the stock shyster spouse, followed by a teartull prime time interview again blaming MAGA party right wing extremist religious fanatics. Of course, it will turn out to be an illegal criminal that she has steadfastly defended and enabled to… Read more »

So far appears to be a common crazy loon.

A common crazy loon who happens to post Trump’s conspiracies on FaceCrack, and who broke into Pelosi’s house asking “Where’s Nancy?” Love it how you attempt to minimize the fact that this guy has bought into most of the conspiracy theories I see spouted out here on a regular basis. Or do you consider yourself to be just another crazy… Read more »

Now look who’s passing off lies as the truth. the Liberty Daily’s JD Rucker and the Gateway Pundit’s Joe Hoft, two of the leaders in debunking leftist conspiracy theories, were both on the case.Hoft shredded, among other things, the bogus mainstream media reports that the assailant, David DePape, had been actively involved in posting Q’Anon and anti-Semitic content on blogs… Read more »

I just went through the activity logs here, and I couldn’t find any lost or deleted comments or posts from you. The problem is that it is hard to find the problem if you don’t log in, and I see no evidence of you logging in. If you do, you will be able to review both activity logs yourself. The… Read more »

Site has now swallowed three of my posts one after the other.

Either fix this or close the site down since it appears posts aren’t being fucking published.

I’ve been thinking about this a lot. You might laugh, but I’m afraid the Democrats are going to steal this election. Too. Witness the following: PENNSYLVANIA: Almost a quarter of a million ballots were mailed to Pennsylvania voters without verifying their identity, state lawmakers say in a letter seeking answers from the state’s top election official.  Now that the ballots… Read more »

The nudist “ex-life partner” of the man who assaulted Speaker Nancy Pelosi’s husband on Friday has apologized to the speaker and her family for her former beau’s behavior. Speaking with Bay Area station KGO via phone this weekend, Oxane “Gypsy” Taub expressed great remorse over suspect David DePape’s actions, especially given as she happens to be a huge Pelosi fan.… Read more »