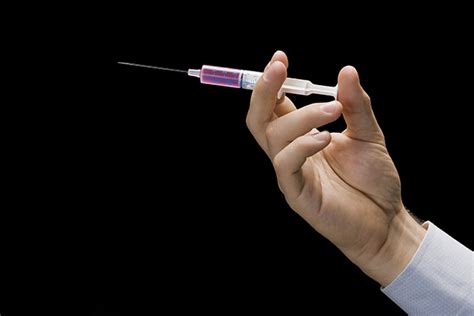 Let us say that country X wishes to weaken country Y militarily and to a degree, economically.

They develop an enhanced virus that shows great promise to infect and rapidly spread a flu like disease which would weaken their enemy. Having no stringent controls or protocols, said virus suddenly appears in their own population way back in late 2018 or early 2019, so they ramp up medical supplies to deal with it and impose hard lock downs on their major cities which exhibit rapid spread.

Country X leadership continues with their plan to spread the virus to all they consider enemies, hence it arrives with knowing or unknowing carriers traveling to EU, N. America and pretty much the entire world, seeing that country X does business at some level virtually everywhere.

Surprise! Country X finds that their own population (Han) appears more susceptible to death by the virus whereas Anglo Saxons, Africans and other racial groups are not as strongly affected. What to do?

In collusion with certain groups in country Y, they hatch a plan to distribute globally, a so called “vaccine” that will actually compromise the immune system further and cause even greater effectiveness for the virus which happily mutates along in ways that are not fully predictable.

And here we are today, with the ever greater medical evidence piling up, where more and more deaths can be directly linked to both the virus and the “vaccine” combined with those that took the shots versus those that did not.

Back in Han-land, the lock-downs and attempts to quell the continuing spread (and death) of the locals who due to genetics and poor diet appear more likely to succumb. go on, while suppressing all internal statistical evidence from the world and their own people.

And so it goes until we reach economic collapse thanks to this engineered event and those using it to (in their minds) achieve even greater centralized control modeled on the very tottering political system of country X with the twisted ideology of sick minds controlling great wealth without moral compass..

If this is depressing, well, it won’t be the first nor last time a disease of some type decimates global population. The question remains whether we, while retaining a vestige of civilization, will be able to recognize events for what they are and bring to justice those involved.

You forgot to include the fact that the U.S. paid for this virus to be developed (which has killed more than 1 million Americans and more than 6 million worldwide) and is still funding the same program that created it. I wouldn’t be surprised if Big Pharma was involved too. Thank you, Dr. Fauci and Dr. Francis Collins.

You forgot to include the fact unsubstantiated Right wing rumor that the U.S. paid for this virus to be developed  There. Fixed it for you. Regardless of how many times you repeat these bits of idiocy doesn’t make them true. Sure, I get that you only get your news/information from sources that you trust, but your sources are wrong. You… Read more »

The heated back-and-forth came two weeks after the NIH admitted to funding gain-of-function research on bat coronaviruses at China’s Wuhan lab, despite Fauci repeatedly insisting to Congress that no such thing happened.

Do you even bother to read the stuff you post before you post it here? What part of “emphatically denied” didn’t you understand? You are also still laboring under the false narrative that China deliberately crated this virus in a lab. Again, not substantiated by actual fact. Y’all need to quit pretending you know about infectious diseases and viruses, just… Read more »

What part of “The NIH admitted to funding gain-of-function research on bat coronaviruses at China’s Wuhan lab” don’t you understand? They DID fund the Wuhan research into bat coronaviruses. And just because Fauci “emphatically denied” it doesn’t make his denial true. He has lied repeatedly, and has even admitted lying.

Uh, you might want to get those glasses cleaned. The NIH did NOT admit to funding ‘gain-of-function’ research. They did fund some general research at the lab, but all the rest of the nonsense is just a pile of mismatched bullshit strung together by social media hyperventilation. There was no nefarious program to create a deadly virus to escape into… Read more »

Have not “forgotten” anything. My focus was on our “friends” in the PRC since they seem to be well on the way to surpassing Mao’s great leap forward in spades through a failed attempt to control what is not controllable. In fact, I see China breaking into warring factions fairly soon. The danger to all of us outside is the… Read more »

And no, I don’t need to get any mental “help”, am quite content with my own brand of eccentricity which so far, remains just shy of mad hatter range..