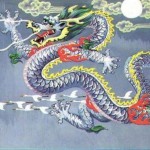 One of the people I most admire online is Richard Fernandez, AKA Wretchard, who is the host of BELMONT CLUB. He is bloody brilliant, and I wish I could write half as well as he. I commend his work THE THREE CONJECTURES to the attention of all; because it is the best explanation of why we needed to at least try George II’s “nation building” effort in the Middle East, and what is the most likely course of events since that initiative has been undermined by the current regime. Here is a link to the old archive copy at the previous incarnation of the site.

For the last few days over there, we have been discussing the Wisconsin attempt by the Democrats to overturn the results of the election, the series of crises in the Middle East as governments crumble, and of late the fiasco [it is a fiasco, but it is too much to detail here] of our evacuation of our nationals from Libya. We have left most of them behind, and damn near did not get those we did get out, out. Those details are being studiously ignored by the MSM. Our fleet is out of position, drastically; and it gives every appearance of being by advance direction of the National Command Authority. You need to go back through all the threads and comments to and including February 20, 2011 to catch it all.

In his thread today, Obama’s almost-hostage crisis, Wretchard offered a comment that illuminates much of what we are seeing, and gives us a hint as to the future. It is going to be a very busy future.

My guess is that the President’s engagement queue is now fully saturated. It’s lagged now, because he has to respond to about a dozen fully blown crises in a time-sliced manner, while the actors in each crisis simply focus on their own slice in near real-time.

all on the boil and developing fast.

He’s responding in penny-packets to challenges like Pakistan in ways guaranteed to make them bigger. Because what he knows, and perhaps all he knows, is “kick the can down the road”, there is no closure to anything anywhere.

So the engagement queue is likely to grow ever longer, which means the lag will grow to the point where problems proceed essentially unengaged. At this rate, the administration will have the equivalent of a nervous breakdown inside of two months.

If something like a terror attack happens, Obama will essentially be down on the canvas, looking, like Primo Carnera during the Max Baer fight, for the truck that just hit him. He needs to simplify, consolidate, shorten lines. This is what every chess player does when he finds himself in an impossibly tricky situation. But that requires a sense of strategy; to understand where to simplify, what to hold, where to fall back. And like Niall Ferguson said, the problem with President Obama is not only that he doesn’t have a strategy, he doesn’t even know he needs a strategy.

His campaign background may now be working against him, as is his lack of executive experience. He is now in a situation where it is not about talking points, not about looking good behind a podium. It is about actually be able to do something. And so far, it seems like he doesn’t have a clue.
February 25, 2011 – 4:10 pm

Everything IS getting worse, and the cycles are getting faster and faster. His OODA loop is the size of that bloody great wheel thingie in London, and the problems are bullets shooting through the middle of it. Everybody and everything he has to deal with is inside his loop. He is already operating as far outside the Constitution as he can get away with.

I don’t often agree with Newt Gingrich who is a member in good standing of the Political Elite class. But today he gave a speech warning Obama that in effect, if we were a country of laws, he would be impeached. There are plenty of grounds now, just not a Senate that would convict. There is no such thing as a Democrat who would put the law and the Constitution above holding on to, and abusing power. But that condition will not obtain forever. The Wheels of Justice grind slowly, but exceedingly fine.

It is getting to that point that is going to define that very busy future I spoke of.

It is a characteristic of tyrants who have time and opportunity before falling, to flail out trying to destroy not only enemies by any means, but also allies who have obviously failed to prove themselves worthy because of his failure. The case that comes to mind is Hitler’s “Scorched Earth” order of March 19, 1945. Or perhaps Saddam Hussein’s destruction of Kuwait as his forces were ejected. Or perhaps even more apt, the purges in the last year of Stalin’s life, killing vast numbers of innocents.

In his good days [and may whichever Deity is turning the crank of the universe this week have mercy on us these are his good days]; he has attacked and severely damaged the rule of law, the economy, energy production, and the Constitution. I leave it to the Gentle Readers to consider for themselves what Buraq Hussein will do if and when he stares down into the abyss and knows that there is no reason to hold back in attacking those he hates, because it is all over. [I think it is going to involve mass casualties.] And to prepare themselves as best they can mentally and physically.

And to prepare themselves as best they can mentally and physically.

I have thought about it a great deal, Subotai…a great deal indeed. I have done what I can, given my situation and means. My best buddy told me, after seeing my preps, I have done more than ninety-eight per cent of the population. I leave that to your imagination…….

I hate to say this, Subotai, but you’re right. Pissident Petukh isn’t doing a thing to deal with the problems we already have for the very simple reason that he has no fucking clue how to deal with any sort of problem, much less triage when they flood you, and the only result is that they’re going to pile up… Read more »

Like most of the LCs here I have seen this storm brewing for some time and like others I have been laying away supply s and making plans. I know I don’t have everything in place yet but am close, I don’t consider Obama any less nuts than Gaddafi and imagine him to act the same way when he knows… Read more »

So I remember reading a while back that sales of guns and ammo had gone through the roof. So much so that suppliers were having a hard time keeping up with demand. That being the case, the cost of such items were steadily rising. Does anyone know if that is still the case?

#5 Draingeez: Well, one of the on-line guns and ammo dealers whose website I frequent does seem to have dwindling stocks of some of the most common firearms. Long lists of Brownings, Colts, Glocks, Rugers, and Sigs are sold out. Beretta, FN, and HK seem to be holding their own, however, and there are plenty of those lovely Kimbers in… Read more »

Oliver North is saying we don’t have a carrier battle group in the med for the first time in years. What we do have in the Med is the inability to extract our countrymen and TWO Iranian “warships.” I’m Really looking forward to the next “peace flotilla” (NOT). Now, why we dont have a Carrier Group in the Med (or… Read more »

We haven’t had a carrier permanently stationed in the Med since the first Gulf War. Ollie knows that, he’s just stirring up shit. Unless Obungles hasn’t already signed the order, there is either a carrier group or a gator freighter with a fully assembled MEU heading in that general direction from the Gulf (which is why the Ditch is so… Read more »

You might want to give this a gander….. Often appearing alarmist and off the wall, yet i too have noticed a growing disregard for others in our society, a rushed lack of civility and consideration. A growing cloud of uncertainty and denial. I am eternally grateful I live thirty miles from the nearest large city, population eighty thousand……..and much farther… Read more »

#7 LC Terrible Troy and # 8 LC Darth Scoundrel In the threads 2/20-2/25 I mentioned over at BELMONT CLUB in the posting above; we were discussing both the desirability and and feasibility of seizing and holding Libya’s oil fields and infrastructure for our use, and the situation of foreign nationals. I recommend everybody goes over there and look. There… Read more »

Well remember, in the middle of all the crises ongoing and looming, the Obama admin. thought it was a swell idea to announce it would defend DOMA, then turned out to be colluding with Diane Feinstein who was, wouldn’t you know it, getting ready to introduce a bill to repeal DOMA. http://minx.cc/?post=312466 Nice to know they have their priorities in… Read more »

Tripoli is the least of our worries from a strategic viewpoint. Bahrain, Yemen, and Djibouti are keys to a Shia lock on both the Arabian and Persian gulfs. Don’t think that if the Shias topple those respective governments, That Tehran won’t be in there calling the shots. The effects on global shipping will be incalculable. The probability of Tehran giving… Read more »

#12 PrimeEvil: I don’t minimize the Iranian capacity for mischief, that has been demonstrated repeatedly over the last 30+ years, especially as our current pResident continues to vote “present” while the world swirls down the toilet. And Bahrain just might work out for the Iranians. It’s close, it’s heavily Shia, and Iran already has a history of meddling there. But… Read more »

Hey!!!….. president bobblehead’s doing goooooood. At least according to someone who I debated with on Facebook yesterday. We were arguing his “response” and half-assed evacuation of American citizens and I referenced the British and Chinese military’s participation to get the job done effectively. The lib said that obama has to be careful because he is constantly criticized for anything he… Read more »

I’ve noticed that many cans now come with expiry dates. You may want to consider more dried or home-canned if you have the equipment.
And definitely more ammo and components for those who roll their own.

The ones I have so far, none expire before 2 yrs minimum which at that point if I can’t get my own food by then well… then I guess Im screwed. Don’t forget the expiration dates these days are usually VERY conservative to avoid lawsuits.

Is anyone else here having flashbacks to the Carter administration? I could easily see American hostages being seized in any of several Middle Eastern states — and an impotent Obama standing helpless at the wayside.

Shaitana says: The ones I have so far, none expire before 2 yrs minimum which at that point if I can’t get my own food by then well… then I guess Im screwed. Don’t forget the expiration dates these days are usually VERY conservative to avoid lawsuits. True enough on both counts. When you start growing your own food, might… Read more »