The Media Finally Find a Black Man They Can Vet 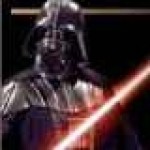 And by “vet”, we mean “manufacturing a huge scandal based on second-hand anonymous accounts of some ‘not overtly sexual’ gesture made in the presence of another anonymous third person indicating that that uppity negro, Herman Cain, is an irrepressible sex fiend who should probably be lynched or something.”

The Axis of Allahpundit/Ace are, of course, beyond themselves with glee, finally seeing something that will get that damn Cain off of Marvelous Mittens’ ankles.

The latter admonishing us to keep an open mind to this, as Jeff G. summarizes it, “evasiveness in responding to how much he knew about unsourced allegations of harassing someone sexually in a non-overtly sexual way and how those incidents were resolved by the National Restaurant Association”, lest we be guilty of a “reverse Clinton”.

Because, clearly, the credible accusations of rape made by Juanita Broaddrick are no more serious and definitively worthy of consideration than this, and again we quote Jeff G.:

So now it comes down whether or not you believe Cain or anonymous sources sourced anonymously, one of which anonymously refers to gestures “not overtly sexual” as a source of the sexual harassment anonymously being alleged.

The exact same level of seriousness, obviously, so let’s all pile on that frightening non-establishment outsider who doesn’t even have fabulous hair. For fairness’ sake!

So what are the accusations leveled at Cain from the Fair and Balanced Rightosphere so far? Other than him not having great hair and being just plain, you know, dumb and stuff.

1) His campaign manager took a puff. From a cigarette. In a video! HIDE THE CHILDERNNN™!
2) He sang. A hymn. In public! (when requested to do so, but who cares?). HIDE THE CHILDERNN FROM THE THEOCRACY™! (We’re pretty sure that he conclusively established Christianity as the state religion of the United States by doing that. Perhaps as early as the second stanza).
3) He allegedly, as stated by an anonymous source, once made a ‘not overtly sexual’ gesture in the presence of an equally anonymous womyn which made her ‘uncomfortable’. HIDEOUS SEX FIEND MOLESTER SAVAGE™!

And those are just the “concerns” coming from the “right.”

Keep phlucking that chicken, you guys.

As to ourself, we’ll just wait until something with a bit of credibility (evidence, do you know what it is?) attached.

“We’re just not going to get into the details of exactly what happened with these women beside what’s in the story.”

Um… except there are no details in the story. Unless “a couple of women we won’t name have made accusations we’re not going to get into” is now considered a detail. Would that even pass muster in a gossip column? A blog, maybe…

So we don’t know specifically what Herman Cain stands accused of doing wrong, who’s accusing him, or how to verify any of it. Other than that, this is some solid reporting from Politico.

Solid enough for Ace and Allahpundit, that’s for sure.

This is a good time to clarify my own take here, which I didn’t express properly yesterday.

For those saying, “There is no firm evidence here, it’s all vague allegations, we’re not even sure what Cain’s meant to have done,” and so on: I agree with that.

I wouldn’t back off supporting a candidate I admired over this thin stuff.

I won’t go into it in a post (shouldn’t have mentioned it in comments, either), but I’m worried about the future, not the present. The present case against Cain is weak and vague and rightfully dismissed.

I don’t know about the future — no one does — but I worry about it.

But if this is it, then this is not just survivable, but little more than a speedbump. One woman was “paid off,” we think, with what amounts to merely a more-generous-than-average severance package (two or three months’ salary? nothing), which is, as people note, such a cheap “pay off” as to indicate nothing about the strength of the case against Cain. No lawyer would blink twice before making that deal. Pay this woman 2-3 months salary to make her complaint go away? It’s a no-brainer. Let’s face it, this type of accusation gets tossed around a lot by the unscrupulous.

On the other hand, if there’s more, well then, there’s obviously more. But that, at the moment, is entirely hypothetical.

It would seem that we’re in complete agreement then. Thank you for that.

Dont even THINK it, Lurch

The CDC and Thanksgiving. And yes, they are serious

I think Allahpundit and Mittens should get a room, but I’m not so sure about Ace.

But the big question is: Where the fuck was the LSM in 2008, I mean, besides getting tingles?

lc purple raider says: I think Allahpundit and Mittens should get a room, but I’m not so sure about Ace. I’m not either, actually. I do know, however, that he’s deeply concerned that Ogabe is going to win if Cain is the nominee, so perhaps he’s just trying to help some other NotRomney get ahead in the pack? Doesn’t matter,… Read more »

What I heard was this: A woman was leaving that Restaurant association, and was getting a layoff package of some kind. She complained about the said “non-overtly sexual” gesture as a ploy to increase the amount of money she got as she was leaving. It didn’t work, and the whole thing went away. But who knows. This is all anonymous… Read more »

OH NO!!!! HIDE ALL THE WHITE WOMEN, THERE”S NEGRO ON THE LOOSE.. I am so sick of these assholes and their double standards. Bill Clinton can RAPE a woman, get his rocks off on anothers blue dress, and well thats just Bill being Bill. Is that cause he is white…Racists But let a BLACK man look funny at anything that… Read more »

Party that freed the Slaves: Republicans.
Party that passed Jim Crow Laws: Take ONE guess. I -DARE- you.

I don’t understand how people forget this.

Come on , guys, politico has been a propagandizing, fellating tool for lefties and demos(BIRM) since it was established by the Poynter Institute, an organization that was set up by one of the original founders( Nelson Poynter) of the American Socialist Party.

Party that freed the Slaves: Republicans.
Party that passed Jim Crow Laws: Take ONE guess. I -DARE- you.

I don’t understand how people forget this.

Sure – we know who did that but they now promise free shit and other handouts – that’s how it’s easily forgotten.

Dems are idiots. Let’s see…
Party that freed the Slaves: Republicans.
Party that passed Jim Crow Laws: Take ONE guess. I -DARE- you.
I don’t understand how people forget this.

Once again time to bring out my favorite Heinlein quote, “never underestimate the power of human stupidity”.

While I completely agree with the First Rule of Holes as laid out by you, I really didn’t see much digging here by Cain. What I did see was slight difficulty remembering the exact details of an insignificant event that happened ages ago, an event that wasn’t even handled by him back then, coupled with hesitation in issuing blanket statements… Read more »

I just wonder if it was Mitten’s or Perry’s dirty tricks dept. that invented this “scandal? If you’re Conservative, you’re assumed guilty as hell the moment you’re accused, and if you’re a lib, it’s “awww, never mind, nothing to see here!”

So we don’t know specifically what Herman Cain stands accused of doing wrong, who’s accusing him, or how to verify any of it. Other than that, this is some solid reporting from Politico.

Ain’t this just like the guy at the turkey shoot pointing at the new smokin’ hole in his boot n’ hollerin’ “Bullseye!”?

McCarthy was right all along…

I can kinda speak to that one DJ. It is plausible for him to have no recollection on this one. My ex-MIL was a high powered human resources director for two different places. I remember the crazy 90s and her dealing with the “sexual harassment” claims out the wazoo. The volume of paperwork thrown at companies and the required responses… Read more »

…and why can’t I update my website on my profile?

[Email me and let me know what you need, MaxMom. Thanks. -Venomous]

Tho’ Cain is not really my first choice I do think he is a viable one. Good guy, not of the beltway, etc. But this is just the first of many shots at him to come. Face the Nation with Bob Schieffer on CBS News already played the ” … is he for real ….” card this weekend. IOW, Schieffer… Read more »

With the proverbial kid gloves.

What, you don’t think he was positioned and had all of his bases covered? That man was handled like no other. You are talking about two different things. Ogabe was handled by the LSM with the proverbial kid gloves. But vetted, hell no. No tough questions were asked of him, no policy was scrutinized, and none of his more unsavory… Read more »

LC MaxMomFl @ # 3: That was a superb inspiration, thank you!