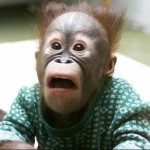 It is time.  This is something that I’ve been planning on for the past year, and I think it is time to execute that plan and be done with it all.

As most of you know,  I came back around here about a year ago and had the entire site revamped and modernized.  I then brought in my Son and Daughter-in-Law to look after this site for “when I leave.”    Misha had all but disappeared, and there was nobody else here who seemed even remotely interested in taking charge of this mess.

What most of you didn’t know at the time was that my health has been fading for the past couple of years and a diagnosis I received last year told me that it was time for me to start getting my affairs in order because the prognosis didn’t look all that great.  The doctors initially gave me about twelve months.  That was eighteen months and two surgeries ago.

Well, my latest prognosis isn’t all that great either.  6 – 12 months, maybe eighteen if I don’t get a liver transplant.  I am on three lists and my best chance is 40% for a HepC liver.

I had planned on bowing out here on New Years Eve.  I was going to spend whatever time I have left not being obligated to anything.  I was happy because I had been able to line up two coders whose day job is at Automattic, the parent company that owns WordPress to spend time here making sure this site was up and running until such time Misha either woke up from his slumber or pulled the plug on this.

Aaron decided to walk away after getting in some kind of an argument with someone here.  I don’t know the details other than he said something to the effect that he would rather gouge his eyes out with a red-hot poker than come back here.  Sarah, thought she could “handle the boys here” and said she would look after it herself.  Well, she called me the other day and told me that she could not participate here in any way from hereon out.

I am not going to rehash what lead up to her quitting. Suffice to say that she’s gone and not coming back, which means that the plans I made for my eventual departure are now tossed out the window.

I’ve sent maybe four emails to Misha since my initial diagnosis explaining the fact that I am not going to be around  all that much longer and that unless he came back  here to deal with his site, then I would leave it in the capable hands of two professional coders.

My plan was for New Years Eve to be my last day here.  I set up a post that was timed to drop at Midnight on New Years saying my goodbyes and fare-thee-wells.  My account here would automatically delete three months later, taking that post with it.  I have no need for memorials.

Misha seems to be ‘back’.  For how long?  Who knows what his plans are here.   I know what MY immediate plans are — hand the keys over to Misha while he is here and walk away.

I was that lone “Liberal” here on this site.  I was your “foil”, the guy you bounced your shit off of, and the guy you all loved to call names.  I took this position because it was FUN.

I don’t do anything in life unless it is FUN.  As long as it was fun to be here, I stayed.  The moment it stops being fun is the time I stop whatever it is I am doing.  This site supplied a LOT of fun over the past twenty years, and I thank each and every one of you for that.

Well, my fun has come to an end here.  It has stopped being fun to be here.  Hearing my Daughter-in-Law talk the other day, all the fun has gone away — and now so must I.

I may come by here and comment from time-to-time, but I’ve handed in my Management™ keys and shiny ID badge.  You can always follow my stupid shit on FaceCrack where I tend to stay as far away from politics as I can.  I’ve still got some time, and a lot of hope.  But for remaining here?

It’s been fun, it’s been real…

A primate in a world full of trolls...

Been here about every day for decades too.

Best to you and fair winds and following seas

SO long and thanks for all the fish :-).

DJ, thank you for all the fishes, the old crew from 10 or more years ago is sorely missed but all things change. Enjoy your time free of worry about this place and I truly hope you find a way to overcome what ails your body. Fair winds indeed and smooth seas. I will put in a word with Philo… Read more »

I won’t even try to write it all out, Deej, because it would be a novel stretching out across several pages. Suffice it to say that I remember all of the good times, the bad times, the hilarious battles of words we’ve had over the years, how we’ve slung slings and arrows at each other and how we’ve always ended… Read more »

Sorry to hear that. Was here when Um Yeah was getting roasted. Been through a divorce, cancer, a career ending accident, retirement, and a major relocation to to the far east.

There’s always a first time and a last time for everything. I wish your days to be satisfying and enjoyable. Take care