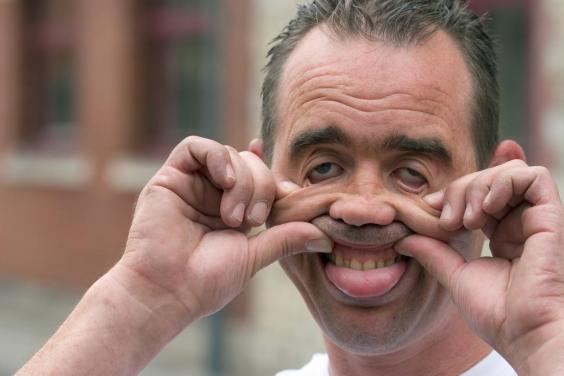 As we’re sure you all know, Salman Rushdie, the author of the book “The Satanic Verses” critical of the murderous cult of Islam back in the late 80s (that’s about half a century ago, almost, and members of the not-to-be-criticized-either cult of the same name having tried to off him ever since), was stabbed a few days ago while trying to speak in the free speech bastion that we know as our great nation.

Police identified the suspect as Hadi Matar, 24. He was arrested after the attack at the Chautauqua Institution, a nonprofit education and retreat center where Rushdie was scheduled to speak.

Matar, of Fairview, New Jersey, was born in the United States to Lebanese parents who emigrated from Yaroun, a border village in southern Lebanon, Mayor Ali Tehfe told The Associated Press.

Rushdie’s novel “The Satanic Verses” drew death threats after it was published in 1988. It was viewed as blasphemous by many Muslims who saw a character as an insult to the Prophet Muhammad, among other objections. The book was banned in Iran where the late leader Grand Ayatollah Ruhollah Khomeini issued a 1989 fatwa, or edict, calling for Rushdie’s death.

Police said the motive for the Friday attack was unclear.

Downright unfathomable, we tell you! Who would have thought! Unpossible! We’ll have to spend at LEAST a couple of decades trying to pretend to get to the bottom of this one!

Our Bestest and Brightestest, Loyal Citizens!

P.S.: While we’re all waiting until The Heat Death of the Universe for our brilliant and impartial law enforcement institutions to dig through to the bottom of this indecipherable mystery, please pray for Mr. Rushdie.

Even if you DON’T believe in G-d, it will still be more fruitful than to wait for our so-called “justice” system to grow what might be called an adequate brain. For a nematode. Baby steps.

Innerestin innit. The fpllowers of the pedophile fake prophet actually had to read the book in order to declare it haram, then issue a fatwa against the author. I would have thought that just reading it (nay, even touching it) would cause them to burst into flames since by doing so they were committing an offense against Allah. Go figure.… Read more »

Oh, I’m pretty sure they DIDN’T read it. Have you seen it? It’s 546 pages of extremely complicated prose. I started it once, but never finished. I knew I had to own it and not borrow from the library because I would never finish it in 3 weeks. Also, it starts off with a dream, so it really throws you… Read more »

Despite claims that the FBI was attempting to retrieve classified documents from Trump’s Mar-a-Lago home, agents also seized boxes of records covered by attorney-client privilege and possibly executive privilege during its unprecedented raid, according to a new report. Sources familiar with the investigation told Fox News that in addition to their seizure of potentially privileged records, the Department of Justice denied… Read more »

Here’s a thought exercise for you: If I took a bunch of books from your house without permission, and stored them in my basement. Are you going to call the cops? Are the cops going to come over to my house looking for these books? If they serve me with a search warrant, are they going to negotiate with me… Read more »

Here’s another thought experiment. What if the cops came over to your house and, while looking for the stolen books covered by the search warrant, decided to grab your TV, PlayStation, stereo, family photo album, collection of classic guitars, you name it, all of which was most definitely NOT covered by the warrant, just how would the rozzers’ case look… Read more »

Attachment A gave the geographical limits of the search warrant. The locations to be searched include the “45 Office,” all storage rooms, and all other rooms or areas within the premises used or available to be used by FPOTUS and his staff and in which boxes or documents could be stored, including all structures or buildings on the estate. It… Read more »

I am not a fan of Mr. Rushdie’s novels, but do fervently support his right to write and publish them. Best wishes for him, and hopes for a swift and full recovery.

I think Ace puts it best,
“The motive is unclear” they vowed.