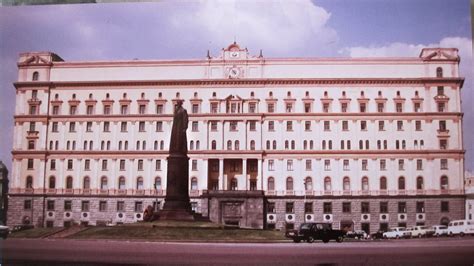 Or something, it’s hard to keep up.

It started off as the equivalent of refusing/delaying handing back library books, and now the story is that President Trump was hiding nuclear secrets, including, perhaps, the nuclear LAUNCH CODES! at his private golf resort. It really is hard to keep up. Next, the Pravda/Izvestiya of USA, now referred to as “the media”, will be wanting him sent to mine uranium in Alaska for refusing to disclose the dinner menu last time he ate with [insert current Enemy of the State™ here].

Yes, against our better judgment, because we found exactly what we knew we’d find, we actually read the entire “warrant” that the KGB, Quantico division, had shopped so carefully to have signed and it amounted to, we’ll summarize for you so you can save yourselves some time: “Every area of the President’s estate not specifically rented out to others that he might be able to access (also known as “his entire house”) can be searched for anything that has a classified status (also known as “everything associated with his term as all of that is classified, down to dinner menus. “Classified” isn’t limited to “Top Secret, Eyes Only, Will Destroy the World if Known”, it’s everything. Literally everything), which can then be confiscated, along with anything found in the vicinity thereof.

In other words, “everything.” If that’s not the very model of a specific, limited and focused search warrant, then we don’t know what is. Also, we’re the reincarnation of Napoleon Bonaparte. Nah, bugger all that, we ARE Napoleon Bonaparte, we just took a nap after that rather unpleasant stay at St. Helena.

But… The Nuclear Launch Codes (and other NUCLEAR SECRETS, whatever they might be, considering that U.S. officials can’t seem to keep their mouthes shut)!!!

A few issues with that. First of all, the launch codes aren’t hard wired. It may come as a surprise to the less intellectually fortunate among us (liberals), but those codes change. They particularly change when we change presidents, making them as null and void as a three dollar bill. Also, launching nukes is a bit more complicated than entering a number and swiping left or right, which is about the limit of most liberals’ technical savvy, so we can see why they’re confused. Also, also, weren’t we told throughout G-d knows how many years that President Trump was Vladimir Putin’s right hand man? Why on Earth would he not have immediately told BFF Volodya all of this, then?

Oh dear! He did, didn’t he? We’re all dooomed, DOOOOOOOMED, we tells ya!

Which has us wondering because we DO possess an IQ of above room temperature:

1) Trump isn’t dumb. We know that it’s all de rigeur to claim that he’s dumb as a post, at least if you’re a liberal, but that is really a rather silly thing to say, considering that he’s been running circles around you for at least 7 years. What does that make YOU, then? As to His Imperial Majesty, we have no idea how smart The Donald is, but somebody who has managed to get through what he’s gone through, particularly those last 7 years with the entire “justice” system (and we use the term very, very loosely here, much like a Jew still miraculously alive in 1942 Germany would use it) weaponized and used against him, can’t be a COMPLETE berk, can he?

2) He had to have been aware that the Fibbies would be willing to do something like this if their pathetic Reichstag Fire “committee” failed to turn him into Marinus van der Lubbe as they’d originally planned, which they obviously would fail to for, well, obvious reasons.

Which begs the question: Why then, in the name of G-d, would he have stubbornly clung to incriminating documents that his undoubtedly highly paid for and highly qualified legal team would have scrutinously vetted, it’s not like they’d had a year and a half to do so, if they knew, as they must have, that the libshit regime and their Stasi “justice” department, would kick in the doors as easy as crying “Gleiwitz Radio Station.”?

You tell us! Although we have to admit that the timing is interesting. Right before a mid term election with speculations about “will he or won’t he?” running rampant.

If this WERE a brilliant game of chicken, and we’re most certainly not saying that it is, we don’t know enough (and neither do you), then we have to tip our crown.

If not, and that’s the crux of it, no matter what, and is extremely dangerous to us all, left and right, any and all faith in our systems of governance are gone.

To Lavrentiy Garland we can only say this: You lamented and howled about how any criticism of this outrage “undermines” our confidence in the principle of equality under the law?

Sure it did. But it was hardly necessary to undermine it, was it? You and your various unaccountable agencies led by unelected, unaccountable goons, already DESTROYED it years ago.

Not much use in “undermining” something that’s already in ruins, neh?

We fear for the future of our nation. The only thing we KNOW is that, whatever may befall us, the responsibility for all of it is on the hands of you and everyone like you. Every single drop of blood that may be spilled will be on your souls, and may you burn in the fires of Hell forever for it.

May G-d have mercy on you, because we’re fairly sure that no mortals living through the cataclysm that you yourselves brought upon all of us will have ANY.

Open a history book to see what that looks like.

Then, we pray, change your ways before it’s too late.

Well, can’t top that now, or can we? Anyone want to take bets on how long before the DOJ has their pet FIBBIES begin to raid every single property owned by Trump Inc. where “capo di capi” might have a private office? Can’t leave any stone un-turned now, can we? I mean OMG, there are so many places to hide… Read more »

Ahem, well, yes there is that, So, here a U.S. Expat in Qld expressing his joy. 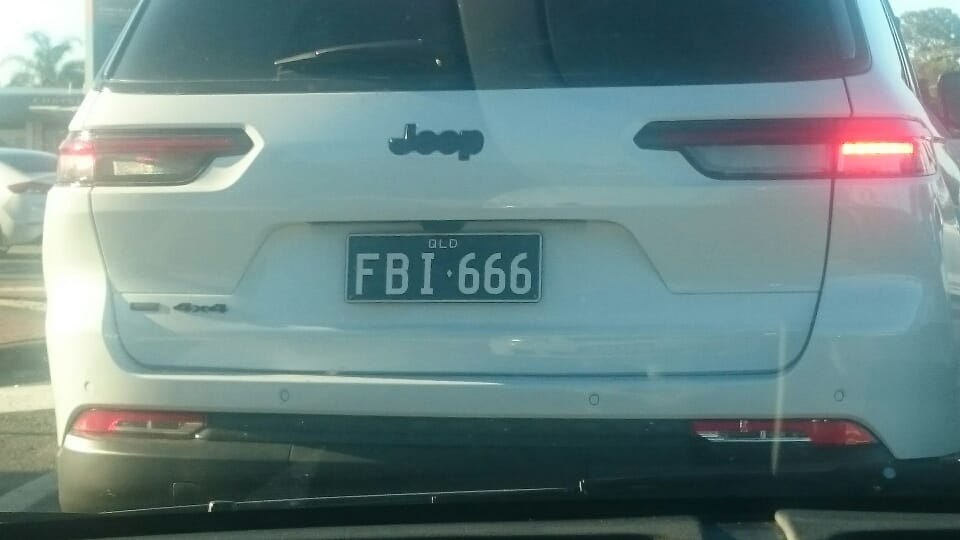 Clinton, Trump, a shitload of others. We SHOULD be talking about it. that’s a box that needs to be opened up wide, dumped upside down and stomp out anyone that falls out.

Oh, it gets even worse. They also took his passports. They must consider him a flight risk or something. I’ve been writing a lot of stuff about this, and I have tons in my “To Post” pile. In the mean time, tomorrow is Wyoming’s primary and in all probability, doomsday for Lizard Cheney. However, she did get a very coveted… Read more »

It really is hard to keep up. I know. After reading the 36 words just prior to this, I was having trouble keeping up. Library books? Launch codes? I’ve had no problem keeping up:. Man had stuff that didn’t belong to him. He was told to give it back and he didn’t. After several attempts to get the stuff back,… Read more »

Yeah, get back to me when those laws get evenly applied to folks that are Democrats.

As hard as you want this to be a political issue, it is NOT. It is about following the fucking LAW regardless of your political leanings. If it seems that more Republicans are getting in trouble., then maybe you should look at what it is that causes them to violate the law more than Democrats. With the exception of Sandy… Read more »

I see that you copied and pasted an article from the VOA website, then put a few words on top. You believe what any entity spews wholeheartedly? You’re smarter than that, DJ. Alex Jones may be on my side of the political spectrum, but I wouldn’t take anything he said without checking multiple different sources and adding a huge amount… Read more »

“Following the law” Ha ha. What about Hillary Clinton taking more than 30,000 classified documents and putting them on her private server? What about Sandy Berger STEALING documents from the White House? What about James Comey, Andrew McCabe and John Brennan PERJURING themselves? What about Hunter Biden, who is a convicted felon, having a gun? What about him riding at… Read more »

There are two elements required in a criminal charge: actus reus — the action or conduct that constituted a crime mens rea — the knowledge and intention that you are committing a crime. Conduct and intent are both elements that have to be proven in order to secure a conviction. The act itself is usually identifiable. You know that if… Read more »

What a long and complicated BULLSHIT answer. James Comey, John Brennan and Hilllary Clinton – Hillary Clinton in particular – verified, under oath, the Russia collusion hoax. Established by their own prosecutor as a hoax. They knew it was a LIE and they verified it. Same with Hunter Biden’s laptop – they knew it was true and LIED that it… Read more »

What a long and complicated BULLSHIT answer. LOL! my first reaction to this comment was this: http://nicedoggie.net/wp-content/uploads/2022/08/JaneYouSlut.gif What’s that old saying, “You can lead a horse to water, but you can’t make it drink”. You asked a question, I gave a professional answer. You didn’t like the answer, because it counters your preconceived notions. The number one reason for federal… Read more »

PERJURY is a crime. The Obama FBI, as we now know, sent a lawyer to lie to the Foreign Intelligence Surveillance Court to obtain a warrant to spy on the Trump campaign.

The attorney has a name. His name is Kevin Clinesmith, and he plead guilty to making a false statement stemming from his altering of an email in connection with the submission of a Foreign Intelligence Surveillance Act (“FISA”) application. He was adjudicated guilty following his guilty plea and was sentenced to one year of probation and 400 hours of community… Read more »

I missed this little bit of idiocy the other day, and am circling back around to respond: And just wait till there are 87,000 more armed IRS agents. I thought the Democrats were for gun control; they’re going to unleash 87,000 more armed agents? Do you enjoy spouting off with alarming idiocy you pick up from other Right-wing websites without… Read more »

I woke up this morning and found that Newsweek published an interesting story about how an informant within the Trump orbit told investigators where to find ALL of the classified material that Trump has been stashing away for years. It’s just one story without independent corroboration — yet — so I’m sure the story is still developing and is subject… Read more »