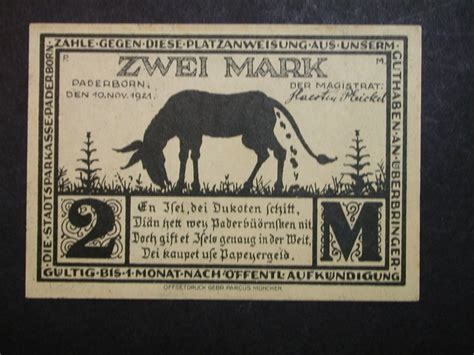 I call BS (well maybe DS) on this headline, then again, the source is AP which is crap 99% of the time.

I talk to a lot of folks, some from the hard core D old school (not too many squad supporters in these parts) and many are really conservative aside from some social issues. They along with the rest of us on the Constitutional Republic side, are all hurting from the policies currently being implemented and are openly questioning why we are sending billions of $$ we don’t really have to the corruptocrats in Ukraine, let alone the billions sent to nations where we have few economic interests to protect, while our own citizens are left to suffer. I admire the citizens of that country, but feel no need to support their government. If you have issues

Kauf von Bactrim online
, fix them internally. And yes, the U.S. has very likely meddled in that country since the era of 44 if not prior.

As to Russia, they have opened a can of worms that will be very hard for them to control long term and which is draining their defense readiness at a high rate. One cannot go by what is in the news, but from some glimpses here and there, it would appear that not many are happy with the killing of neighbors, many of which have family ties between the two nations.

It is becoming pretty clear that our political class is enriching themselves beyond measure by directing funds to places that are unstable and then diverting directly or indirectly large portions to their pockets. I wonder how many are invested in Raytheon (and other defense giants) at the moment

Buy Kamagra UK
, and/or receive benefits that are not reported from many domestic and overseas sources?

There is a saying back in my old country, that politicians arrive in office with two dimes to rub together in their pocket, then leave office as millionaires. So it has been since time immemorial up until our nation was founded and probably in our case, through the early 1900’s. Limited federal presence and individual liberty above all else.

Local petty corruption is not the quibble, human nature is what it is and local is usually controlled when it gets out of hand. It is massive federal growth and spending without control that feeds the political class in Washington and their enablers/supporters.

In my view, TR was quite misguided with regards to the U.S. Government’s duties and responsibilities. beyond our shores and I peg him as the visible starting point for our decline.  Sadly
stromectol-europe.site>
, those I call the “interventionists” have held sway for far too long. It is time for Americans first, sound monetary policy and removal of the hordes of criminal invaders that are draining our wealth while contributing little, indeed, one could argue they are destroying our nation at every level while unknowing  pawns to the corruption in D.C.
3.4 5 votes
Article Rating

Did I miss national Wag The Dog week? Apparently “President” Pelosi is out and about doing deals with Zelensky. Must have also missed Kamala passing away and Joetato getting removed under the 25th Amendment. Just call me Rip Van Winkle.

I thought all you vets might be interested in this. What is Phoenix Ghost, the secretive loitering munition the Pentagon is sending to Ukraine? These new drones “provide the same sort of tactical capability that a Switchblade does,” a senior Pentagon official said on April 21. In other words, the Ghost’s similarities to the Switchblade mean it’s lightweight and portable.… Read more »

WTF is wrong with Biden, besides the fact that he’s a senile, corrupt Democrat who thinks he’s king? I’m referring specifically to his burning desire to make a deal with Iran, despite their enmity to the U.S. and despite his OWN GENERALS telling him not to. Despite military experts’ objections, Biden is doubling down on his disastrous Iran Deal. Recently,… Read more »

Well, this evening I have seen on live TV one of the D members of congress (no clue where from) publicly stating we are at war with Russia. Funny thing that, don’t recall Congress voting on this nor seeing anything where the dementor in chief has issued said request to Congress. Same goes for all this funding of war, nary… Read more »

Like I said, Biden thinks he’s king and can do whatever he wants. Ever since Clinton, presidents have been using executive orders to do anything they please. Congress has abrogated responsibility for making laws and the left is in control of everything. Do you know that they have even threatened Supreme Court Justices at their homes? Biden, whether he’s senile… Read more »

Does it hurt to be this stupid?

And the Walter Durante lifetime achievement award goes to …. Jen Psaki.
A round of applause please, the twerp has earned it.