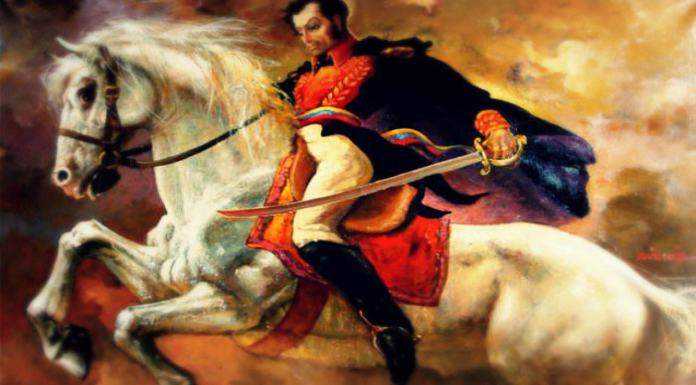 Having the privilege of earning a living by working with persons in foreign nations over a 40 year span, and in many cases, dealing with government bureaucracy, there are some empirical anecdotal rules that seem to pop up far too frequently.

The BLUF (bottom line up front) is that essentially no one in the bureaucracy other than the actual end user of the product or service you offer, has one iota of vested interest in what you are doing. This means that no one will lift a finger to assist the end user in his task unless

1) Said end user is a member of the bureaucrats family
2) The future promotion of the end user AND the bureaucrat in question depend on something you are providing
3) Payola is involved to make it worth their while.

I can cite chapter and verse on this by country, and pretty much every country outside of Western Europe and the first level European influenced nations, operate this way. Mind I never resorted to item 3) since this is contrary to U.S. law

buy cheap kamagra online
, unless apparently, you are an actual member of the U.S. government.

What is the other common thing with most of the worst performing nations? Socialism/Communism then Tribalism and there is broad intersection of the Venn diagram for these two.

Venezuela was one of the wealthiest nations in S. America, business was good there for the various companies I have worked for up until Hugo Chavez was elected. He proceeded to quickly emplace cronies and family into every facet of industry, thus driving the economy into socialized destruction while looting the treasury (at every level). When the top dog is skimming, all the cronies and family do the same. End result, an impoverished nation controlled by narco thugs and foreign “investors” (note their oil industry is almost moribund due to firing of most of the management that actually knew how to operate it). There was a growing middle class and jobs were plentiful before Chavez. Was there poverty? Sure, pretty much all of S. America outside of the southern cone (Chile, Argentina and Uruguay) have large subsistence populations due to a number of factors, but there was no endemic starvation as is seen today.
Venezuela is old news now, economically collapsed and a vassal state of China, Iran and Russia who take what oil and goods they do produce in exchange for paltry support (meaning payments to the dictatorship).

This week it has been Peru splashing the news. Here in a fit of absolute idiocy, the indigenous population voted in a communist president, one utterly incapable of managing a country. He has in the space of a few months, caused 4 turnovers of his own ministerial appointments and over 60 members of congress have quit over the absolute destruction he is causing to the economy. Inflation has surged and goods are becoming scarce (gee, where else have we seen this since January 2021?)

At least there is a very strong pushback going on, which is why there are people in the streets demanding the current government step down. This can result in resignation or it can result in a new military intervention and temporary military rule. Has happened before, so there is precedent.

Looking at our own situation, thank God for federalism and state governments. Were it not for our 50 Petri dishes and Constitution, the U.S. would have long since fallen into the Latin American cycle. I for one still have some faith that the majority of this country can change the direction currently being fomented in Washington

cialis buy uk>
, though this will be harder with each passing week, given the wanton destruction of the economy.

apoteketreceptfritt.com
, no matter what the actual end result may be, thinking they will always remain “in control” which is another euphemism for the obtaining of riches without actually producing anything.

As of today, there are 211 days to next election. This is all the time remaining to make the election day process work without corruption, a very difficult task when the entrenched powers are working to make sure no such sane actions can be implemented.

Require voter ID – heavens no, the voters are too dumb to obtain such

Return to paper ballots and hand counts (no programmable machines) – oh no, not feasible.

Purple dye once voted – oh my, no, that is too third world.

In the words of Kurt Vonnegut Jr. – “and so it goes”

I can cite chapter and verse on this by country, and pretty much every country outside of Western Europe and the first level European influenced nations, operate this way. Mind I never resorted to item 3) since this is contrary to U.S. law, unless apparently, you are an actual member of the U.S. government. Since you havent left ‘Murica in… Read more »

Last edited 7 months ago by LCAussie
0

The BLUF (bottom line up front) is that essentially no one in the bureaucracy other than the actual end user of the product or service you offer, has one iota of vested interest in what you are doing. This means that no one will lift a finger to assist the end user in his task unless1) Said end user is… Read more »

Last edited 7 months ago by LCAussie
0

Somewhere a small god is laughing

Do you not read replies? Or is your silence tacit admission you can’t back up your claims?

I post for entertainment purposes, not to generate friction. Silence means weariness and the weather has finally turned from frigid snow to warm rain, so there are things get done. Take a deep breath and relax my friend. will be back when the next storm hits..

Well, when you post something entertaining, as opposed to making baseless, unproveable and absurd claims of “election malfeasance” against a foreign government you know jack shit about, let me know.

Are you this angry about a vague generalization because it is quite true and has struck a cord in your subconscious?
This is a lot of emotional response for an offhand statement.

When someone makes a claim ” The Australian government ignores the rule of law to stay in power,” you will forgive me if I ask just what proof they have to back that up.

Do you really care what us idiot colonials think of your penal colony? Beat and incarcerate whomever you like for whatever reason. We’re apparently content to let the loonies run free and wild while the dwindling worker class continue to try and drag civilization across an imaginary finish line until robotics are perfected enough to replace us mules with robomules.… Read more »

Do you really care what us idiot colonials think of your penal colony? Oh dear, looks like someone doesnt know Americas dirty little secret. Not surprising, considering your ‘education” system https://samepassage.org/britain-sent-thousands-of-its-convicts-to-america-not-just-australia/ Britain had been shipping convicts to America for decades before they started sending them to Australia. In fact, it was precise because of America’s fight for independence that the… Read more »

Actually, yes, we do know the crown sent convicts to the Americas, and many came for petty criminal acts such as stealing food to avoid starving, as well as indentured servants to the crown with freedom granted after XX years of labor assuming survival. We are also know a fair portion ended up in what is now Canada and the… Read more »

A jail with 100 or 1000 prisoners is still a jail, Josephine. And as for “our lot” what you halfwits don’t get is what happens when we find out we have a convict ancestor. We throw a gigantic fucking party to celebrate a link to the hardy founders that braved flood, famine,fire,rain and created this nation. We celebrate the people… Read more »

Riflemen outside polling places and direct removal of people who double vote. Citizen’s arrest on poll workers who allow such shit, and voting without proof of citizenship.

Wide publicity of the above prior to the election.

So you don’t mind some random, self-appointed guy with a gun demanding to see your papers for proof of citizenship? Would you mind if he strip-searches you and or your children? Would you defend yourself from such a confrontation? Maybe pull out your own weapon? If you are the one making the arrest: are you bonded against false imprisonment lawsuits?… Read more »