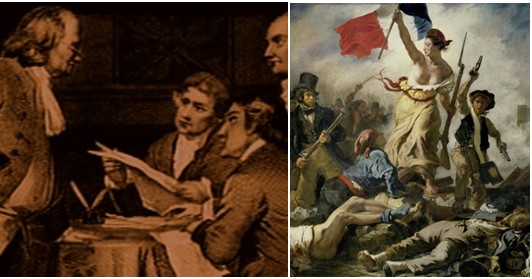 The following is pretty much speculative. Fiction if you will, meaning not real, possibly the product of a sleep deprived brain, eh?

Running with the premise that most of the leadership of the anglosphere and of the west in general, have become so institutional and long running, multi generation family affairs, that one could pretty much accept from direct observation that the leaders see themselves as entitled to rule over those who are “not them”.

This has been exacerbated by the sheer amount of wealth that is present to be manipulated and taken at will by ignoring the law; the very law they are sworn to uphold and faithfully exercise to the benefit of the peoples of each nation.

The people in government (both elected and non-elected) have developed a  delusional mental world to inhabit, utterly divorced from the rest of the residents and citizens that engage in tangible work, produce, build and create in their daily lives as a means of survival, pursuit of prosperity (happiness) and a measure of stable security for their family, community and posterity.

The clearly visible and ever increasing disconnect between the two camps leads to speculation on how to correct this issue.  We have just witnessed on a small scale, what happens when open oppression takes place by one leader (and far too many of those in his government) where brute force was brought to bear on the population. Fortunately it appears someone or some group was able to talk some sense into the rogue leader and he backed off (perhaps temporarily), but the damage is done.

, made to lose their property and possibly their very children, are “still to be prosecuted”.  Apparently the message did not get through completely. The concern causing the backing down appears to have been poor optics and maybe a fear of a total run on the banking system

, not the actual dangerous policies.

So we come to the the realization that it may  no longer be an approach of rational negotiation to fix issues, with voluntary (perhaps coerced) departure of those currently ” in power” to be replaced by vote and mutual cooperation. That or if things will go the way of  warfare between the general population and the small group “in power”  to resolve festering injustice and related grievances.

, the events leading to creation of the French republic (each with hugely different legal foundation).

I prefer a return to the founding principles and acceptance of change by way of fair and free elections by the legal citizens of the country.

, property and the very real possibility of a irretrievably fractured nation and  (gasp!) factional dictatorship.

I pray a majority chooses wisely and the delusional suddenly gain clarity.

This was on display last weekend at a small get together in which I was at a friends place for brunch. They have four grown kids and the oldest is literally a genius (her IQ is in the 170 range). anyway, after we ate my friends and I were trading military stories from back in the day and you could… Read more »

Want proof on corruption, see who hangs out at the WEF

Is Soros still alive? Because it seems he may have missed giving ME some money… I mean, the amount of time this guy spends in your heads is amazing. If you were to ask anyone on the Left about who George Soros is, most of them wouldn’t be able to tell you. Just like most people on the Right couldn’t… Read more »

OT warning. Been away for a while. Love the new look of the site.