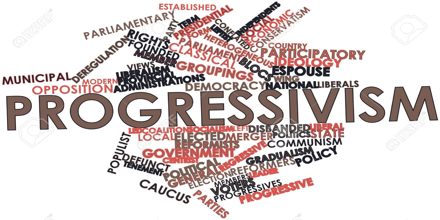 “No snowflake in an avalanche ever feels responsible.” -Voltaire

The ideological framer of what has since become modern Progressivism is considered to be Jean-Jacques Rousseau, a Swiss-born writer and political philosopher who died in France in 1778.  Academics tend to consider him part of the Enlightenment, but a close study of his ideas reveal the fingerprints of the ideological mindset of the anti-capitalist, anti-individualism movements to come later.

The core ideal of Rousseau’s philosophy was the belief in the natural goodness of man. He framed this idea in such a way that there was no place for intrinsic evil in the actions of all men. Humans are naturally good and benevolent, and it is society therefore which is bad, and corrupts men.  Rousseau also believed in the morality of emotions, considering them just and legitimate moral foundations. This last is one of the reasons I refuse to credit him with a role in the Enlightenment.

Imagine the power of this ideal as a personal philosophy. It is a permanent absolution of all sins, past, present and future. It is the suspension of all personal responsibility and accountability, since it is society which is to blame; never the individual.  It is permission to be as selfish as one wants.

It is deep insight into today’s progressive.

The ancient people of what is now China were wise and observant in ways which are nearly extinct today. They understood the inherent duality in all things, which they called the Yin and the Yang. Male and Female. Order and Chaos. I raise this to observe that every new movement creates its own opposition in human nature. Where there is good, there must be evil. Where there is wealth; poverty. Politics is similarly afflicted.

What we call Conservatism today is really the last vestiges of Constitutional liberty, which, with the obvious exception of the issue of slavery until it was resolved, was comprised of political parties offering different flavors of individualism.  It is a reminder that for a long period in time, all parties and all people would have been described as conservative. Along this path, once conditions were right, the Treasury was full, and the People sated and unconscious, the initial entreaties of progressive thinking began to manifest themselves.

To observe more of the Yin and Yang, there are two key dualities in politics today. Who you are on these qualities almost always defines your politics. The first is your orientation of mind. Are you a thinker, or a feeler? Do you assess the world through an analytical framework, or do your emotions govern your views? The second is locus of control. Do you believe that your circumstances lie within your own control, or do you believe your circumstances have more to do with the vagaries of society? If you are in the former group, you have an internal locus of control. You believe in personal responsibility. If you are in the latter, you have an external locus of control. You feel that your life is more a function of things you do not control.

Which brings me to the question of pathology. If mankind had been forever dependent upon emotion for progress, it is not clear to me how much different our lives would be from those lived in the earliest days of the species. The same can be said for an external locus of control. It is at best a passive outlook and at worst a mindset ripe for anger and spite. These are not often the minds found in individualists, and individualism is the single most powerful political idea in the history of humanity; if freedom, wealth creation, self-actualization and the reduction of poverty are the metrics.  It stands to reason, however, that if an idea as powerful and beneficial as individualism comes to exist, that the Yang to its Yin would have to oppose its good with features we would recognize as evil. So it has come to pass.

Steering an adult away from such a self-destructive world view is a near impossible task. A progressive sees our criticism of their perspective as proof of the evil society they believe must be destroyed. They truly believe themselves to be the guardians of Rousseau’s goodness of mankind. Without reason, they do not possess the tools to see the non sequiturs in their framing. Being emotionally driven, they are identity-involved in their political views, and the idea of changing them imperils themselves.  As one of Rousseau’s creatures, they possess the fatal blindspot of inability to see the criminality in their party and their government, even as they wield it to ostensibly improve the lives of everyone.  We now know how it is they can be so gobsmackingly obtuse.

Which means that if we are to save liberty, we must first save our children from the easy trap of progressivism. Reason is worth saving. Individualism is worth saving. Self responsibility is worth saving. And we must know intuitively what we are up against, and fight it from a position of wisdom.

Tell Me Again Why Sound Money Is Good Policy?

In a nutshell, internalize the 10 commandments and all will work out.
This is why the emotional liberals are so rabidly opposed to Christianity, it requires them to have core values.

As a moral code, the ten commandments delivered the core of classical conservative values. This is the issue with Progressivism. They simply do not see the world this way. My intent is not to defend it – in my mind, it is a cancer that its victims do not know they have – but to understand it, and by understanding… Read more »

This sadly poses a conundrum: If you cannot change the mind of an ideiologue where they will not see or accept your point of view (it is dissonant to theirs), then there is no solution that does not involve either physical separation of the two camps or use of violence to defeat the ideology. We are very near that point… Read more »

Why would we follow the drugged out ramblings of bronze age goat herders….

Is Biden trying to piss of all Americans? Just take a look at these headlines: Biden Nominee Thinks US Elections Are Anti-DemocraticPresident Biden’s selection for a Manhattan federal bench spot (Southern District of NY) once called the Electoral College and the Senate “anti-democratic,” according to a report. ? This is AFTER he nominated a Communist (Saule Omarova) to be the… Read more »

Let’s be fair, he actually thinks they are anti-Democratic.
The Leftards Dictionary of American English™ definition.
democratic: adjective
A political system where all decisions are made by the Politburo with minimal, at best, input from the common people.

I think that link lowered my IQ in the 50 seconds I perused it. Can’t imagine what it does to folks that tune into this crap daily.
Need more single malt to recover.

PA’s final results show 49,141 more votes than voters. The SURE system. the official registrar of votes pursuant to 25 PA Stat, reflected that there 784,752 more votes than voters. PA Law expressly prohibits certifying until after the investigation. If…it shall appear that the total vote returned for any candidate exceeds the number of persons who voted in said election… Read more »