I am sure you have all seen by now, the pictures from last Tuesday the first day of Autumn, of some 15 to 20 thousand Haitians and others under an overpass in Del Rio Texas.

Then on Friday, lo and behold! Images of a totally empty ground, with front end loaders disposing of the debris, trash and shit, with nary a soul visible other than the hardhats and contractors.

Followed immediately by a bunch of PR statistics that kind of went along these lines:

3500 (family units dontcha know) admitted to USA with notice to appear before an immigration judge (sure, uh huh)

5000 deported back to Haiti (Huh? Lessee, each aircraft holds give or take 350 persons, so that would be at least 15 aircraft departing from Del Rio between Tuesday and Thursday PM? Wanna bet the ATC flight logs do not show such activity?

And then the balance of 4500 to ?? many more, no one knows, other than rumors of busloads being sent all over the USA under the cover of darkness (can’t have snoopy drones showing everyone what is going on

In addition, the muted news from Florida and other “red” and “purple” states, complaining about busloads of illegal invaders being dumped at bus stations all over.

The lies just keep coming folks, never ends. Then suddenly (unexpectedly I am sure) we begin to hear of movements to allow amnesty, citizenship and (gasp!) VOTING privileges to all of the above. Let us call this what it is…. A well funded, coordinated and on going invasive effort to completely flood the nation with unemployable government dependent bodies (hey, your tax dollars are unlimited now, that is also in the works).

Stock up with consumables and trade goods

Kup priligy bez recepty
Buy Cialis UK>
, money is heading for Weimar, nay Zimbabwean value, unless China economy crashes first and Xi launches the war on Taiwan for distraction. Then it goes to zero instantly and U.S. store inventory vanishes. This is not theory, I have seen it happen first hand in Argentina and Chile.

Be prepared to the extent possible and pray that some sanity returns (don’ expect it though).

Aaaand, proven right again They LIE as the default setting.

If that does not work, try this one:

Homeland Security Secretary Alejandro Mayorkas said on this week’s broadcast of “Fox News Sunday” that approximately 12,000 Haitian migrants had been released into the United States, and he added that the tally “could be even higher.” | Clips

The Haitians have also tried to hijack a bus and attacked customs employees.
And here’s a laugh:

Brendan, this article made me think of you. Do you think you’re living in dystopia? Also, did you see what happened in Norway yesterday/

Yes I did, and theres little I can do about it. I am not the only one dismayed by this…we have warring premiers, a Prime Minister who seems out to lunch…and courts that are, to put it bluntly, politicised. All i can say in truth is that right now, id have given anything to have followed my gut back when… Read more »

Holy cr*p – supression of theinternet? Australia is going full PRC on this. You all have our prayers and support. Maybe it is time to airdrop weapons and ammo but we all know it won’t happen at the federal level under Joe Xiden.

Terra, I have checked with a dozen people. There was no internet suppression, so I dont know where that came from

The air control thing? The cops were running choppers on unrestricted flight plans…that was quickly reversed.

At least you don’t have this. 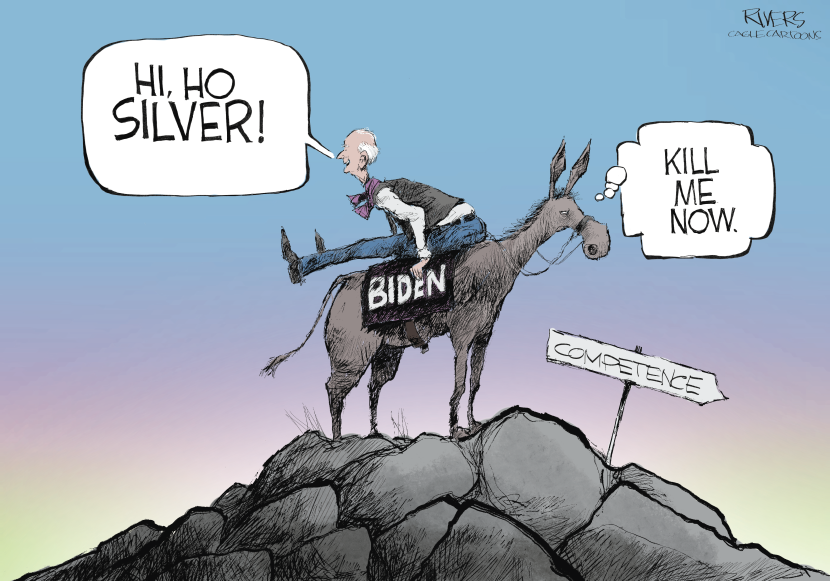 What happened in Norway?

This I guess is what is going on in Norway
https://www.lifeinnorway.net/coronavirus-in-norway/

What I read was that the government suddenly lifted restrictions without warning anyone (especially the police) and people started drinking heavily, overrunning the bars and restaurants and rioting. Basically, the animals/prisoners were freed from the zoo.

That sounds like a normal Friday in Edinburgh Scotland prior to 2010 (ahem, personal experience)

Not much other than rowdy drunks hitting all the bars between Princess St. and Queen St. Go look at Google maps with close in resolution. There are many more now than between 1980 and 2010 when I visited frequently, but I keep wondering what the post bat flu ere will look like..

Congressional hearings yesterday leave us with three conclusions Biden lied. Biden is too senile to remember The Joint Chiefs of Staff just lied under oath to the Senate Milley may be an idiot, but even he isnt so stupid as to potentially end his career ( unless he resigns ) So we are left with one salient truth Biden was… Read more »

Not that it needs updating, but the commie Mayorkas finally admitted to “haveing released 12,000 OR MORE, does not know the exact number, into the U.S. without any screening for disease or vetting. There are about 30,000 more crossing north from Panama as we speak. Someone is funding all this folks, refugees living in Chile, Brazil, Peru and Ecuador don’t… Read more »

My money is on Soros. And Zuckerberg, possibly.