Several folks I know well, and whom have been in local politics for many years, have been musing about the decay of the three supposedly co-equal branches of government. Some going so far as to say there is no longer separation between the branches and it has been so for quite a while.

buy cipro online>
, SCOTUS appears to be politically compromised to the point of inaction on matters of the constitution.

The Congress acts pretty much as one group, with nothing more than window dressing where there is supposed to be serious and active opposition by one party towards the other when things are going downhill (see spending and lack of serious budgeting).

Lastly the executive branch, which is now run essentially by the intel community, composed of multiple letter agencies all of whom are un-elected and more or less permanent in place, with revolving top personnel drawn from the DC/ NY/BOSTON/Chicago axis/cesspit (essentially the U.S. version of the Chinese CPC).

One could easily posit that all branches are hostage to the bureaucracy that knows a) all are corrupt (including the self same agencies) and b) have the proof under wraps, never to be revealed so long as no one steps out of line. Here again one just has to look at all which is NOT being reported or commented on outside of very narrow scope and only by some “new media” outlets or via so called “leaks”.

Lastly, and almost without needing of mention, being so visibly blatant, a news media which prior to mid 1930’s took great pains to report on government malfeasance, now acting as the voice of the uniparty and their handlers. Anything that does not advance the cause (whatever it is du jour) is swept out of view and worse, those in opposition to any policy are attacked mercilessly, giving the politicians all the deniability/cover they need.

This is an open thread for input from any who care to comment. Mind this is all to be viewed as reaching solutions by peaceful and constitutional means.

We all know there are examples of “corrections” to socialist/communist overreach in smaller countries during the 20th C  but at this point we do not need to speculate on that at the scale of the U.S.

Have at it.  My first comment towards the start of a solution is that the individual states have to take back powers rightfully theirs from the Federal government. Florida is showing a start. My second is that within the states

http://hausmemel.de/2/kaufen/index.html%3Fp=3057.html
, we the citizens have to start recalling government officials that are ursurping the powers reserved to us.  California Newsome is a start, Michigan Whitmer might be next if the courts in her state are not compromised.
4 4 votes
Article Rating

well, the good news is that the central planners cannot plan anything well, and their lack of understanding of anything outside the 495 beltway sets everything back to zero as soon as reality hits. The even better news is that the people they count on to help them, Wall Street, Big Tech, S&P500, corrupt state governments, have more incentive to… Read more »

Mind this is all to be viewed as reaching solutions by peaceful and constitutional means.

Well, that narrows the subject considerably. Pushback by some states is indeed about the best news out there.

Yes, the scope is narrow but I am purposeful with that because I lived through the Augusto era and that of Videla. We, simply cannot accept what would happen if that were attempted here. It takes extraordinary loyalty by the armed forces to the constitution and a strong leader. We appear to have waning loyalty to the constitution and very… Read more »

A small update on the madness of Queen Gretchen which ties in to my last paragraph of the posting (and the absolute idiocy of the Trudeaupioans – pronounced “true dopians”). https://nationalpost.com/news/canada/looming-showdown-as-michigan-governor-orders-line-5-pipeline-to-ontario-shut-down You who are not in MI or the upper east coast of the U.S. probably pay no attention to this, but we here are looking at increased cost of… Read more »

For DJ – found on another blog, original source unknown. 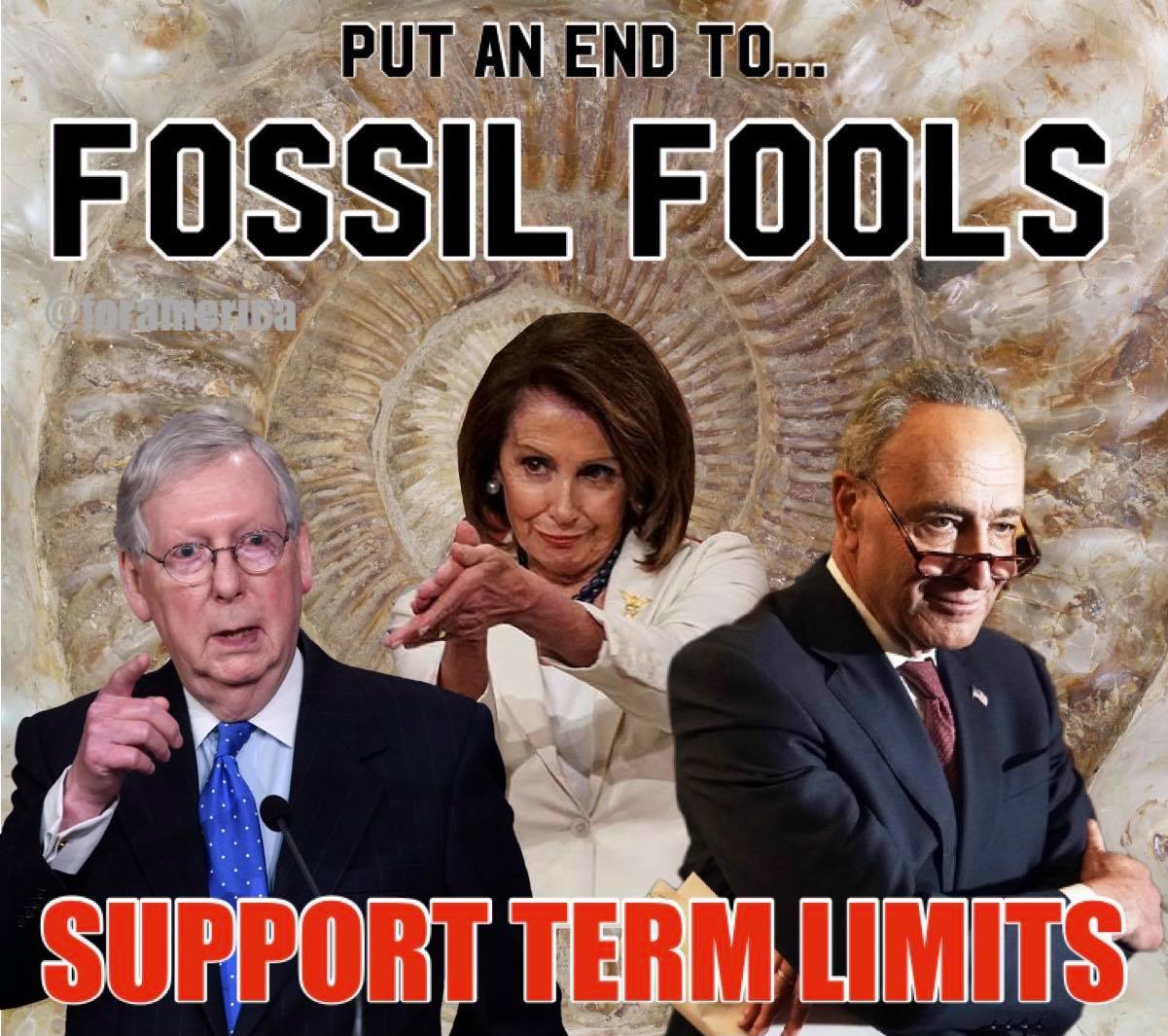 I would love term limits. Being a Congressman should not be a profession. It would make the bureaucracy work harder as they would need blackmail material more often, if nothing else.

I’m afraid you are right, so-called “soft secession” is really the only remedy at this point. There simply is no solution in term limits, shakeups in the various agencies, etcetera. Not that they should not happen, but that they simply won’t. It’s too late to reign in Leviathan by peaceful means, unfortunately. If states finally say ENOUGH, and one can… Read more »