Let’s see how many “trumpublicans” there are here 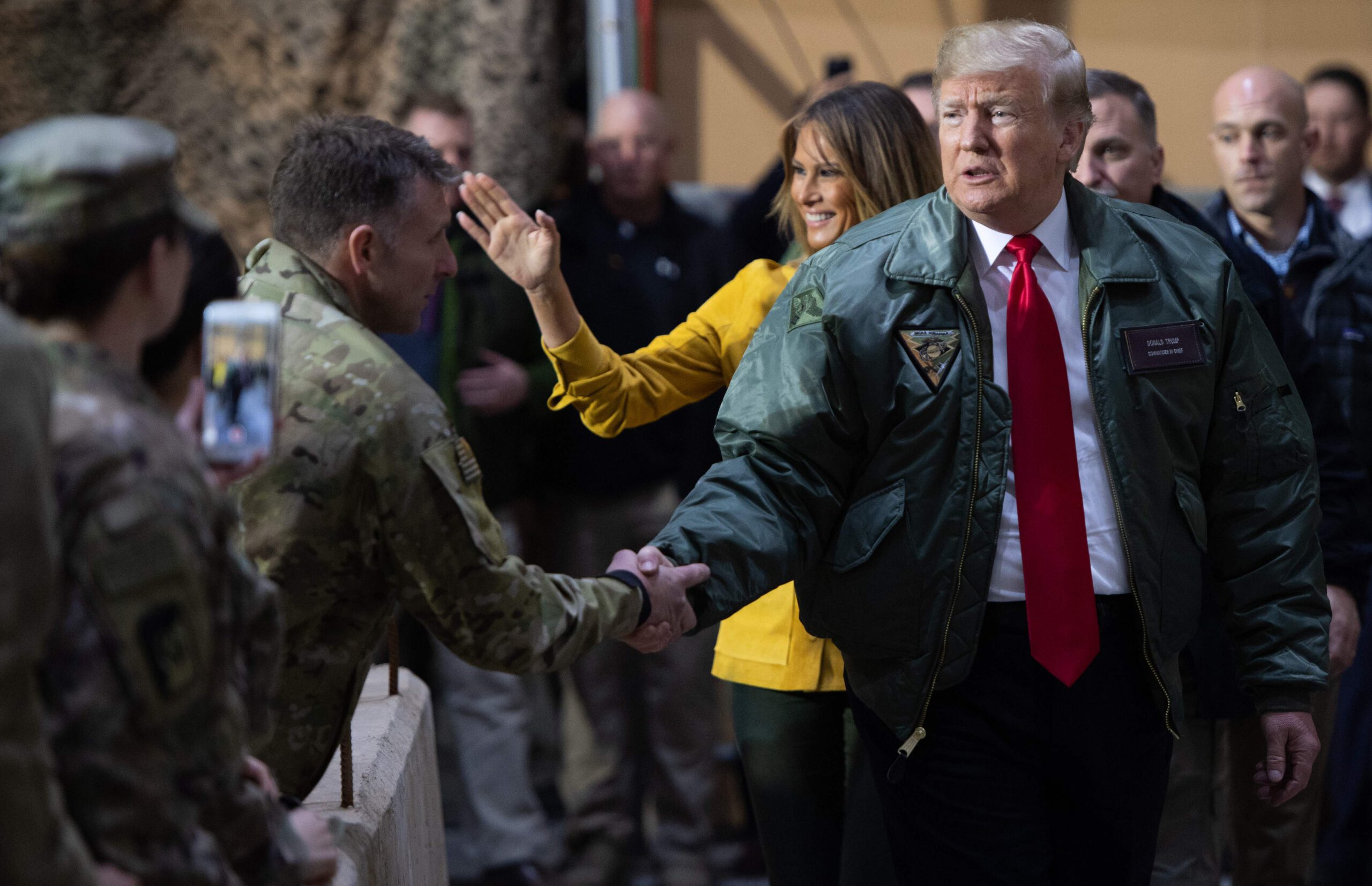 These are SERVING MEMBERS of the military, who roared when the President came out.

According to the stolen election, all these military members voted for Biden. Doesnt look like it to me.

Let’s see Biden get this kind of accolade.

I wont hold my breath.

Oh and lets add ANOTHER first for President Trump

Morocco has become the latest Arab League country to agree to normalise relations with Israel in a deal brokered with US help.As part of the deal

, the US has agreed to recognise Morocco’s claim over the disputed Western Sahara region. It is the subject of a dispute between Morocco and the Algeria-backed Polisario Front

, which has been seeking to establish an independent state. Morocco is the fourth state to make such a deal with Israel since August. Agreements have also been struck recently with the United Arab Emirates, Bahrain and Sudan. Along with Egypt and Jordan, Morocco becomes the sixth Arab League member to normalise ties with Israel.

What was it Lurch said?

“I’ve heard several prominent politicians in Israel sometimes saying, well, the Arab world is in a different place now. We just have to reach out to them, and we can work some things with the Arab world, and we’ll deal with the Palestinians,” Kerry said at the 2016 Saban Forum hosted by the Brookings Institute around the 12:20 mark in the video. “No, no, no and no. I want to make that very clear to all of you.”

Trump then helped negotiate peace deals between Israel and Bahrain in September and Israel and Sudan in October. Iran, Turkey and Palestine have condemned the deals. Palestinians are seeking a two-state solution with Israel.

The Arab states have had a gutful of the HAMAStinians, and President Trumps initiative was one they welcomed. Forget HAMAS (and btw there IS NO PALESTINE ) and lets talk one on one.

The White House said Mr Trump and Morocco’s King Mohammed VI had agreed that Morocco would “resume diplomatic relations between Morocco and Israel and expand economic and cultural co-operation to advance regional stability”.

But, of course, we will always have liberals telling us that this too is a “demonstrable lie”

Let’s see Biden get this kind of accolade.

Uh, YEAH! Brother, neither one of us will live to be THAT old!

And as one of the first orders of business, the Harris/Biden administration will invade Israel to enforce islamic rule on the country. /sarc