“Trump is a failure” – REALLY?

Instead of adding to the growing thread, I think I will just leave this here for your enjoyment.

One of the accomplishments not included is very recent, the ongoing talks with North Korea. Whilst it is early days yet, and a lot remains to be done, the indisputable fact is that the situation in North Korea has been ameliorated to a great degree, with a future.

Detente is possible, no more missiles flying ,AT LEAST, the doors are opened to a gradual and peaceful resolution..which is more than we have had in DECADES.

Yes I said WE.

4 million new jobs have been created since the election, and more than 3.5 million since Trump took office.

More Americans are employed now than ever before in our history.

The economy has achieved the longest positive job-growth streak on record.

Job openings are at an all-time high and outnumber job seekers for the first time on record.

African-American unemployment hit a record low of 5.9 percent in May 2018.

July 2018’s veterans’ unemployment rate of 3.0 percent matched the lowest rate since May 2001.

They think Venezuela is a complete success and want to emulate that success here. Just ask Alexandria Occasional-Cortex.

Ending the Viet Nam conflict and leaving that country defenseless. (thanks in part to Ted “the red” Kennedy and John F’n Kerry)

Back O/T: PTrump has let this smear from H R Clinton and the deep state play out to it’s no-starter for impeachment. It is of a magnitude greater then any attempt, short of assassination, on a fairly elected president, in all of America’s rocky political history. That, right there, makes for a great achievement, Brendon. He is not required to… Read more »

I also find it ..amusing…to be told he isnt a successful businessman.What was it …”he licensed his name”…how many “sports stars:” lend their name to endorsements and make loads of money “successfully”? Even if he IS voted out of office…he will still be an incredibly rich man for the rest of his life. His NYC real estate alone is worth… Read more »

“Success comes from failure, not from memorizing the right answers.” Very true; empirical knowledge, trial and error, test and experiment, falling down but, getting back at it rewards one far more then trying something else or just ‘moving on’. When I was rearing my chillin’, I would occasionally say to them “Live and learn or learn and burn.” I’m now… Read more » 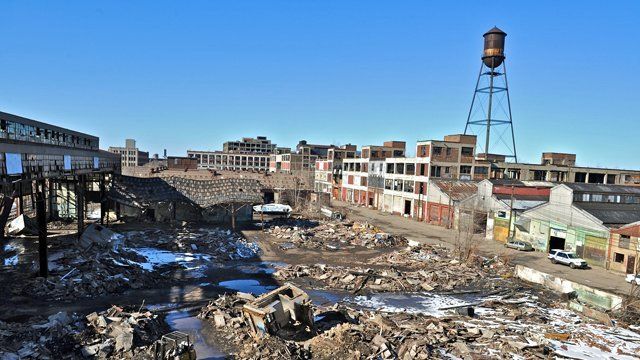 I don’t think it is him, much as I do detest the method he uses. It is the battle for souls that I hint at and the worldly experience we possess that might help the desperate when evil presses them. It is not SNAFU as some may claim, but a hard turn into darkness that stoke my fears that we… Read more »

Dont look at me I did NOT do this

…he wiped the ARCHIVES?

For Gods sake why….