But, We Expected Ponies, Dammit!

We’ve noticed a certain war-weariness in some quarters on the rational side of the political divide. Not like ours, we’re just sick of pissing into the wind, yet we can’t resist the urge to pull out our giant python on occasion for another whiff regardless. But we’re not done. This particular fight has only one side leaving the arena, and we’ll be damned if we’ll be the one left dead on the floor because we forfeited. At least die fighting, if die we must.

No, it’s the kind of “oh noes, the god-Emperor has not reversed half a century (at least) of corruption, socialist march through the institutions and ossified Imperial bureaucracy yet, and he’s had all of two YEARS to do it! What a hopeless failure he’s been!”

We’ll be painfully honest here, we’ve had the same thoughts on occasion, because it’s certainly not because there aren’t any valid criticisms of the current leader of our nation. Where’s the damn wall? What about the swamp? Any draining being done? Where are the indictments? You name it, we’ve thought it too.

Of course, what we’ve also thought whenever we get too angry is “so what would it look like if we were now in the third year of a Cankles Presidency? Better? That what you want?”

You think it’s disappointing now, we invite you to spend a few hours contemplating THAT!

Bottom line is this: He may not have won every single one of the battles, although we’d dare say that he’s accomplished more in two years than the entirety of the “True Conservatives” in this nation have accomplished over the past 40 years, but do you fire a general who fights and wins 3 times out of 4 because he lost that last time? Only if you have a replacement ready who’s guaranteed to have a better batting average, or you’re a flaming idiot.

You don’t kick your star batter with a batting average of .750 off the team because he whiffs a game. Unless you’re an idiot or have somebody ready who is guaranteed to bat .800 at least.

So, those of you ready to throw in the towel and just leave the field to the enemy in 2020 or who feel that the single most successful American President in modern history needs to be given the pink slip: Who’s your star batter?

We need a fighter. Not some clown who checks off all the right boxes and then curls up in the fetal position the moment somebody calls him a mean name or the moment he thinks the enemy is about to fight back and fight back dirty. We don’t need Montgomery, we need Patton.

So if you have somebody in mind, let us know. We’re all ears.

We can’t run because we’re neither a commie nor a muslim, nor can we say that we’d do a better job, but we can guaran-dam-tee you that our amounts of fucks to give about the enemy’s opinion of us is below zero. And if there is a person in all of history who would enjoy watching his enemy destroyed, pillaged, murdered and mutilated more than we would, we’d like to know who he is.

We’re not in the running, however, so we’ll have to settle for second best.

But now’s not the time to go wobbly.

Imperator growls: “…so what would it look like if we were now in the third year of a Cankles Presidency? Better? That what you want?”…You think it’s disappointing now, we invite you to spend a few hours contemplating THAT! Yoiks! Two minutes of that and I want to pour brain bleach in my ear to remove the stain, or hang… Read more »

I will posit, with a high degree of certainty, that between now and the next election the left with do at least one thing so stupid that it turns 50% of every D minority into a Trump voter (note I did not say R voter). The fight then is to unseat as many D party hacks and Rinos from every… Read more »

..I take it no one told her how that ended?

Shhh…maybe we can pack it with the freshman Dem reps. We’ll tell ’em it’s sooper secret committee to impeach POTUS on the moon, in the bat cave or some such…heh, heh!

Author
Emperor Misha I
Reply to  LC Mike in Chi

Hers would be the first set of dentures visible with a medium grade telescope from Earth.

Guest
LC Mike in Chi
Reply to  Emperor Misha I

She looks like Kermit the frog with someone’s hand jambed up her ass so hard her eyes and teeth bug outta’ her empty little head.

That or we give every member of the D party a free ticket on that train to Hawaii, now departing from San Francisco pier 9………..

When The Donald®™ starts his second run it is my hope that the cuks, nevertrumps and the blue dogs come over to the darkside and trim this behometh of taxes for feewings and favourite players To. The. Bone.

Lots of linky goodness in this article by Frank Hawkins over at American Thinker: Meet Alexandria Ocasio-Cortez’s Rasputin …snip “Ocasio-Cortez was given a plum seat on the House Financial Services Committee. Her placement on the exclusive House Banking Committee, as well as the appointments of other newbie progressives to top committees was part of a larger deal to re-secure the… Read more »

Luckiest asshole of the week edition:

Not so lucky Jose.

LCBren, just heard of the mosque hit in Christchurch. What do you know about it?

CBS news live says it was two mosques and over 50 souls are dead, as of this post. An Aussie posted a manifesto beforehand. The cold hearted murderer just put a jihadi focal point on you Kiwis.

LC Brendan, my apologies sir, for popping off like that and will instead offer my prayers to you and your countrymen in this time of horrific tragedy.

And so he would…

Need some of this 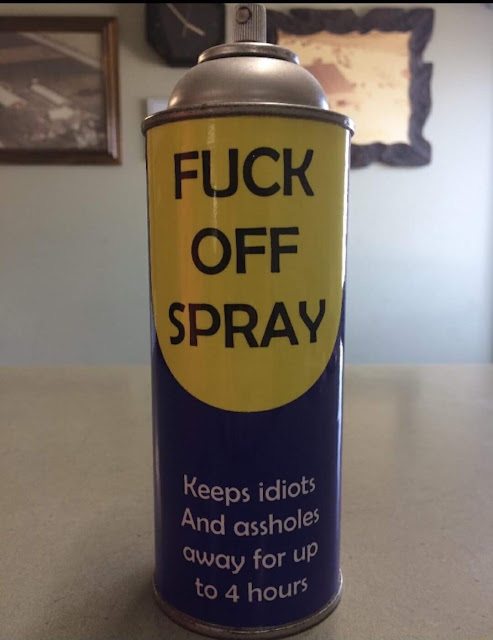 That was a bit ambiguous.?

Terrapod Thanks, at the very least, for stopping me from shoving my foot any farther in my thoughtless mouth. I am sorry for my multitudinous and insensitive commentary of late and did not want to be a detri-mental case, here of all places. I have lipped off and been crass to the dialogue and participants here and have deserved any… Read more »

Morning Mike in Chi, no mea culpas needed. The image was generic and just tickled my funnybone as I saw it as eminently useful when dealing with today’s press and other useful idiots run by the progcommie party. It was not directed at you by any measure and if there was any insensitive commentary somewhere above it was not noticed.… Read more »

I am a bit rattled by this recent slaughter and this well crafted first person dialog in his manifesto. The wife and I think it stinks like a Dem think tank or a CIA mission proposal.

I expected ponies too, dammit. I am an eternal optimist, when I see all this horse shit in the swamp, I know there is a pony in there somewhere.

I’m trying to decide whether the man is an idiot or the world’s greatest troll. Right now, I’m leaning towards “world’s biggest troll”, but man are our friends over on the other side a tempting troll target. It’s true that some of the stuff he says on Twitter is not particularly articulate and some are factually incorrect, but watching them… Read more »

After reading the document I come to several questions. Appears to be written as if he was being interviewed by the press in first person as observed above – in language that is clear and not overly complex. Thoughts are fairly coherent (I make no judgement on veracity or purpose) 1) Who is his real target audience? 2) Was he… Read more »