The Useless Nitwits are a band of statist bastards, we all know that. From putting the worst human rights abusers on the committee for human rights to trying to declare the Western Wall as a mohamadean religious site, this babbling cluster fuck of elitist cocksuckers who envision themselves as the enlightened ruling class of the globe are constantly fucking good things up. They’re to geopolitics what “Let’s be friends” is to dating, a pretentious slut who thinks she’s too good for you and gets way too much pleasure out of crushing your dreams and desires.

They’ve long been anti-American and pro-totalitarian, trying to impose on the world a malignant nanny statism, sucking off the American tax payers teat to do it. But now they’ve gone to far!

Just kidding, they can die on my bayonet trying to take my land and freedom too, but I just felt a little William Wallacey there for a second.

They’re including red meat and bacon in the same group of carcinogens as tobacco and asbestos and no doubt in time will start a jihad against cooked animal carcass (mmmm, animal carcass) the same way as they did against smoking.

You know what I say to that? 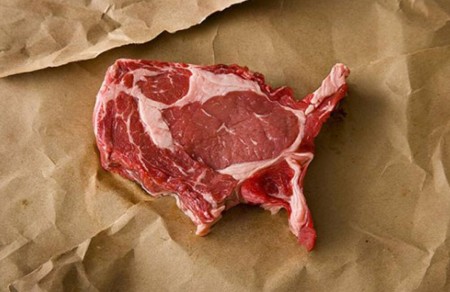 Any one tries to take my bacon I’ll beat them to death with a bag of cobras and loose change.

It was the Muslims on the committee. It’s just another step in their goal of world conquest and Islamic domination.

Yes. Bacon should be crisp, the way God intended it.

Only a liberal would serve up “rare” bacon, and that would be due to their incompetence in cooking meat products, the damn vegans!

Only if you mean still squealing as you send it to allah before frying it nice and crisp. Unless it’s cut thick, then it should be real juicy and dripping and…..mmmm, bacon.

Fact: Pork is the only food that can save the world by forcing Muslims out of the promise of paradise and thereby scaring jihadists.

This leads me to the only logical conclusion: Bacon is proof God loves bacon eaters and has given us the toop for our salvation….

All this talk of bacon has made me want some. Good thing it’s time for breakfast.

Wish me luck! In a few minutes I will be risking my life by eating BACON!!

Wish me luck! In a few minutes I will be risking my life by eating BACON!!

Only a liberal would serve up “rare” bacon, and that would be due to their incompetence in cooking meat products, the damn vegans!

I’m afraid to ask how you prefer your steak.

I’m afraid to ask how you prefer your steak.

Bacon, on the other hand should be served crisp with a side of eggs over easy and copious amounts of coffee. Black, unsweetened as God intended.

I’ve walked out of restaurants due to them refusing to do anything better than “medium”.

On the plus side, I once convinced the chef at Red Lobster to prepare my steak Blue Rare, which is apparently a special challenge due to that franchise utilizing wooden stoves…

LC Getalis, Imperial Czar of Pharmacology @ #: I’ve walked out of restaurants due to them refusing to do anything better than “medium”. I can’t stand rare meat. My mother used to hold filet minon, (sp?), over a lighter for a few seconds, and then get angry when I would take it back and actually…cook it. Now my brother? He… Read more »