Remember the guy who got on FOX to talk about how Lying King Obama’s promise of “keeping your doctor and health plan. Period” didn’t quite work out for him? Bill Elliot? The guy who has cancer and, rather than bankrupting his family has chosen to “let nature takes its cause?”

Guess what? Right after he got on TV to explain how he could neither keep his plan or his doctor and how that means a death sentence for him, he found out he’s getting audited by the IRS!

Man. If His Imperial Majesty was more conspiratorially minded, and a paranoid bitter racist clinger to boot, he might actually find this rather… suspicious. But that is, of course, nonsense. We all know that it all comes down to a couple of overzealous janitors in the IRS’s Cincinnati office who, by the way, may or may not have been disciplined. You’ll never know, because the IRS isn’t talking and the GOP and Darrel Issa aren’t about to do anything within their powers (who are, apparently unbeknownst to them, quite extensive under that document they’ve never read, the U.S. Constitution) to make them talk. That would be uncivil. And alienate the critical LGBT illegal immigrant voting bloc without which the GOP can never win again.

So really, don’t bother us with that sort of silliness.

After all, Mr. Elliot got help from one C. Steven Tucker, a health insurance broker, so he won’t have to suck start a Mossberg to keep his family from bankruptcy anyways. See? Happy ending!

What? Mr. Tucker is suddenly being audited TOO?

Erm… Well “Elliot” and “Tucker” are sort of close together, alphabetically, no? OK, we give up. We’ve got nothing.

But don’t even think about suggesting that we live in a Leftist Dictatorship, because that’s just RIDICULOUS?

What say you, Mr. Issa? Let’s have some more “hearings”, and by “hearings” we mean endless monologues by yourself and yours while you hurriedly excuse any witness taking the fifth. Because let’s not get crazy about this, right? 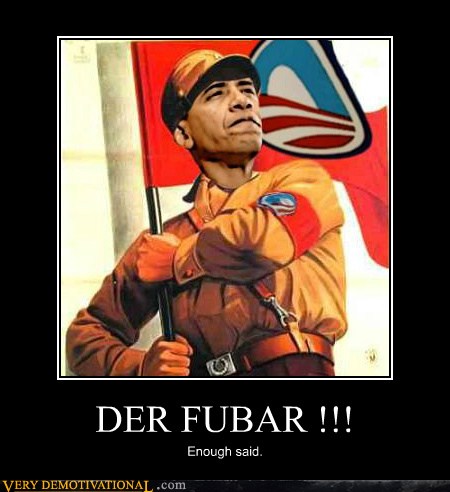 Mr Elliot should count himself lucky he’s just getting audited by the IRS. Had he tried this stunt 2 or 3 years down the road, OFA Greenshirts would have come to his house to play knockout-games with him and his entire extended family.

They need to go into that audit with a boatload of lawyers and flat out accuse them of a politically motivated audit and inform them that if it is NOT dropped, legal action will be taken. Personally, I would just ask them if they like tar, feathers and rope and point to the 500 friends outside the building I brought… Read more »

Seems to me that a guy facing death like this has little incentive to cooperate with the fothermucking IRS.

I know, I know, not reality based, but if the regime keeps pushing this, there will be an incident and there will be federal employees running for their lives.

A majority now believe that Obama knowingly lied when he said, “If you like your health plan, you can keep your health plan.” Repairing the Web site won’t repair that broken bond of trust. We tried to warn them. The GOP didn´t have a single fingerprint on this mess. It´s on the Democrats – in full and in all its… Read more »

He actually said it. His voice dripping with defiance, Barack Obama took the microphone on Monday and decreed that ObamaCare will remain the law of the land as long as he’s President of the United States.

readerjp says: He actually said it. His voice dripping with defiance, Barack Obama took the microphone on Monday and decreed that ObamaCare will remain the law of the land as long as he’s President of the United States. That shlemiel is really flirting with hubris, isn’t he? What does he think he is? Immortal? Untouchable? Unimpeachable? G-d? “As long as… Read more »

The GOP didn´t have a single fingerprint on this mess.

The GOP has two of the key fingerprints on this mess: (1) Olympia Snowe – history called for her to vote it out of conference: (2) John “It’s ok; it’s a tax” Roberts. One helped birth it, the other helped raise it.

Emperor Misha I @ #: That shlemiel is really flirting with hubris, isn’t he? What does he think he is? Immortal? Untouchable? Unimpeachable? G-d? “As long as he’s president”, huh? Well, it seems to me he’s laid down the terms then. He just needs to no longer be president for this unconstitutional abomination, this violation of every principle this nation… Read more »

And it’s growing by the day.

They can’t audit you if their building keeps burning down the night before . . .

Just sayin’ is all

“Nice headquarters, you got there. Be a shame if sumpin’ were to happen to it.”

They can’t audit you if their building keeps burning down the night before . . .

Just sayin’ is all

Funny you should mention that. I’ve been thinking that maybe it’s time we inaugurate a Joseph Stack Appreciation Day after all. Say, February 18 sounds like a good candidate for the honors.

The John Leonard Orr Honorary Bonfire and Marshmallow Roast. Bring your own Smores.

And it’s growing by the day.

To my knowledge, that’s the first time someone said that in testimony to a congressional committee, and meant it, however subtly, as a warning.