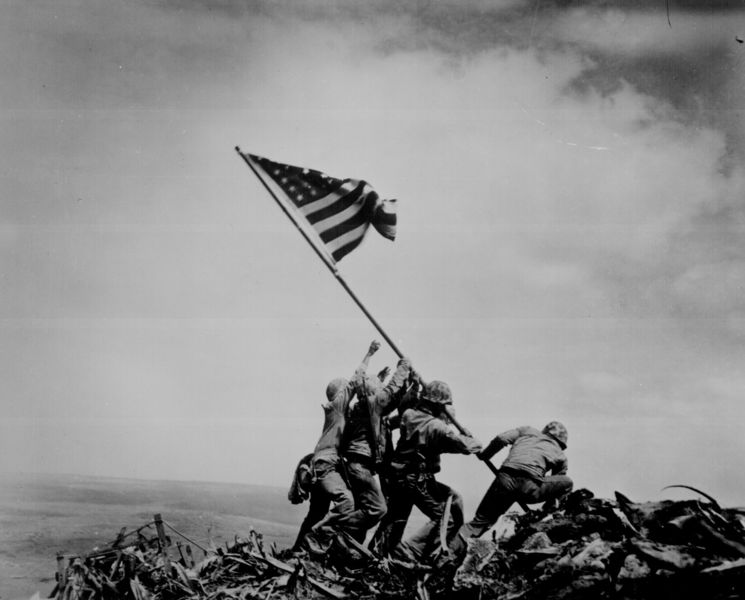 February 23, 1945, Mt. Suribachi, Iwo Jima. A split second of the lives of five Marines and one Navy Corpsman are captured for eternity, and raise the  spirits of a war-weary nation.

The photo captures not only the ascendancy of the United States and the valor of the American warrior, but the ethos of the Marine as well, and is a microcosm of the Corps. The six individuals are melded into one form, one organism, exerting themselves to complete the mission. In the final moment of completing that mission they are anonymous individuals, no face clearly visible, only helmeted warriors in a brief moment of temporary victory in the larger, longer overall effort to win the battle. One battle, at that brief moment in time still long from being finished, in a long war that was also far from being finished.

Despite the illusion of final victory that the image presents, the bloody battle of Iwo Jima would rage for another four weeks, eventually taking the lives of three of the men.Three out of a total of 6,421 Americans, and nearly 23,000 Japanese, who would fall there.

While they are anonymous images in Joe Rosenthal’s iconic image, they were real, living men with families and loved ones at home to whom they were anything but anonymous. 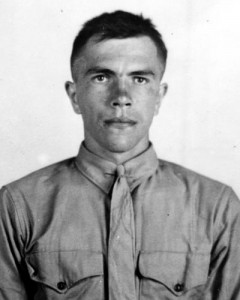 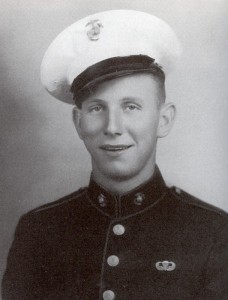 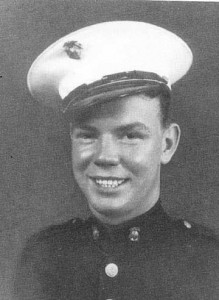 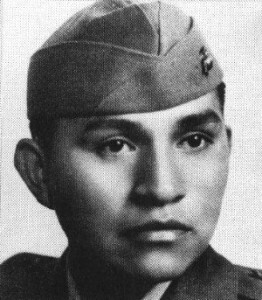 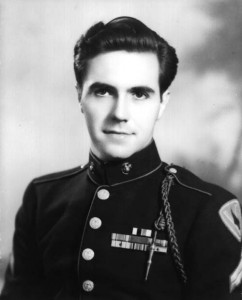 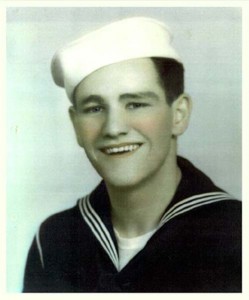 They have all left us now, but their sacrifice is immortal. It will remain to inspire future generations to greatness for as long as the flag they raised 68 years ago continues to fly free.

May we always be worthy of such men as these.

Thanks, Crunchie. Brilliantly done, as usual. In a proper world, this story would be retold on all forms of American media, throughout the day. There is still at least one corner of the world where this history is known and understood as the great legacy it is.

Cannot say anything that adds to or is better than the original post and the comments that precede mine … only “ditto.”

Thanks Crunch…this stirs my old heart. I remember as a child looking at this photo and being awe-inspired. Now I am awe-inspired and tearful.

Tears run from my eyes as I recognize the sacrifices you made. We are truly unworthy of you as we have allowed this country which you defedned with your lives to become what it is today.

A half scale reproduction of that sculpture was under the hammer this week at Bonhams, NY and failed to meet it’s reserve. The agents for the owners have it consigned to that gallery and are willing to punt on the $1,8000,000 they were aiming for. Any takers? Also: See this week’s Forbes and read the think piece by Angelo Codevilla… Read more »

I may be Army, but Semper Fi, Marines. We’ll be needing you badly here soon.

vote #5
.
I never see that photo that it doesn’t stop me dead in my tracks. A mixture of emotions and feelings when I see it…..first, it’s magnificently composed…..then the feeling of patriotism and gratitude.

I pray that we as a nation deserve their sacrifice.

A bit of trivia:
The actual flag in Joe Rosenthal’s picture of the flag raising at Iwo Jima was loaned to the studio by the US Marine Corps Museum for the flag raising scene in Sands of Iwo Jima.

I salute them, Crunch. May we serve as well.

They’re in Heaven now. God has blessed them. Here on Earth: please pass this on to anyone and everyone. Another Rally in Albany, NY, for Gun Rights! GUN INSURANCE – WHAT? PROPOSED LAW: A03908 Requires gun owners to obtain liability insurance of not less than one million dollars. STOP This LAW! ALBANY, February 28 NYSRPA LOBBY DAY AND RALLY LOBBY… Read more »

Let’s not forget that this was the second flag raising that day. The first, though with a smaller flag, elicited the big reaction from the troops & ships. Its last surviving participant was Charles Lindberg (standing, right) from Grand Forks, ND–who’d vacationed in my hometown in his youth. He died six years ago in suburban Minneapolis.

Excellent, Crunchie. I would like to add, that the flag and pole used in Rosenthal’s shot were not the first. The first was a small flag, that was carried up Suribachi stuffed in a Marine’s gear, sans staff while under enemy fire. It was hoisted on a peice of pipe they found on top. They were five men of a… Read more »

In 2005, I was present at the Memorial during a ceremony honoring the 60th anniversary of that photo and the men who had been on that island. Many of them had been transported out there for the ceremony. I clearly remember Colonels and Generals escorting them to their seats.

harleycowboy @ #: Tears run from my eyes as I recognize the sacrifices you made. We are truly unworthy of you as we have allowed this country which you defedned with your lives to become what it is today. Of course, the same guys who defended the country in ’41-’45 often cheered the establishment of the welfare state before the… Read more »

Iwo Jima was a bloody fight…as was a lot of the Pacific campaign.

“They have all left us now, but their sacrifice is immortal. It will remain to inspire future generations to greatness for as long as the flag they raised 68 years ago continues to fly free.”

The National Museum of the Marine Corps currently has the first flag raised on Iwo on display. It can be seen online
in the WWII Gallery, using their Virtual Museum Tour.

single stack @ #: Another bit of trivia, the three men that Sgt. Stryker hands the flag to are Gagnon, Bradley and Hayes. My uncle met John Wayne on the set of “Sands of Iwo Jima” (He was a mechanic by then and was on loan from the Corps working on the tanks they were using) and he had been… Read more »

Looks as if I beat LC/IB PrimEviL, making the same point, by just a minute!

Man, this post really ticks me off. I just got the email about Lee Marvin and Capt. Kangaroo on Iwo Jima (both getting Navy Crosses, Marvin getting wounded), this one also said that Mr. Rogers worse long sleeves to hide the tattoos from his Navy Seal days. So before I commented on this post, I had to check to make… Read more »

Veeshir @ #: Lee Marvin was a Marine Corps sniper in the Pacific campaign. He got shot in the butt on Saipan and was awarded a Purple Heart. He was released from duty on a medical discharge before Iwo Jima. He’s buried at Arlington. Bob Keeshan enlisted in the Marines just before the end of the war and never saw… Read more »

I have to be honest, I always loved the stories about Mr. Rogers being in the service (The version I heard was that he was an Army Ranger). Come on Rotties; think about it: The man being a closet badass was the whole reason his Neighborhood was peaceful.

LC Sir M – Imperial Tobacconist™, K.o.E. @ #:
When I was a young pup I wanted to go to MMA, but there was no way in hell factory working parents could have afforded it.

I really cannot comment on the The Pacific Theater as all my relatives in that dust up served in the ETO! Two of them were in the States moving from East to West when Japan gave it up! According to Dad that is probably the only reason I am here today. Until the day he died he never quit talking… Read more »

Whoops forgot to click the notify! But also forgot to mention one of my “Uncles” Southern for an older man who is drinking buddy with your Dad was on Iwo Jima!

Be glad, Crunch. Given their record of 100% going on to college yada yada you’d have wound up an officer instead of working for a living!