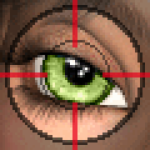 Most of you know I am a born and raised Alabama gal.  Although I am now a Texan, I still follow what’s happening in my home State and more importantly in my home County where most all of my family still resides.  Over the last few weeks we’ve seen numerous statements from County Sheriffs who are taking a stand against Obumer and his band of merry Gun Grabbers by stating they will not back any Federal confiscation of firearms in their Counties.  The best by far comes from the Sheriff of Morgan County, Alabama (my home County).   This statement has the best definition of what “Militia” really means.

I have had many concerned citizens ask me how I feel about gun control and the 2nd amendment as it relates to the recent incidents. I swore an oath to uphold the Constitutions of the State of Alabama and the United States of America. I took that oath very seriously. I understood, that County Sheriffs may one day be our last line of defense against a government that seeks to reach outside its lawful bounds. A Sheriff is by constitutional statute, the highest law enforcement officer in the county; a law enforcement officer that is elected by the people. We are given the ability to call upon the people in times of need; to swear them in as deputies, to stand with us, in order to protect citizens from enemies that would harm us or would seek to rob us of our freedoms or of our rights as American Citizens. My job and the job of the deputies that stand with me, is an awesome responsibility, especially now in such perilous times of conflict. Our right to keep and bear arms is one of those absolute rights of the constitution that I am sworn to protect. This right is given to Americans so that we may not only protect ourselves and our families from criminal elements, but also to be called upon to stand with me should the need arise. God help us if it should come to that. The 2nd amendment was framed to insure that the people would be armed and able to fight for a righteous and lawful cause.
I do, however, believe there should be controls over who is able to purchase and carry weapons. Those controls are in place. The law forbid felons, the mentally ill, or dangerous and violent people from possessing/carrying guns. There are laws to prevent guns in schools, courts, federal properties, and other public places. Individual property owners and businesses have a right to forbid weapons on their premises if they wish. Federal laws require background checks for firearm purchases and special ATF permits for certain types of guns. Sheriffs of each county are tasked with the responsibility of approving concealed carry permits. We don’t need any further laws or statutes. We need the power and ability to enforce the ones we have and the means to deal appropriately with criminals and the mentally ill that fall through the system. I believe that every law abiding citizen has the right to own and carry a gun if they wish to do so. This right shall not be denied or infringed upon according to the constitution. I, nor any of my deputies, will be seizing guns from law abiding citizens nor will we stand for any federal agent to violate our citizens’ constitutional rights.

I’m relieved to know that my family are not going to have to deal with an overreaching political stooge for a Sheriff.  This one is a tough, no nonsense Officer.

And HER name is Ana Franklin.

May we be blessed with many more like her. If this country finds a way to turn from the course that it is currently on, it will be because people at the state and local level stood against federal overreach, and turned the tide. Alabama is not alone in this fight. Several governors, including Rick Perry, have made unequivocal statements… Read more »

I see your point, but I believe her wording of this is a response to those who yammer that “a well ordered Militia” only pertains to the National Guard or Military entities, and not ordinary citizens. She’s making it a point to say that WE are the Militia that will and can be called upon in times of need, and… Read more »

Bravo Sheriff !!!! You can’t do better than that. The folks in your county are smart to elect someone like her Sis.

Did anyone attend the nationwide pro-second amendment rallies in their state capitals today? Just got back from the one in Concord NH. Report on blog to follow

I have a feeling there are a lot more sheriffs and LEOs out there that feel the same way. They just are not being vocal atm.

angrywebmaster @ #: Didn’t get to a rally-can’t afford the gas. But I could afford to go to an area gun shop and get some stripper clips for the SKS. I am happy to report the place was packed. They have probably tripled their number of parking spaces since I started going there, and parking was at a premium. Lots… Read more »

Okay, I didn’t get to go. Our state capitol is too far, and I was taken by PGR flagline duty. However, I have another report from a good friend in Arizona (a friend who is a serious gunner as well as published author). Of course Arizona is at the epicenter of it all. >>Today’s event at the state capitol received… Read more »

Our right to keep and bear arms is one of those absolute rights of the constitution that I am sworn to protect. This right is given to Americans so that we may not only protect ourselves and our families from criminal elements, but also to be called upon to stand with me should the need arise. God help us if… Read more »

I am from Bama as well, just down the road. Born and raised in Cullman County, halfway between Cullman and Holly Pond on Highway 278. Good to hear from somebody from the old homepatch.

“Certainly one of the chief guarantees of freedom under any government, no matter how popular and respected, is the right of citizens to keep and bear arms. This is not to say that firearms should not be very carefully used and that definite safety rules of precaution should not be taught and enforced. But the right of citizens to bear… Read more »

single stack @ # 8: Exact same inconsistent babble I heard from other places. Which side will they take when the “law” is dictated from 1600?

single stack @ #: We have the right to own and possess guns to insure that we can fight against tyrannical government but only those people who have asked for and received government’s permission to own guns should have the guns government grants them permission to own. If we want to carry guns, well, that’s a whole other category of… Read more »

Tallulah @ #: 12 What really frustrates me is that’s the argument being made by our side. All the 2A supporters I talk to always take the position that we have the right to keep and bear arms but it’s important for the government to control it-but not too much. This is intellectual suicide and the reason our rights are… Read more »

single stack @ # 13: Correct. Every gun law written since 1791 is UNConstitutional. Period. To join the United States, under the Constitution, the states had to agree to go along with its guidance. While the 10th Amendment says all things not mentioned here are your own business in your own state, there is still that “Shall Not Be Infringed”… Read more »

BRAVO to her and all the other Sheriffs taking that stand!

Sheriff Frank McKeithen here in Bay County, FL has taken the same stance. So far, there have been about a dozen, and I hope that number grows exponentially!!

The road to war Part I Posted on January 17, 2013 | 2 Comments Something has been started now that cannot be stopped. Pandora’s box has been opened, the genie in the bottle unleashed. The great kinetic energy that has been building in our society has been unloosed; An avalanche rolling down the mountain This has been building for weeks… Read more »

LC Gladiator @ #16: This war started a long, long time ago. Some have argued it began when 1791, when Hamilton coerced Washington into creating a manifestly unfair tax on whiskey. When the people of Pennsylvania (who had recently concluded another war over unfair taxes) rebelled, Washington mobilized the Continental Army and crushed the insurrection. In the end, the Articles… Read more »