Oh, And Just As A Reminder

Here’s Tabitha Hale, the girl that Ogabe’s Union Thug assaulted and beat on the other day because she had the nerve to be using a camera in public: 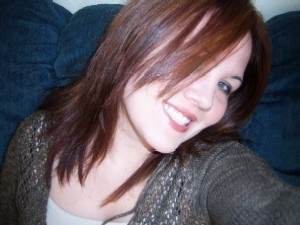 One scary, threatening, right-wing thug, isn’t she? For more serious photographers, full-frame cameras are typically the way to go.

And once again, directed at the “men” who were with her that day: Why the FUCK is her attacker not gurgling blood and vomit in the ICU today?

Nutless, honorless, dickless, pathetic girly men. Your mothers were more men than you are.

You make me fucking SICK, you pathetic wussies.

I wonder if the union thug goes around beating up elementary school kids, kittens, and puppies, just so he can feel manly.

And she’s 5? 1?!
I wonder if the union thug goes around beating up elementary school kids, kittens, and puppies, just so he can feel manly.

Well, apparently DJ thinks it’s acceptable for a man to beat up a young woman if she’s getting in the guy’s face with a camera. I guess that’s liberal philosophy.

Well, I am 5ft nothing, weigh 104 lbs, and I am pretty sure I can make a union thug wish he had never been born in a few minutes after Komrade Kalashnikov or Herr Sig are done giving him a nice, intimate talking-to, from the knee-caps up… You see, “one-shot–one kill” is fine and dandy when you are “just doing… Read more »

Here’s the deal, the young lady is a staffer at Freedom Works. The incident took place at the Freedom Works offices when some union folks WENT there to “protest.” So if I’m tracking correctly, this punk of a man goes some place to make a scene and then gets upset because of camera’s? That’s the justification? Classy.

Misha That’s because most ‘men’ have forgotten what the hell HONOR means when it comes to defending a woman. I won’t even say what my opinion is of the ‘men’ protecting her. Those who know me already know the answer to that one and as for animals like that union thug, if he did that to my wife or my… Read more »

Remind me NEVAH to piss you off, natasha.

Why the FUCK is her attacker not gurgling blood and vomit in the ICU today?

I can’t disagree with this strongly enough. Her attacker definitely should not be gurgling blood, for the simple fact the cocksucker should be dead.

Betcha this dude wasn’t arrested for beating on that poor woman. He’s a CWA (Communication Workers of America) thug. I’ve had dealings with them and they are definitely knuckle-draggers! He probably works for the State since the CWA started recruiting State workers in 1984 when thair main pool of dues payers (AT&T employees) started to dry up due to massive… Read more »

LC Sir Intellectual Conservative 5th Columnist says: That’s because most ‘men’ have forgotten what the hell HONOR means when it comes to defending a woman. I won’t even say what my opinion is of the ‘men’ protecting her. Those who know me already know the answer to that one and as for animals like that union thug, if he did… Read more »

Natasha – I would love to compare notes with you, although I do not wish this creep to be dead. As I have explained to my four daughters’ suitors, I would not kill them should they not treat my lovely girls with honor. The dead do not feel pain, and I would want them to feel that I am displeased.… Read more »

what the hell has happened to the men of this country that some one as big as that thug would attack a woman and no one did any thing to stop him?this 66yr old former paratrooper would have introduced him to mr. switch blade just to see what he of.how many ass holes like can face cold steel?

The pussification of America continues. Seriously, that bag-o’-quiche that was “with” her – how do you walk outside and start loudly asking very in-your-face questions of a physically large union thug **without** the visceral understanding that it could turn physical? And then, once said thug pops the girl holding the camera – your response is to keep talking about whether… Read more »

Couldn’t agree more…had I been there, I would have tackled him to the ground and beat him until the pavement was stained red with blood and ruptured viscera, laughing as I pummeled wet fragments of bone and brain into the ground as he uttered pathetic, unanswered cries of mercy. Just watching videos of thugs getting violent at Tea Party protests… Read more »

LC Sir Intellectual Conservative 5th Columnist says: Misha That’s because most ‘men’ have forgotten what the hell HONOR means when it comes to defending a woman. I won’t even say what my opinion is of the ‘men’ protecting her. Those who know me already know the answer to that one and as for animals like that union thug, if he… Read more »

There is an Old saying;

You don’t make enemies you dispose of them.

man, I never get to have any fun. Nobody ever pulls that shit around me. I feel unloved.

I remember the one time a man threatened my wife………he never repeated the mistake. I am not a violent person…….until that night. Then the stops come out, the overrides engage and it’s party time. In short, I lost my temper, went apeshit ballistic. Not proud of it but when it comes to your gal…….

Somebody needs to start preparing for these worthless pieces of shit. Let them come to a tea-party rally and start getting in people’s faces. When that happens, let a crowd form a circle around some of them, while specially chosen and trained fighters beat the living fucking shit out of them, just beat them to a bloody fucking pulp. When… Read more »

T growls and barks: After all, there ARE many abandoned mines in Western Pennsylvania – a stick of dynamite to close the hole and they would still be there when the sun burns out. Given that much time, we couldn’t expect PA to exist but for remnants folded into one or more future continents. LC Alric: Just watching videos of… Read more »

Just another display of the civility of the left.

Time for some action, ala Chicago, 1968. And THEY talk about respect?? This is going to get ugly. Very, very soon.