“Greater love hath no man than this, that he lay down his life for his friends.”  John 15:13

Since 1775, the year of our republic’s birth, more than 848,000 American’s have died as a result of enemy action in wars large and small, declared and undeclared. Another 437,000 have died while in uniform during war time from “other causes”, primarily disease and hardship. The fate of another 38,000 remain unknown, officially classified as missing in action, but more precisely in all likelihood laying dead on a forgotten piece of a far away battlefield. More than one million, three hundred and twenty three thousand have marched to war and never returned.

Why have so many given all for people they would never know? Throughout history men have marched to war for many reasons, for conquest or greed, because a king commanded them, or to enslave others. But the American warrior has been unique. He has gone to war not to enslave, not because he was forced to; but to liberate, to defend. He goes to war in defense of not only his home and his way of life, but in defense of the ideal of liberty for us and for all mankind.

Once on the battlefield however, removed from the rhetoric of the home front, away from the rousing speeches laying out the cassus belli, he fights and dies not for lofty notions of liberty, or for “mom, apple pie and baseball”, but for his brother to his left and right. His life is laid down for those who have suffered through the same hell with him, and for those who would do the same for him. Do not delude yourself that in his final moments he dreams of his country and of liberty, or of future generations. In that minute he cares only for his brothers in arms and dreams only of going home.

So while on the microcosm of the battlefield the moment of ultimate sacrifice is not for us, in the end we are its final beneficiaries, for it is that loss that preserves our way of life.  It is our duty, our responsibility, to ensure that we cherish that which their sacrifice has allowed us to have. From the mundane fulfillment of our personal dreams and hopes, to the liberty and freedoms, paid for with their blood and entrusted to us, it falls upon us to ensure their sacrifices were not, and never will be in vain.

Who were these men? Were they superhuman heroes, possessed of immense courage and resolute stoicism? In truth, they were no different than you and I, except that they were called upon and answered. At the moment they gave “the last full measure of devotion” they were most likely scared, exhausted, and filthy. None willingly died, but they all went knowing that they may never return. In the vagueness of war fate, for reasons known only to her and to God, chose them.

They were fathers, sons and brothers.

They were militiamen, soldiers, sailors, airmen, coast guardsmen, and Marines.

Honor them, today and every day. 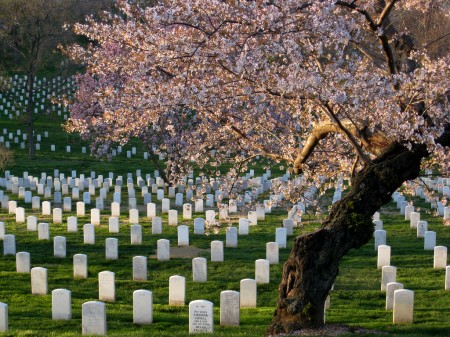 “It is foolish and wrong to mourn the men who died. Rather we should thank God that such men lived.”

AMEN! And I do honor and thank them, as I was taught by my dad, a WWII Vet – and now I teach my children to do the same.

Beautiful, brother! And so very true. It is not some high, noble ideal that occupies the warrior’s mind as he breathes his last, but it IS the very life of that ideal within his heart whether he knows it or not that that made him a warrior to begin with. He needn’t worry about or waste his precious final moments… Read more »

Only two defining forces have ever offered
to die for you. Jesus Christ and the American GI.
One died for your soul the other for your freedom.

Tending to morning tasks, my mind thinking and remembering…….Thank You.
I would think that our honored dead would want us to live what they fought for………and the battles continue…

A very astute comment. I never thought of it in that way.