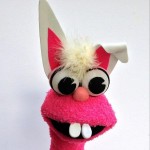 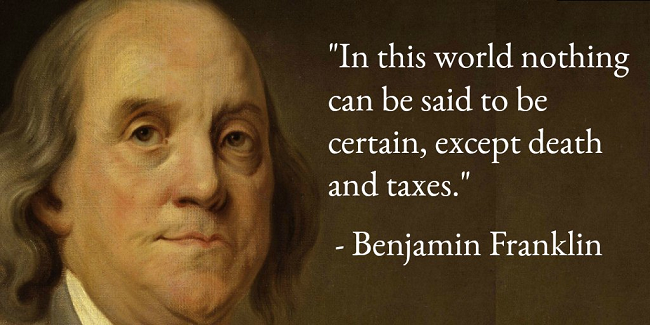 I thought I would switch things up here a bit and actually try to discuss more substantive things like everyone’s favorite topic, TAXES.

I don’t care which side of the political divide you stand on — nobody likes paying taxes.  Nobody who is American, to be specific.  Apparently there are people in other countries who are somewhat giddy about paying taxes — just not here.  Not even those of us “tax and spend” liberal types.

I stopped watching cable news shows about a year ago.  But I do still enjoy a good comedic show about politics — if done right.  I was a fan of Hasan Minhaj’s show, The Patriot Act on Netflix, but I guess the pressure from Saudi Arabia to get him off the air was too much for Netflix, so he was cancelled.  Since then, I’ve found Jon Stewart has a show on Apple TV that takes a dive into different topics that drive the news.  It comes out every Friday, and he ridicules EVERYONE involved.  Yesterday’s show was:

Why Americans Hate Paying Taxes | The Problem with Jon Stewart

I don’t know about his figures — for me that isn’t important as much as WHERE the tax money is going and WHAT we are getting for the dollars we send them.  He also leans heavily into the rampant fraud involved in government spending and the complete and total lack of meaningful oversight.   He also has a one-on-one interview with Representative Rosa DeLauro (D-Conn), Chair of the House Appropriations Committee, and he tried to pin her down on oversight and spending and it doesn’t go well for her.  Frankly, I found her to be almost clueless as to what has been going on with all of these programs.  The only thing she could focus on was the fact that she helped pass the bills that create or support these programs.  After that, she couldn’t care less about it’s implementation or maintenance.

You would have to see the entire hour.  There is a panel of former government officials who describe the waste and abuse of the funds once they become available.  It doesn’t matter who is in the White House or Congress, it has been going on for years and everyone is making money off of it.

The video here is just an excerpt.  To get the full show, go to Apple TV.

If Ben (one of my early reader heroes) were alive today, he would have to add voter Stupidity to that list of certainties, given that they elect people that willingly spend 30 to 40% more than the amount of taxes collected through uncontrolled borrowing/printing of currency. We as a anation are on the road to hell if Washington spending is… Read more »

Apple TV+ has a few great shows on it. I highly recommend “The Last Days of Ptolemy Gray”. “Severance” is good also. As an aside, don’t know if anyone stopping by uses Gmail, but lately I have noticed that absolutely 100% of e-mail solicitation or news snippet sent out by the R party, R candidates or PACs, dumps directly to… Read more »

Apparently there are people in other countries who are somewhat giddy about paying taxes — just not here.   Our taxes are used to pay for all kinds of services..you know like universal health care, health care that ISNT tied to a workplace, its called the Medicare levy and it GAURANTEES health care for all. A visit to a doctor doesnt… Read more »

Bren, you ol’ Liberal. You are singing to the choir here. I’ll sign you up for the Democratic Party and have Nancy Pelosi send you a perfumed and signed 8×10 photo of herself. LOL 643,000 people declared bankruptcy last year thanks to medical bills...and you think thats something to be PROUD of? I’m certainly not. If you remember, Obama first… Read more »

Wrote a nice post last night, saved it, saw it, now its gone.

Okay who is deleting posts?

Dont tell me that didnt happen because I did it last night SAW IT ON THE SITE, PUBLISHED and now its gone.

Last edited 1 month ago by LCAussie
0

I looked at the security security logs and it doesn’t look like you’ve logged in for a while now, so I am assuming you are referring to a comment you posted. So I checked the comment logs. I don’t see anything there either. Unfortunately, WordPress comments do not log when a comment is made or deleted. This actually happened to… Read more »

No, no links. I may do this in future, thank you. To the other posters who have dashboard access, this site has an unspoken policy – deletion is for your posts alone , no one else’s. If , for any reason, you can’t or won’t follow this simple rule, if I find that anyone’s posts or comments other than your… Read more »

It is a little bit of a PITA since formatting is lost, but I write in Word then when close to happy with it, go to dashboard and do a cut from word and paste in. At least that saves original in case of evanescence.. What I am having issues with is that I have to log out of the… Read more »

Deej, WHY doesn’t this thing log posts and comments is this a plug in issue? WordPress itself doesn’t log anything. I use a couple of third-party security plugins to record logins and failed log-in attempts. I suspect that the security plugin might be the cause of what’s happening. The system is set to automatically log you off after a certain… Read more »

Understood. I know very little on systems like these, so I thank you most kindly, and wish the biggest, freshest deep crust pizza be yours eternally.