Thoughts on The New Civility™

So now that The Narrative™ has firmly established that pointing out districts in dire need of a change in representation is the same as being an accomplice to mass murder, is there any chance that if, heaven forbid, any person mentioned on Keef Olberdouche’s “Worst Person in the World” segment comes to a tragic end, Keef will be fired by PMSNBC and brought up on charges?

No, we didn’t think so either.

Remember: To liberals, standards are only half as good as double standards.

while driving throught the mountains of NC on my way home i heard a talk show explaining how “we cannot link Jared to any organized political group but it is so like the right wingers you have to speculate”. this was sunday the 16th and lefties are still beating the skeleton of the horse.

Remember: To liberals, standards are only half as good as double standards.

I would also add, “there’s NO standards like LOW standards!!”

I don’t know why anyone still expects the fifth collum to be reasonible. Their objective is to subvert the system, not participate in it and in keeping with Marxist doctrine the ends justify the means.

Giffords’ progress came as new details emerged about the rampage victim arrested Saturday for shouting a threat during a town-hall meeting. James Eric Fuller, 63, who was shot in the knee, had told The Post on Friday, the day before his arrest, that top Republican figures should be tortured — and their ears severed. “There would be torture and then… Read more »

Stayed home in bed did ya?

Someone didn’t get the memo. Targets and bullseyes are taboo: 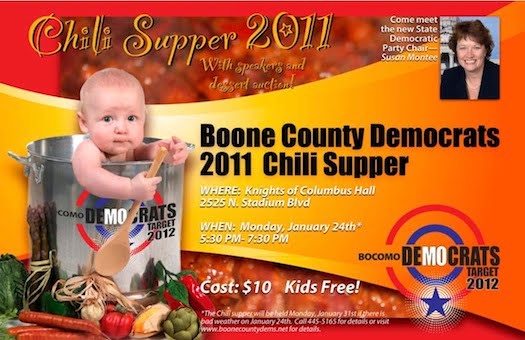 I was trying to think of something snotty and snarky, but then Eddie the Bear at DoublePlusUndead
came to my rescue.

Gotta admit, the boy has a way with words.

I thought maybe it was a joke … so I double checked. It isn’t.

Response to kwongdzu @:I love children. . . when they’re properly cooked. 😈

I wonder if this will inflame the Left just a smidgen?

Here’s another inconvenient truth about “James Eric Fuller”. That’s probably not his true name. In all likelihood, he changed his name in 1997 from “Prince Fuller” to what he calls himself today. We can only speculate why a 50 year old guy might want to do that, but maybe it’s because he decided that in order to become an effective… Read more »