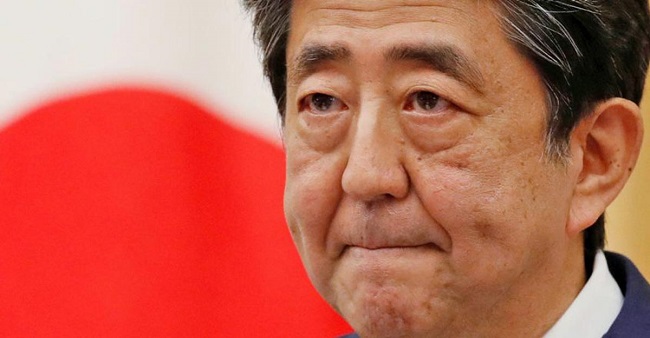 In what is almost an unheard of event, in an act of utter barbarity, The Japanese Prime Minister has been shot at close range by a single assailant

The world has reacted with shock and horror following the shooting of former Prime Minister of Japan Shinzo Abe on Friday. Abe was giving a campaign speech in the precinct of Nara about 11.30am local time on Friday when he was shot in the back, local media reports. He has been rushed to hospital, but is reportedly showing no vital signs, and a man has been arrested on suspicion of attempted murder, AFP reported.

From eyewitness accounts, it is possible the would-be killer used a home made weapon, Japan averaging less than 10 gun deaths per year.

Local media have reported Mr Abe was shot from behind “with a shot gun” and “appears to be in a state of cardio-respiratory arrest”, which AFP report is “a term used in Japan before a feared death can be confirmed by a doctor”.

Original accounts indicated he had died, updated details, thank God, list him in critical condition, now in surgery. God grant he survives this disgusting assault by a snivelling coward who shot him in the back.

I am grieved to report efforts to save him were unsuccessful. He has died of his injuries. A good, kind and decent man who governed well and looked after his people. God alone knows why some lunatic would do this..the more I see of the world today, the more I wonder where the hell we go from here. Sayonara ,… Read more »

No words. A sad and fateful day for Japan.

Having seen first hand when an Asian individual goes berserk in a situation, I expect it will be a mentally ill individual from a farming community,

Keep us informed as it may or may not make the news here for a few days.

as it may or may not make the news here for a few days. it already has https://edition.cnn.com/asia/live-news/shinzo-abe-japan-pm-collapses-nara-07-08-22-intl-hnk/index.html I am somewhat surprised you would think otherwise. Having seen first hand when an Asian individual goes berserk in a situation, I expect it will be a mentally ill individual from a farming community, Wait WHAT THE FUCK? An “Asian individual”???. You… Read more »

President Joe Biden finally released a statement on the assassination of former Japanese Prime Minister Shinzo Abe at 9:33 a.m., EST — some eight hours after former President Donald Trump issued a statement.Those who might be thinking better late than never may want to read Biden’s thoughts first. the president exploited the assassination of a former world leader to push… Read more »

It did make the mainstream by noon Friday with breathless “braking news” blather (as in we don’t know anything yet in the AM), but it is being painted as if he was a right wing fanatic. The mental illness of our home grown communists (otherewise known as the D party and RINO acolytes) knows no bounds or shame. President Trump… Read more »

but it is being painted as if he was a right wing fanatic.  No, it isnt. Nowhere is it being “painted’ this way, except maybe in the twisted US media. The REAL story from Asahi Shinbun ( Dont fret, Terrapod, I know you’ve never heard of them, it isnt an American newspaper ) is that apparently he had some kind… Read more »

Never assume (ass u me).Worked extensively with Japanese firms and cris crossed the country quite a few times in the early 1980’s, spent a lot of time in the electronics districts in Tokyo and surrounding prefectures (very early robotics firms). That I don’t go and read Asaho S, well that is for my son who reads and speaks Japanese 🙂… Read more »

Japan — and the world — has lost a great leader.

The weapon was two capped steel pipes taped to a crude wood support and handle. He used an RC battery for ignition and black powder for propellant. It’s a muzzle loading shotgun, deadly at close range and useless past that.

An average person could make this in an hour or so with standard tools, spending ~$30 on parts.

Just a curiosity, but do you ever check to see if these “major” pipeline explosions are usual, or is this something out of the ordinary? I’m guessing NO, because if you had, you would already know that fires and pipeline explosions are the norm, not the exception. It is literally THE complaint that all the various tribes who have been… Read more »

I did check the official gov. website on “gas transmission incidents” and while the number so far this year is not outside the “norm”, what caught my attention was how many in a short time.The gov breaks don all kinds of incidents involving energy industry by category and there is copious information online. The 4 in close succession is enough… Read more »

“What caught [your] attention” has a fairly easy answer: A high demand for the product, and not nearly enough labor, supplies or equipment to make it happen. I know the easy answer for you is to blame Biden and/or the government, but the reality is that this is a GLOBAL issue that will take years to iron out. Oh and… Read more »

Deej, dont use facts or common sense, you will just confuse her.

In remarks delivered at the Ben Gurion Airport in Tel Aviv, Israel, Sleepy Joe said that he hoped his visit to Yad Vashem—Israel’s World Holocaust Remembrance Center—would help to keep alive the “truth and honor of the Holocaust.”

Oh Noes! BooBooBiden mangled another speech. I am soooo embarrassed. /sarc I couldn’t help but notice that when you cut and pasted the quoted text from the White House website, you deliberately edited out the correction. There are two scenarios that could have happened: A. Biden read the word wrong in the Teleprompter B. Whoever entered the speech inserted the… Read more »

Biden also pronounced the name of the Jerusalem Holocaust Museum wrong. The gaffe was made immediately after Biden landed in Israel. Biden opened the first visit to the Middle East during his presidency, one that will last two days and involve talks with Israeli, Palestinian, and Saudi Arabian officials. Biden made the slip shortly after landing in Israel to begin… Read more »

Deej. Be fair. We both know the vast disparity in how those two Presidents were treated. Even you can’t say one hasn’t been given the thin edge of the wedge..and one hasn’t been coddled. Agree or not, had one of Trump’s family taken their gun and thrown it into the trash..the media would be baying for blood. The Hunter laptop… Read more »

A security guard was stabbed in a bank one block from me. 5 people were shot the other night. Here are some stories from today’s news. Two shot, one killed outside notorious Staten Island apartment building Bronx woman charged with killing her mother Mom with stroller shot in Queens, NYPD says; tots uninjured Man stabbed in neck during Lower East… Read more »

You are so full of misguided blame. You must be a joy to be around… Do you hate Soros because he is rich? Because he’s given away 64% of his wealth and none of it to you or the things YOU hold near and dear? Do you hate him because he is a Jew? Do you have the same animosity… Read more »

Something wrong with your reading comprehension? I stated very clearly that I hate him because he funded all these do-nothing, let them loose prosecutors. I also hate him because he’s anti-American – he funds all these socialist causes – and he HATE HATES HATES Israel. I’m Jewish, and I’m not a self-hating Jew like him. He doesn’t consider himself Jewish… Read more »

No. Soros is not wanted for currency fraud and I defy you to prove otherwise.

I did a search and no mention. There was a supposed insider trading conviction in France…..TWENTY years ago.

Place, accusation , who and where.

In WHAT nation is he supposedly wanted???

1.      Soros is a convicted felon. Soros was convicted of insider trading in France in 2002, a court determining that he had “acted with the knowledge that the bank might be a takeover target,” according to Bloomberg. The court ordered Soros to pay 2.2 million euros, or $2.9 million, in restitution. 1.     Soros funds Black Lives Matter groups. According to a Washington… Read more »

He’s also a criminal, wanted for currency fraud in several countries, which is how he made his money

In. what. nation. is. he .wanted. for currency fraud