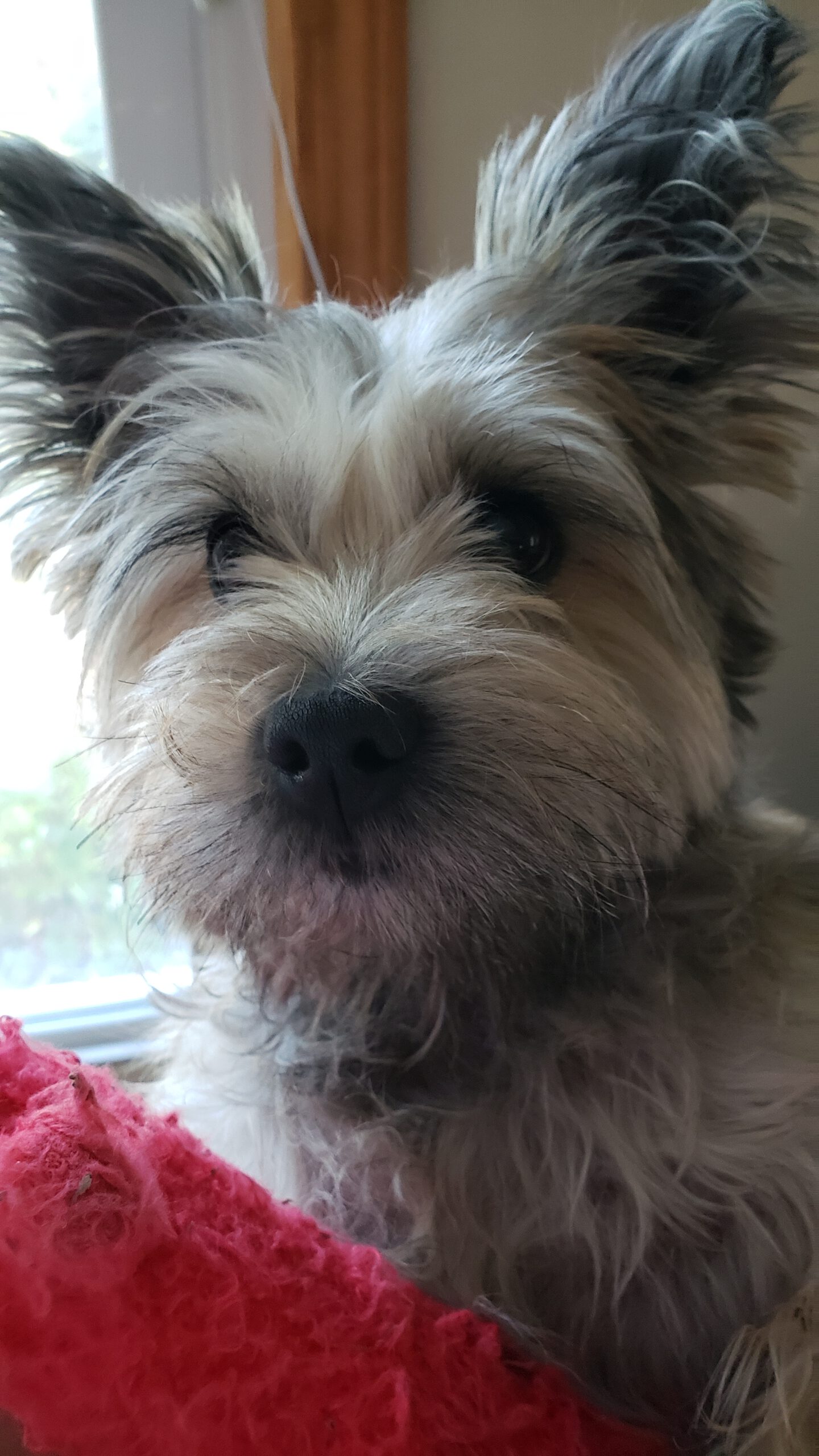 On Friday, the day after the Supreme Court ruled it is unconstitutional for states, like California, to use a “proper cause” standard to deny concealed carry permits, California’s attorney general instructed attorneys and law enforcement to, instead, employ a “good moral character” requirement as justification for denying permits.

“[B]ecause the Court’s decision in Bruen does not affect the other statutory requirements governing public-carry licenses, issuing authorities must still require proof that (1) ‘the applicant is of good moral character.’”

What’s more, an applicant’s “character and temperament” can be used to determine “moral character” and deny a concealed carry permit, AG Bonta advises:

“[I]n assessing whether an applicant has established ‘good moral character,’ issuing authorities should recognize that Bruen does not eliminate the duty or authority of local officials to protect the communities that they know best by ensuring that licenses are only issued to individuals who—by virtue of their character and temperament—can be trusted to abide by the law and otherwise ensure the safety of themselves and others.”


My take –
Constitutionality aside, by this standard, not a one of the dyed hair cadres of the DNC and D party would qualify to own or carry a handgun.

The caterwauling over Jan 6 continues and this is quite interesting The entire article is the usual Trump bashing ..until you read this about this so called ‘bombshell testimony”… https://www.news.com.au/world/north-america/us-politics/jawdropping-testimony-reveals-donald-trumps-alleged-behaviour-on-day-of-capitol-riot/news-story/d06bfd43138b7ba33411603d28a3f33b HOWEVER To be clear, Ms Hutchinson did not witness these events herself. In her testimony, she was relaying the story she had been told by Mr Ornato. Then why is… Read more »

Last edited 6 months ago by LCAussie
1 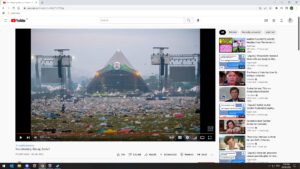 Last edited 6 months ago by LCAussie
1

In 1985 newly minted wife and I drove across Ireland during a visit. We passed a field in Slane where the day before there had been a rock concert. It looked exactly as depicted above minus the stage. A group of nuns from a nearby convent stood at the edge of the field in utter dismay (likely they had to… Read more »

This is 2100% hearsay and not proveable or corroborated.

Oh and now the man Hutchison claims told her that story…is now going to testify under oath that he never told her that..so we have her repeating a hearsay story..and the Service, the driver and Ornato saying it’s total bullshit. Who to believe..a woman who is now a proven liar or the people who were actually there and say under… Read more »

https://babylonbee.com/news/jan-6-committee-says-cassidy-hutchinson-told-them-that-she-heard-mark-meadows-say-that-a-secret-service-agents-friends-cousins-husband-once-heard-that-one-of-trumps-other-aides-said-she-think WASHINGTON, D.C. – The walls are closing in on former President Trump. In an explosive bombshell unprecedented star witness testimony yesterday, Cassidy Hutchinson told everyone that she heard Mark Meadows say that a Secret Service agent’s friend’s cousin’s husband once heard that one of Trump’s other aides said she thinks she heard him say he wanted to “do an… Read more » 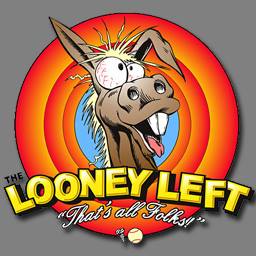 Last edited 6 months ago by LCAussie
0

I wonder if Arkancide is in the works for any willing to testify ??

More likely for those that refuse to testify at this Stalinist show trial orchestrated by television producers, masquerading as a Congressional hearing.

Oh and now the man Hutchison claims told her that story…is now going to testify under oath that he never told her that..so we have her repeating a hearsay story..and the Service, the driver and Ornato saying it’s total bullshit. The best you have is an “unnamed source” saying that both Ornato and Engel dispute the claims of Hutchinson. As… Read more »

This is 2100% hearsay I’m guessing that math isn’t one of your stronger subjects… “percent” meaning out of 100. The correct usage would have been 100%. It is also clear that you do not know what “hearsay” is. If I am asking you about a conversation you had then that isn’t hearsay. Q: “Did you have a conversation with _____?”… Read more »

Bren asks an important question: Then why is this being trested as anything other than 3rd party hearsay? SIMPLE. Congress is not a court of law. The federal rules of evidence do not apply to congressional proceedings. They also never apply to investigations, which is what the committee says it is conducting. The point of an investigation is to search… Read more »

Ornato, Engel and the Secret Service have already stated it never happened

https://abs-0.twimg.com/emoji/v2/svg/1f6a8.svg A source close to the Secret Service tells me both Bobby Engel, the lead agent, and the presidential limousine/SUV driver are prepared to testify under oath that neither man was assaulted and that Mr. Trump never lunged for the steering wheel.

and overheard him telling staff to remove the security magnetometers (metal detectors) and allow armed supporters into the crowd.

Consistent with his firm support for the 2nd amendment and open carry. This is..news?

Oh btw, said woman is in even more deep shit

t was Cassidy who told the January 6th committee that Mr. Clark was at the White House “frequently,” strategizing with Giuliani and the Trump campaign to object to the election.

Bren laughs his fucking ass off, and then posts the funniest thing I’ve heard today: Ornato, Engel and the Secret Service have already stated it never happened You might want to go find some better reading glasses, because neither Oranto nor Engel have said or “stated” anything. Nothing. Zilch. What you are referring to is a tweet from NBC’s Peter… Read more »

Oops….that was JUSTIN CLARK , not Jeff Clark. Did you know there was also a JUSTIN Clark involved in all of this? Was JUSTIN Clark meeting Mark Meadows “frequently” as Hutchinson testified? Do you think she even knows who JEFF Clark is? The questioner — probably a lawyer, since the actual committee members almost never participate in the depositions. Do… Read more »

Our lunatic left media has some stellar TDS infected “journalists” who are splashing this trainwreck all over the front page. In one sense it’s actually fun…Liz Cheney is literally a walking political corpse, as she is about to be primaried into oblivion. Tim Rice has already been binned, Kinzinger hasn’t got long before the voters turf him out…..ALL 12 of… Read more »

You are correct on all observations and though Cheney is dead meat, I fear that the objective of the sham investigation will still result in “criminal” prosecution of Trump by Garland. Contrary to Comey who had some measure of political survival instinct when reporting that there were no crimes he could charge Trump with (after listing all thing the left… Read more »

California just gets more dumb by the minute. Oh, and shiftless too.
So glad I left there in 1988.

i remain, if for only being able to be a forward observer and adjust artillery when the shit hits the fan.

Speaking of California: The California Department of Justice briefly published the home address information of every concealed carry permit holder in the state on Monday. Firearms policy publication The Reload surveyed the tool’s Los Angeles County data, finding that 244 permit holders were authorized to carry as judges. The database contained the home addresses of the judges, a potential security… Read more »

Apparently I’ve lost the keys to The Imperial Dungeon Game Room. I was going to post something, but I no longer have white privileges on the site. Hell, the least y’all could’ve done is boxed up the Imperial DVD’s o’ Doom and sent ’em to me via snail mail.

BC, I see you logged in on July 1st. We disabled the old login/registration links to keep the brute force attackers from Russia and Germany away.

Use the sidebar login form. Then, after you are logged in, you can access the dashboard from the bar at the top of the page.

Thanks! Hope you’re doing well, Deej. If you’re ever in the tropic Hell of FL, look me up and the first round is on me. Just make sure that you’re well-armed… it’s skeeter season and ours can take down an elephant, which is why there were none here when the Spaniards landed.

i remember a guy named BC who was a contrast in characters… he would burn down brush in FLA swampland, and at the same time post cute and sensitive photos of the lovely wildlife therein.. interesting guy! Handsome too, i understand.

No independent observer could honestly claim that the California state politicians could pass muster on that list. THey have no business trying to make others jump that hurdle.

Protecting the criminals: CA court official releases from jail two men arrested with enough fentanyl to kill millions TULARE COUNTY, CA – Two men have been released from a California jail just days after they were arrested with 150,000 fentanyl pills and the sheriff who put them behind bars is furious. Jose Zendejas, 25, and Benito Madrigal, 19, were arrested… Read more »

that smelled almost as if the Cartel called his local judge in a jurisdiction along I5 which they must use from CA to WA and called in a favor. Makes no sense, given the amounts of drugs involved.

i miss the days of Fisking that Misha and 0311 used to engage in…sigh.

Whoa! Some of our old stalwarts have re-appeared in yon ether. Time go poast more guys and gals, maybe we can draw HRH Misha out from his cave.

People who worked with terrorist groups will now have an easier time entering the U.S. legally. Last week, the State and Homeland Security departments announced they had altered the Immigration and Nationality Act, a federal law, to grant entry into the U.S. and other “immigration benefits” to those who provided “limited” or “insignificant” material support to designated terrorist organizations. Examples… Read more »

If the Netherlands plans to survive as a country, they should be exiting the EU immediately.

Any government that authorizes the shooting of unarmed citizens must resign or be removed (hint to DC).

I do have a dog in this fight, many friends in that country, and even more including family in this one (again – HINT!).

“On a number of occasions, the police felt it necessary to draw their weapons to defend themselves,” Rotterdam mayor Ahmed Aboutaleb told the Associated Press of Saturday’s violence. “They shot at protesters, people were injured. https://nypost.com/2021/11/20/police-fire-on-anti-lockdown-protesters-in-the-netherlands/ Pity you didnt include the facts. The Netherlands has its own issues and will decide for themselves. And to be bluntly fucking honest, US law enforcement… Read more »

Last edited 6 months ago by LCAussie
0