From one nut to another 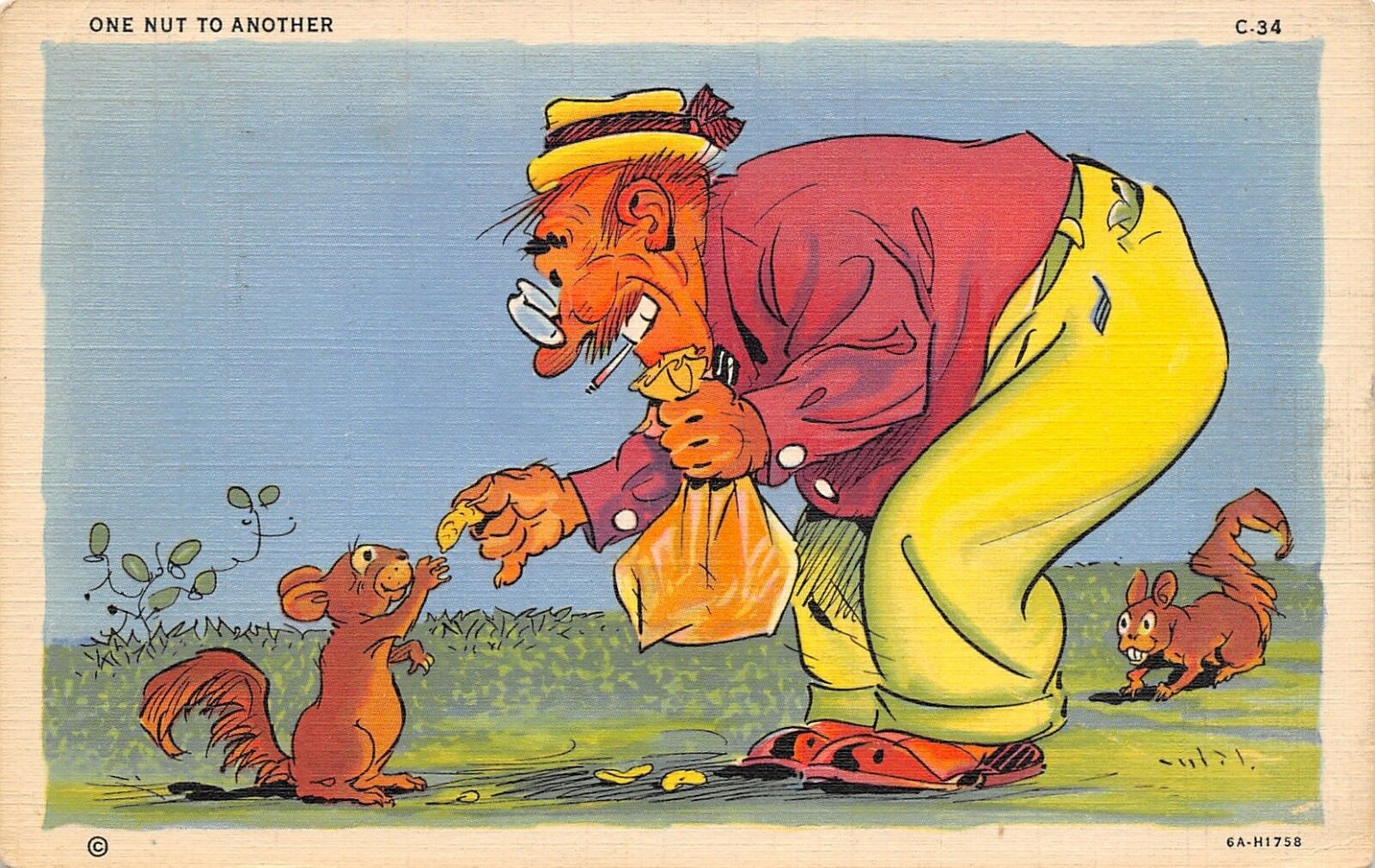 As a very long time mechanical tinkerer (no formal education in mechanical engineering) this Christmas season allowed some retrospective analysis of how we evolve and learn by other means than schooling.

Of late this seems to be a growing area of speculation given what is coming to light daily on the entire public schooling system in the western world, more so in US and UK but still pretty much universal. Children are no longer taught basic skills for survival in society or how to think in solving problems.

Even those institutions run by the Jesuits appear to be infected by CRT (a socialist disease). This was a very saddening bit of recent news given that historically, this branch of the Catholic faith was the most learned and rational group engaged in teaching. I would know of this because my uncle was placed with them as a budding hooligan around age 13 and was turned around into a decent family man with understanding of logic and as an offshoot, excellent mechanical skills, same which allowed him a good life as a productive citizen where the other option would likely have been jail.

His dad (my grandfather) was a professional mechanic and worked from around age 14 in the automotive industry at the turn of the 19th Century. A stern man that brooked no nonsense from his 2 sons. Apparently my dad (brother to the hooligan) was either well behaved or smart enough not to get caught

order tadalis uk>
, thus was not confined to that tough school. As a child, I was exposed to Jesuit training, ways of thinking and views of the world through a monthly visit to our house by one of my dad’s classmates who had gone on to join the Church and took education within the faith. The man could speak learnedly on almost any subject of history, geography, humanities and even fixing a broken machine. In my case, watching granddad work on cars in the 50’s removed all fear of getting hands dirty as a means of survival.

This has stood me well over the past 50 or so years, where wrenching on bicycles, motorcycles and cars (in that progression) has saved buckets of money and even allowed the occasional bit of extra funds during difficult times. To this I must add those Sunday monthly visits by Fr. Berchman

, who demonstrated to a youngster what one can learn and be aware of in life.

Full circle to the present day, where it is becoming more and more apparent that the parents and extended family are once again having to take up what was for too long relegated to the schools, seeing that the schools are failing in their tasks of preparing children to be productive, rational and inquisitive in their nature. Teach your children and grandchildren how to use tools, how to think through a problem and find a solution. It is never too late. I continue doing this with my children

kamagra pills
, now aged 30 to 43 and with their children. Picking up a tool and taking something apart (even if you are not quite as good as re-assembly yet) is still the way to start. Instill a love of reading, discussing and even arguing a point, it all serves to develop the brain. Heck, even well past the half century mark, am still learning new stuff (#@!!?&* computers in vehicles – a bane to existence).

Wishing all who stop by here a very happy and prosperous New Year. The year AD 2022 is going to be a tough one given what inflation and government malfeasance is doing to our pocketbooks

http://kannenbesen.de/_private/deutschland/index.html%3Fp=51.html
, so keep up the fight, we will survive, of this I have no doubt.
5 1 vote
Article Rating

Up here in the land of Granite, the teacher’s union is suing to force CRT to be taught in the schools.

Teacher’s Union in New Hampshire sues to keep teaching racism
I don’t see this ending well for the unions.

By one estimate, the average American family has lost more than $3000 in purchasing power to inflation in 2021. This next year may be a serious trial for many American families, if inflation does not subside. 2022 will culminate with the midterm elections. These elections will determine who holds the House and Senate, and must be considered crucial to the… Read more »

Well, as I see it at the moment, the D party has so fu**ed themselves with everything this regime has touched, that they are going to take what may be the largest hit in losses ever recorded. That 22 or 23 have already announced they are not running for the next term in the house almost guarantees the losses. What… Read more »

Terrapod and SecondMouse: Rejoice – you are watching the immolation of the Democrat Party. The best part is,they actually believe their way leads to their victory! Without looking it up, and going on memory of announcements of retirements, the ones who are walking away are the sane members of the House. The ones in the mold of Joe Manchin. Politically,… Read more »

My only quibble with your analysis is that to a D apparatchik, “reasonable compromise” has always meant the R party moving towards the D party platform, RARELY the D moving towards the R side. The ONLY time the D caved was when BJ Clinton was in office and we had an R majority thanks to the Tea party. Even then… Read more »

I meant “reasonable compromise” in it’s actual historical meaning. If, during the discussions, we can manage to avoid the temptation to let the Senator from the Commonwealth of Kentukistan do the negotiations, and refuse to allow a certain representative from Wyoming into the room, we should do alright by brute force, if necessary. Remember, we are negotiating from a position… Read more »

My son had a check engine light come on, and figured that asking Dad was cheaper than asking a mechanic. I dug out my code reader and had him look up the error code. He complained that he didn’t know what fuel system emissions failure meant, I had him get a new gas cap. Problem solved! The shortcut for experience… Read more »

Also known as Haynes, Chilton, Motor, or Bentley, all of which grace my sagging shelves ;-).

Fuzzy article (as in fuzzy thinking) by some hack at Zero Hedge. While he lays out the facts on stockpiling, he completely misses that this is preparation for when the U.S. (and likely Brazil and Australia) completely shut off the supply as a response to China invading Taiwan. https://www.zerohedge.com/commodities/china-panic-hoards-half-worlds-grain-supply-amid-threats-global-collapse Yes they fear internal unrest, but that is secondary as grain… Read more »

Please remind me to include grain storage facilities to the target list discussed earlier . . .

Targeting about three dozen things in China with conventional weapons would bring their entire system crashing down. ICBM and medium range launch sites, Three gorges dam, oil storage and processing facilities and food storage. For good measure, every bio laboratory they have along with military ultra secure sites where the nasty stuff is likely stored. The tougher nuts will be… Read more »

Speaking of China, and COVID, here’s what our government does: Leading COVID Expert: U.S. Spends $58 Billion Yearly On CDC, NIH, NIAID, But No Study On Natural Immunity“We have a modern-day McCarthyism if somebody asks a question about boosters in young people.” Jordan: Dr. Makary, what’s the budget at CDC? Do you happen to know that? Makary: It’s about $9 billion,… Read more »

Time to call the entire D party leadership DINO (Democrat In Name Only with only a reare exception or two) seeing that they are a) All Co0mmunists and b) about to go the way of the dinosaurs – dissapear from existence excepting a few remaining impotent evolved chickens. Need a new shirt that cites “DINO Armageddon Approaches” and in small… Read more »

But they’ll still be ruling from the mayors’ offices and DA’s.

It may take a while, but that too will pass.

One one hand, I hope the Demos have a real tough time in 22. On the other, there’s the fact that a cornered, threatened animal can be dangerous.
Interesting times, eh?