Was going to do a post on simple steps to launch our economy and increase employment (scant chance it would be acted upon), but then all went sideways after yesterday’s presser with Jen “I just read the prompter” Psaki.

Since she made the statements on national TV, one has to presume the words were prepared, vetted and approved for release (then again, one can assign stupidity over malfeasance most of the time).

Whether she knows it or not, she just made official that the current regime does not abide by the first amendment of the constitution. This is unequivocal and clearly evident as they are publicly colluding with privately run social media platforms to silence all dissent to their policies. I know not what more to say of this heinous travesty.

, you should be banned from others. pic.twitter.com/oBRDAzf2oe— The Post Millennial (@TPostMillennial) July 16, 2021

They really want to start a civil war don’t they?

*yawn*. People “should” do a lot of things. Things “should” be a particular way. Should, should, should. This is obviously an opinion. Just as you would say, Trump should have won, or protesters should be shot. (which was an actual opinion made by Trump) We all have our lists of ‘shoulds’. Here’s the thing: Psaki et al can hope, wish, cajole,… Read more »

. I haven’t looked, but I suspect that public opinion is that disinformation and misinformation on social media Like Hunter Bidens laptop Like the Wuhan lab? Admit it, all you want is to see information removed that makes your buddy Biden look bad. Youre a fan of stamping on anything that you dont approve of. Ill even go further and… Read more »

Last edited 1 year ago by LCBren
1

What makes me laugh is the fact that Psakis actions proves Pres Trump right.

What makes me laugh is the fact that you think Psaki is capable of doing anything requiring ‘actions’.

She has no power to do anything but to decide if, when and where to hold a press conference, who should be allowed to attend, and what questions to answer or defer.

Like Hunter Bidens laptop — disinformation. Like the Wuhan lab? — too soon to tell, and we may never know. Admit it, all you want is to see information removed that makes your buddy Biden look bad. Your trade in stock is to spread disinformation on a regular basis here, and you are either too naïve or stubborn to realize… Read more » 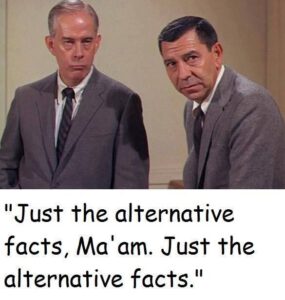 Your trade in stock is to spread disinformation on a regular basis here, and you are either too naïve or stubborn to realize it.

Stubborn? You outta know what “stubborn” is! You keep arguing with everyone here, & they’ll seldom agree with you, but evidently you enjoy it.

Borrowed from Diogenes Middle Finger – great distraction and we all need some.