KANSAS CITY, Kan. — Police intervened and broke up a driving parade of elementary school teachers and administrators on April 4. A police spokesperson said the celebration was nonessential and against state orders.

John Fiske Elementary School workers gathered at 11 a.m. for what they called the “Lion Pride Parade 2020,” according to the school’s Facebook page. A parade route showed showed the neighborhoods they were going to drive through.

However, another post said the parade was “abruptly ended by local authorities.”

The goal of the parade, according to Sharita Hutton with Kansas City, Kansas Public Schools, was to get students excited for distance learning, which she said begins for their students on Monday, April 6. In an email, she said the idea has been spreading across the metro as a way to show the students their teachers care about them and also demonstrate social distancing.

Still sounds better in the original German, though.

Left unexplained is how in the name of Mars’ swollen left testicle any viruses could be spread from individual teachers in their individual cars to, well, anybody.

Elsewhere in the country, a man was arrested for violating Gauleiter Newsom’s house arrest orders by, wait for it, paddle-boarding in the middle of the Pacific. Presumably he was exposing the fishes to Winnie the Flu, because he sure wasn’t exposing anybody else out there, alone on his board, until the local Gestapo swarmed in to clap him in irons because, well, Befehl ist Befehl.

Or how about the guy who was clapped in irons in front of his little daughter for the crime of playing tee-ball with her in an empty park? Befehl ist Befehl, don’t you know?

Arrested for driving alone in your car on empty country roads simply to get out of the house for a few minutes, endangering absolutely NOBODY?

Now show us your papers. Or else…

It seems to His Imperial Majesty that our various Gauleiters across the country and their Gestapos are liking the feel of those new, shiny jackboots they just got in the mail a little bit too much.

UPDATE: Finally, in view of all of the un-Constitutional diktats coming from various and sundry neo-fascist Gauleiters all over the country, the number of law-abiding citizens being harassed, fined and imprisoned under their various Führerbefehls (for the Common Good, of course), we have but one question:

Under whose or which authority, if you don’t mind? Some of us remember our oaths of fidelity to that suddenly quaint and irrelevant document

, the Constitution of the United States of America. We know that a disturbing number of you other fascism-lovers who would love nothing more than to be Germans in 1933 don’t feel that way or consider an oath “less important” than whatever you feel like doing right now, but those of us who DO remember what an oath means aren’t likely to put up with your Hitlerian bullshit for much longer.

What are you going to do about that? Arrest all of us?

Now get the fuck out of the way, you pocket Himmlers, or there’s going to be trouble.

In New Hampshire, the businesses are locked down, but many people, including myself, go out and walk around during the day. They’ve also started ripping up the roads for their annual repairs. Guess what? They still have a lot of cars moving on them. 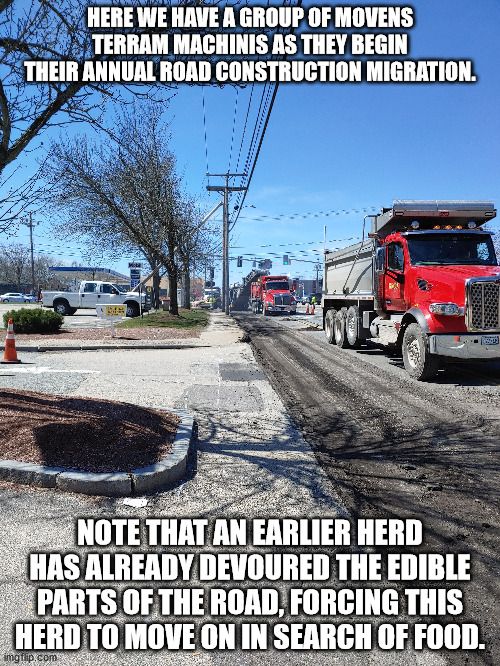 Melbourne man dies in quarantine in hotel, coroner investigating And “That’s why (Health Minister) Greg Hunt has set up the coronavirus mental health wellbeing support centre, and I would urge and encourage people to access that centre’s services through Beyond Blue or go into the website and have a look at what is available. I can think of a great… Read more »