Well they did it

In what was a foregone conclusion, the sore loser Democraps voted to impeach.

Polls for the President are soaring, as anyone with more than two brain cells to rub together (which of course is two more than the average Dem politician) saw this coming. Saw it for what it is, and always will be.

In Aust its a given sentiment, the US system is corrupt, Washington is corrupt, the Dems are corrupt, your entire political system is rotten to the core.

Impeachment talks started the day the President was inaugurated. Thats what the Dems have been aiming for from day one. 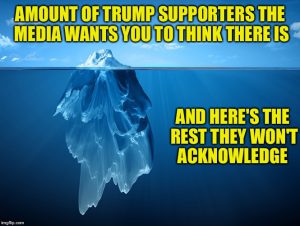 Well well…what have we here

, it must pass a second resolution formally naming impeachment managers to present the case in the Senate. That second vehicle triggers the official transmission of articles to the Senate.

By delaying passage of that resolution, Pelosi and top Democrats retain control of the articles and hope to put pressure on Senate Majority Leader Mitch McConnell to adopt trial procedures they consider bipartisan.

Two chances..none and Buckleys. The longer they stall a Senate session, the weaker their case will get

McConnell has boasted that he has closely coordinated the planning of the trial with the White House and has repeatedly predicted Trump would be acquitted. He’s also suggested Democrats shouldn’t be allowed to call new witnesses as they attempt to present their case. The White House lashed out at the move. “House Democrats have run a fatally flawed process with fake facts, and now they want to deny the President his day in court with another procedural maneuver that proves anew they have no case,” said Eric Ueland, Trump’s top congressional liaison to Congress.

What do you call a case where the plaintiff refuses to face a court?

Amen. You are 100% correct IMHO and November can’t arrive soon enough as we here have to put up with the ever increasing hysterical screaming by the talking heads on every effing channel be it print media, TV or radio. Pretty much explains why I don’t watch anything but the local weather and news (and even the local newscasters find… Read more »

They lost and they cant stand it.

A friend put it best, they started crying impeachment in the first half hour after the inaugaration, took until almost the next election and all they managed to do was scuttle their own vessel. Yep, he’s retired Navy…lol, And to the Dems, “Bipartisan” means “do it my way or else”.

Latest is that Pelosi is now stalling…..their tactics are now blatant. Hold this over his head with “do you want to re elect an impeached President”.

I will say it again.

Your government, your Federal law enforcement, your Congress, is rotten to the core.

Let her hold them. When the Supreme court addresses those issues it may well render the Articles null and void. “No need for a trial as the charges are bogus” is what I’m hoping for from the Supremes (with RBG recused for her blatant prejudicial comments, if she doesn’t die first).

In stark contrast, the former Prime Minister, Tony Abbott, was seen yesterday. With his Rural Fire Service team, in that massive set of fires near Bargo. The fucking ungrateful masses, that bunch of sneering media hacks, all seem to have ignored the fact that the man they denigrated, hounded, belittled, abused, is out saving lives. The two words we will… Read more »

The straight scoop: Biden blackmailed Ukraine with a billion in US Tax dollars to to get a more aggressive investigator into corruption (not to stop an investigation into his son’s dealings as many have tried to spin it). Especially corrupt was Burisma, which paid his son some $80 grand a month. Joe Biden, and America by extension since he did… Read more »

Good to see a post around here again. Yes, the system is entirely screwed. I just don’t hold out enough hope that the politicians or the supremes will actually go so far as to tell the house to put up or shut up and do it right now or it’s all null. On another subject, Merry Christmas or whatever else… Read more »

One possible avenue for Trump is looking back, to Barack Obama, with a suggestion — supported possibly with Justice Department legal opinions — that the former president should have been impeached for blocking congressional Republicans from fully investigating the “Fast and Furious” gun-running scandal.

Well, except for the Demotards. Y’all deserve a lump of…coal.. in each of your stockings, the Bird of Paradise flying up your nose, and all of your investments going bankrupt.

Headline today: Russia’s Latest Hypersonic Weapon Could Travel from Moscow to DC in 6 Minutes. Lessee….. Headline implies ground launch, so about 4800 miles as the crow flies, 6 minutes is 1/10th of an hour, so the missile has to travel at 48,000 miles per hour. Anyone wonder why we call BS on most news reporting? Then again, maybe that… Read more »

I always suspected Pooty-Poot was merely bragging. You don’t give out accurate info on your brand-new Scary Weapons™ to potential opponents! Master Sun himself advised deception at all times.

Wow. Been a long time since I’ve been here. Nice to see some familiar names. Brendan, I hope you are right about this impeachment stuff. I would like to see it all blow up in Pelosi’s face. And, truth be told, they were talking impeachment even before the election. Not long after he got the nomination, some talking head somewhere… Read more »