So the official fix is in, Pedostein hanged himself.

M’kay. While His Imperial Majesty certainly agrees that that could be the whole story, it’s not like the swine didn’t have ample reason to want himself dead, considering the kind of “life” he could look forward to.

But there are a few points that keep stinking up the whole thing.

Such as the bones in the neck, unspecified except the hyoid which, granted, is quite the important one, it being the one that coroners always check out in cases of apparent asphyxiation. And yes, it is true, that a fractured one is most commonly seen in strangulations. It is however also seen in hangings, just less commonly. We forget the actual numbers for the latter, but unless we’re terribly mistaken it’s about one in four. Furthermore, a broken hyoid becomes more common as a person gets older, leading to ossification of the hyoid, which makes it more brittle.

What we can’t quite get past, and it appears we’re not the only one, is how those multiple fractures of which the hyoid one was but one could come about if he hanged himself in the fashion in which we’re told he did it, i.e. tied the noose around his neck and “knelt forward” into it. Bones, even brittle ones, require some amount of violence/force applied to them in order to break, and given the location of the hyoid… We just can’t quite see it.

Nevertheless, it is what it is, and now that the FIB have apparently finished BleachBitting Pedo Island, we suspect that this is the last we’re ever going to hear of the whole sordid case.

Awfully convenient for a lot of people, which is another thing that stinks to high heaven. 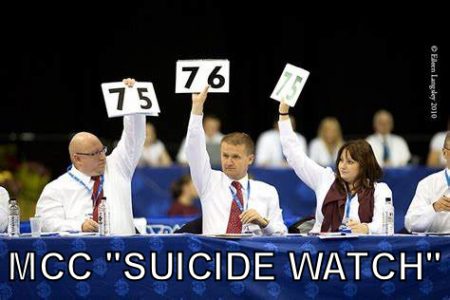