And so it begins

What the Left and the MSM screamed could never happen..has.

What the Lamestream media™ claimed could never be done..has been done.

This will be one of many long talks, discussions on major issues, Pres. Trump has succeeded ion getting Kim Jong-Un to the table, and todays conference is one of many in the future.

A stable and hopefully peaceful Korea.

An end to the enmity and fear that has pervaded Korea since Panmunjom.

Discussions and negotiations on disarmament.

A US official told CNN the pair would sign an agreement to acknowledge their meetings’ progress and pledge to keep momentum going.

This wont happen tomorrow, it wont happen in a week. It may not happen in a year. But eventually, with Gods grace and wisdom, over time, we may see an end to the Hermit Kingdom. In much the same way as it took decades for Soviet Russia to rejoin the rest of the world, this will take time.

But it will happen.

1. The United States and the DPRK commit to establish new US-DPRK relations in accordance with the desire of the people of the two counties for peace and prosperity.

This serves as an acknowledgement that the US and North Korea are seeking to leave their hostilies behind and move towards peace.

2. The United States and the DPRK will join their efforts to build a lasting and stable peace regime on the Korean Peninsula.

Until now, the US and South Korea have had an alliance against North Korea and its nuclear regime. This means the US and North Korea will move towards dialogue and pursue an end to their hostile relationship.

3. Reaffirming the April 27, 2018 Panmunjom Declaration, the DPRK commits to work toward complete denuclearisation of the Korean Peninsula.

The Panmunjom Declaration was adopted by North and South Korea during the 2018 inter-Korean Summit in April. It stated that the two sides would agree to work together to end the Korean War and bring about a new era of peace, including denuclearisation. This point serves as a reiteration of that.

4. The United States and the DPRK commit to recovering POW/MIA remains, including the immediate repatriation of those already identified.

The United States and North Korea will work together to identify the remains of American Korean War casualties — a move veterans advocates have been pushing for. Over 7000 American service members from the war remain unaccounted for

And here we have the response from the Progressives, Liberals, Democrats, CommuNazis, (Sorry, I’m repeating myself) and the Never Trumpers when they were informed what was happening.

And no, Bren, my head is not ‘exploding’, nor am I wringing my hands over any of this. I am actually GLAD that Trump went to Indonesia to speak with Kim Jung Un. I actually DO have hope that the two of them can iron something out that is acceptable to all parties For someone who keeps telling me how… Read more »

I’ll keep toes crossed that something actually comes of this.

Unfortunately I am leery. For decades, NORK has reneged on whatever they agreed to the moment they got whatever they managed to extort for those promises.

This is a beginning. Little else. But its a start..and its a massive improvement on what we had before..nothing. No one is saying it will be fixed in a day..it wont. “Trump lies” We wont discuss the lies of Shrillary or the multiple crimes of SCOAMF..nah lets sling off at the President who did what no other President has done.… Read more »

https://www.nationalreview.com/2018/06/iran-nuclear-deal-disaster-from-the-start/ 1) On the eve of Trump’s decision to withdraw from the deal, Israeli prime minister Benjamin Netanyahu’s dramatic televised disclosures of captured Iranian documents more or less confirmed the obvious: Iran never had any intention of forgoing its nuclear-bomb-making efforts, as implied by prior politicized national-intelligence estimates. The only mystery was why Iran had carefully recorded evidence of its… Read more »

But I will tell you what IS an “abomination”: An American president who just lavished praise upon a murderous despotic dictator, who keeps his people impoverished, runs the world’s largest and longest running concentration camps in modern history, and is responsible for hundreds of thousands of his own people dying just so he could build his nuclear arsenal and threaten… Read more »

I know this because it has been known by virtually everyone since 1952.

That’s a few years before I was born–but in my six decades I recall no one ever saying this.

Maybe, once you’ve set the National Archives in order, you can share this intelligence. Otherwise “Everyone knows” doesn’t cut the yellowcake.

The drills are on hold for the time being. Thats SOP. Right now we need Kim pliable and ready to talk…the drills can wait and that wont hurt anything,. Training continues.

“But I will tell you what IS an “abomination”: An American president who just lavished praise upon a murderous despotic dictator, who keeps his people impoverished, runs the world’s largest and longest running concentration camps in modern history, and is responsible for hundreds of thousands of his own people dying just so he could build his nuclear arsenal and threaten… Read more »

Trump wants so badly to be an authoritarian dictator.

He attacks the press He calls them out on the buillshit we have seen for decades. Its no accident that CNN was called (and is still called) The Clinton News Network; he puts down our allies, With allies like the EUROweenies who the fuck needs enemies? Europe is already partly Islamised, France has no go zones, the Italians have had… Read more »

My bottom line is this: We may not get anything concrete out of this, it’s not like commie arsehats have a history of being trustworthy, and certainly not the deranged fucktards of North Korea but, and this is a huge but to me: We didn’t give a damn thing away in return either. No more danegeld, no $150 billion with… Read more »

[Caption:] Trump makes history by being the first American president to salute an officer of a sworn enemy.

I don’t happen to know if the other guy saluted first. 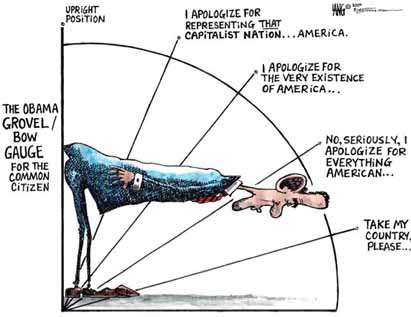 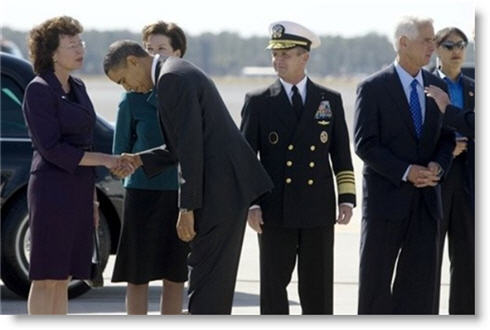 but Indonesia is less than ten miles from Singapore.

shortest distance between Bali and Singapore is 1,660 km

Indonesia is more than Bali. Indonesia is a collection of islands, and many of those islands are quite close to Singapore. Fire up your Google Earth and take a look.

Indonesia is more than Bali. Indonesia is a collection of islands, and many of those islands are quite close to Singapore. Fire up your Google Earth and take a look. Thanks but actually seeing as I live in that neck of the woods, I can state for a fact that other than some deserted island populated by seagulls, there is… Read more »