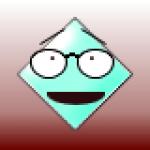 I know I know they always do it’s their nature. But this is something special…and different.

The Twattersphere™ is in a knickerknot uproar over HBO’s announcement of their new series “Confederate”, where the South won the Civil War.

Screams of “racist” and “old white men” and “A Trump fantasy” have been heard. Again, nothing new. For me however, I look at that new series and smile. See…these entitled, stupid ignorant halfassed millennials never picked up a book. Never read any history.

Dont know that, were it not for a sudden change in tactics, Peenemunde would never have been bombed. The British scientists sneered at the idea of an atomic bomb, calling it “silly water”. They and others laughed at the concept of such a device even existing.

Then the V1’s and V2’s visited London. Thousands died.

The reality came home…Germany had a delivery system..all they needed was the warhead.

A demonstration strike on an uninhabited region.

“We have the atomic bomb. Surrender. NOW.”

Those of us older, wiser, hardened and educated in the vagaries of Lady Fate, are in no doubt that, had the above occurred, this planet would have screamed for centuries from the nightmare that was the Third Reich.

This world would be a graveyard…testament to the homicidal insanity of the Master Race.

There are times I ask myself if God above is not beside himself with grief over our stupidity and arrogance..our inability to learn from the evil that sleeps in the soul of Mankind.

That precarious line..that thread..between what was…and what could very well have been.

If the South had held the Mississippi.

If Stonewall Jackson had lived. One or two crucial battles..and yes, the South would have won. Where that destiny would have led, to what consequences for the United States and for the world that followed….no one can say.

But it could have happened. If one believes in the theory of alternate universes and alternate realities..maybe it did.

Alternate history teaches us a harsh, relentless lesson. One learned by the courageous Rotties who have seen combat, by the Emperor’s family who lived under the jackbooted murderous thugs of the SS.

Those who forget the past are doomed to relive it.

Those who forget the lessons of the past….are doomed.

Until I see a plot synopsis, I’m going to withhold judgement on the series. Meanwhile, I have my own problems.

Maxine Waters is going to pollute my state of New Hampshire this weekend with her racist, dumb as a stump presence.

As her name is Waters…all I will say in comment is..she too, shall pass.

I’ve linked to this piece and expanded somewhat on the uber-subject in my essay of today.

Those of us older, wiser, hardened and educated in the vagaries of Lady Fate, are in no doubt that, had the above occurred, this planet would have screamed for centuries from the nightmare that was the Third Reich. This world would be a graveyard…testament to the homicidal insanity of the Master Race. And instead the planet screamed for most of… Read more »

And I just saw this one this morning. It seems the Democrats in Maine have no problem at all with child mutilations.

Honestly, if you read this, please pass it along to anyone you know in Maine. If they have a Democrat Proglodyte rep, ask them why they hate little girls.

Maybe it’s my wariness working overtime but I just don’t see this series airing without some kind of political agenda. Some kind of reference to the politics of today and making some kind of vague association to the current administration. I think I’ll pass on it for that reason until I’m convinced otherwise

So. Did we dodge a nuclear bullet only to step in front of another one? I dont know. I dont. In all truth, there are times I wonder how the hell it is we are all still here. God knows theres been enough insanity already. Maybe Im just getting old…and jaded. I’ve linked to this piece and expanded somewhat on… Read more »

Emily: my point, more or less, was the screaming SJW’s kicking and wailing and holding their breath till they turn blue, are woefully ignorant of an old phrase my mother used often:

There but for the grace of God…..

..and also..if anyone, anywhere..thinks that slavery is not alive and well in the world today….

I dont know. I dont. In all truth, there are times I wonder how the hell it is we are all still here. God knows theres been enough insanity already. Me either. I’m just minded whenever I see sentiments like that that we bought victory over the Axis at the cost of Eastern Europe and East Germany, and Soviet dominion… Read more »

And the reviewers of “Dunkirk” have bemoaned the fact that there were not enough “Women and People of Color” in the HISTORICAL movie. Give me a freakin’ break…

It’s all about who’s first in the technology.

Agree with them, then point out the lack of quality roles for Asian and Hispanic actors in things like “Roots” and “A Raisin In The Sun”. That’s the fun thing about SJWs. You can *always* outflank them to the Left.

I never argue with SJW’s. I never engage with them or try to talk to them. I treat them the same as I deal with a brick wall.

I.e All I ever get from bashing my head against both is a headache.

Fuck ’em sideways with a perchpole..

If you don’t point out their failings to hew far enough Left, you are missing out on one of life’s great joys.

LCBrendan says: I’m a Rottie That means I dont “gently point out their failings” It means I use all my mental strength to slam down the almost irresistable urge to slap them upside the head and yell “What .the.fuck. is. wrong. with .you.” Don’t worry, Brendan. We’re fast coming up on the point where you’ll no longer have to resist… Read more »