So His Imperial Majesty has been trolling the usual GOPe sites such as Hot Gas and the Weakly Standard to see what they thought of the debate that we refused to watch and, apart from their usual wishcasting for a GOPe Wunderwaffe about to smash the Trump Tank Armies and liberate Berlin, ANY DAY NOW!, we did note numerous members of the Kommentariat babbling about Krispy Kreme Christie’s “excellent” performance. Something to do with the waddling land whale babbling about shooting down Russian jets over Syria.

Now, much as we don’t much like Volodya Putin’s vision of a future Russian-dominated world (while understanding why he’s stepping in to fill the vacuum left by the vacuous “Lightbringer”, der FUBAR), we were having a hard time imagining how Krispy’s suggestion that we fire the starting gun on WWIII over Russian planes flying over Syria could be seen as a “good performance”, so we suspected that some of the GOPe’s critics might have creatively edited Krispy’s comments out of context.

Turns out, we were wrong:

After heavily criticizing President Obama’s handling of Russia, arguing that “the only person this president attacks is Bibi Netanyahu,” Christie was asked what he would do with regards to Russia.

After being asked, “And then he flies through your territory?” Christie responded, “And then you take him down.” He added that this meant shooting down Russian jets.

Oooookayyyy… So what are Putin’s jets doing over Syria that’s so offensive that it warrants starting a world war over? Shooting at our forces? Because last we heard, the only shooting involving Russian jets had to do with our “friends” Turkey shooting down one for no good reason at all.

When asked whether he was prepared to start a war with Russia, Christie said, “Well, what you — well, I’m not prepared to allow Russia to try to bring Communist domination back to the world. And so it’s about choices Martha, it’s not just about what are you willing or unwilling to do, it’s what are you willing to permit to have happen. We spent untold treasure and American blood to eliminate the Soviet Union. We should not let it come back, and we have to do whatever it is we need to do to make sure Putin understands that putting the old band back together is not an option.”

Now, Krispy, we’re not at all fans of Putin’s aspirations to world hegemony (and fat chance of it happening anytime soon), and there are quite a few items on our list of Things He Oughtn’t Do and Maybe We Should Remonstrate With Him About Them™. Ukraine, the Crimea, his increasingly belligerent stance against the Baltic States would be some, and we’re not all that thrilled about him “getting the old band back together” either, but you do need to understand something, even if your fat embolism-addled brain has trouble doing so, and that is that Russia isn’t communist.

We would think that somebody who did so well in the debate, such a promising candidate as the GOPe Nomenklatura is trying to make you out to be, would understand basic facts like that, but it would appear that we would be wrong in that too. Putin’s Russia is many things, a whole lot of them unpleasant, but communist isn’t one of them.

Just a minor detail, but we think that a towering intellect of a presidential candidate ought to know these things. We obviously need to recalibrate our expectations.

We do, as somebody of some personal experience, offer remedial lessons, though. If you’re interested.

How To Recognize Different Types Of Communists From Quite A Long Way Away: 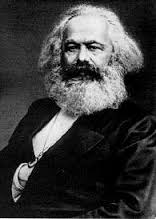 We have more advanced courses available too, should you be interested.

Second, just what is this grievous offense that those offending Russian jets are committing in Syrian airspace that you’d declare them legitimate targets and start a global conflagration over it? Bombing ISIS oil transports to Turkey? Because we’re sure that the Turks are miffed at losing their cut of ISIS blood money, which we suspect might have something to do with their trigger happiness when it comes to Russian planes.

It’s a dirty job, actually fighting the muslim animals who delight in burning people alive, throwing gay people off of buildings and murdering children, but somebody has to do it. And the U.S. under der FUBAR is obviously not up to it, seeing as how our air force can’t drop as much as a fire cracker on the poor misunderstood Religion of Peace without clearing it with the roaming Einsatzkommandos from JAG first, lest the paint on a mosque be scratched in the process. So we’re pretty fine with the Russians performing a valuable service in turning targets that actually deserve it into bloody paste for a change.

Is it because they’re supporting Assad at the moment? Or did we get that wrong during our absence? Have they switched sides again? Doesn’t matter, really. As long as muslims are busy killing each other, they’re too preoccupied to be killing us and our Jewish allies, so why not let’s just you and him fight, huh? We honestly don’t give much of a cuss. As long as it’s muslim animals killing other muslim animals, we’re pretty fine with it. And if the Russians want to speed up the process, then more power to them.

Obviously we don’t have the moxie to do so at the moment, what with the guy you were playing tonsil hockey with right after Tropical Fart Sandy in charge. No, Krispy, that wasn’t a “hurricane”. If you’re confused by the terminology, perhaps you should ask some Floridians what one looks like. They have extensive experience in the area, or so we’re told.

Bottom line, though: You want to start a world war over some Russian jets bombing muslim terrorists? Seriously? And that’s a “brilliant performance” according to the GOPe boot lickers?

Starting a global war, costing millions of lives (if the previous ones are anything to go by) is “brilliant statesmanship and great debate performance”, but stating that we should put a temporary ban on muslim immigration until we’ve sorted out how to filter the good eggs from the bad ones is fascism and beyond the pale, not to mention “not who we are?”

And you wonder why we despise you?

You can’t fix stupid, only render it down into oil for some lamps.

How about The Stalin and The Mao? And Obama on the waiting list?

Lets ask two veterans of land wars in Asia how that worked out for them against the Russians. Napoleon and Hitler. What say you gentleman.

We’ll get back to you when the laughing stops…

Library Czar @ #: Lets ask two veterans of land wars in Asia how that worked out for them against the Russians. Napoleon and Hitler. What say you gentleman. I’m sad to say I’m not that familiar with Napoleon’s campaign into Russia. The Nazi’s almost made it into Moscow, and probably would have won if it hadn’t been for that… Read more »